FPJ Evening Brief: From Centre's assurance to farmers to Rajasthan Panchayat polls, here are the top 5 stories of December 9, 2020

FPJ Evening Brief is your one-stop destination to the top 5 news stories of the day.
FPJ Web Desk 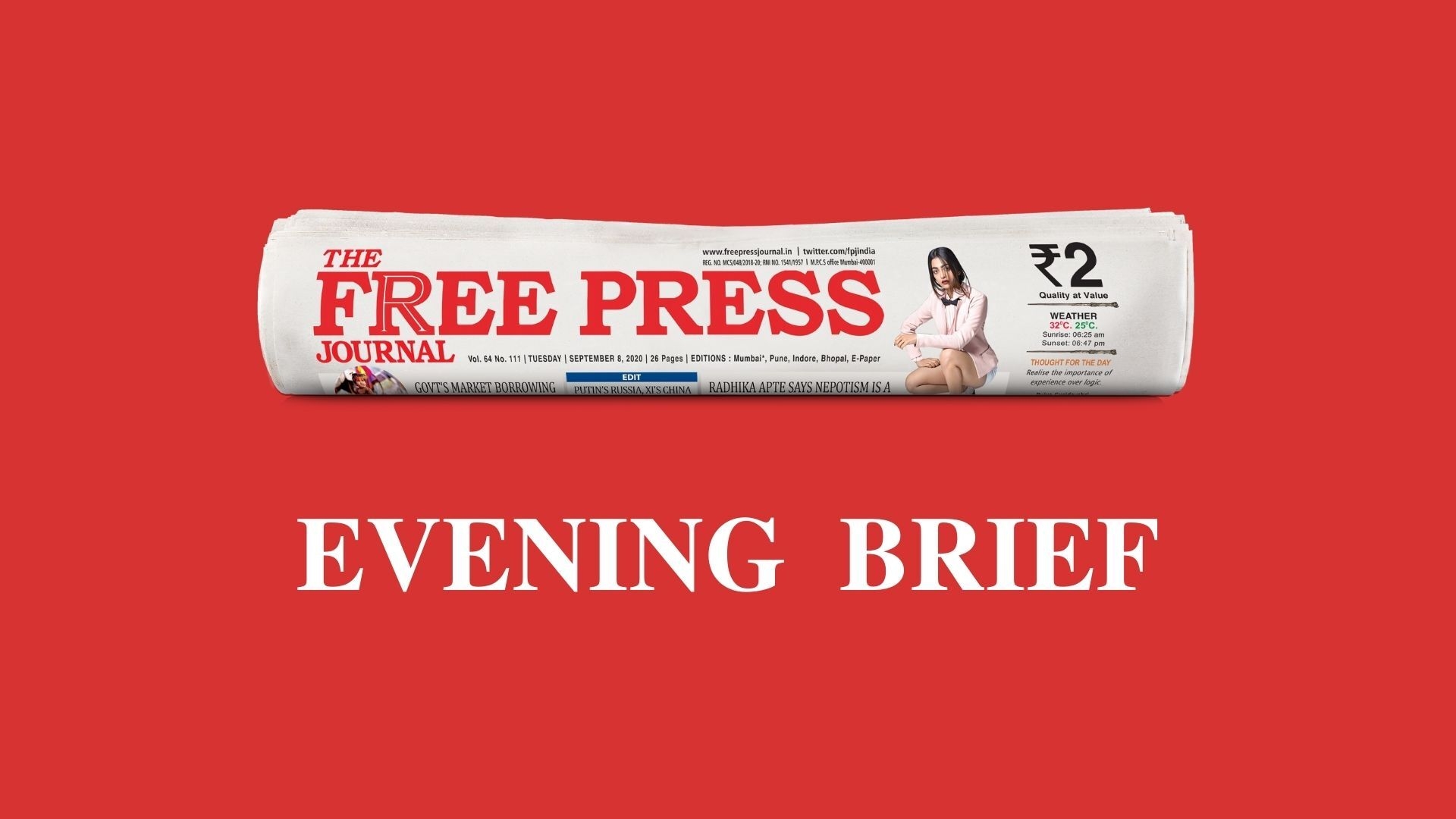 As thousands of farmers continue to protest at various borders of Delhi demanding the repeal of three new farm laws, the government today proposed to give a "written assurance" that the existing Minimum Support Price (MSP) regime for procurement will continue.

The government also proposed to make necessary amendments on at least seven issues, including one to diminish fears about the weakening of the mandi system.

In a draft proposal sent to 13 agitating farmer unions, the government also said it is ready to provide all necessary clarifications on their concerns about the new farm laws enacted in September, but it did not mention anything about the main demand of protesting farmers for the repeal of the laws.

Meanwhile, the farmer unions are going to hold a meeting and discuss further course of action.

In a major shocker to the ruling Congress government in Rajasthan, the saffron party has swept 1,911 seats in the recently held panchayat samiti elections while the Congress was limited to 1,781 seats.

The Independents gained 425 seats, the Bahujan Samaj Party (BSP) got 3 seats, CPI-M captured 16 seats and Rashtriya Loktantrik Party (RLP) got 57 seats. Besides, at the time of writing, counting for a few seats was still underway.

Meanwhile, the BJP has claimed that farmers have given their "mandate" for the agri reforms enacted by the Modi government as it cited its win in the polls.

BJP President JP Nadda said the saffron party's win in Rajasthan symbolises the trust the poor, farmers and labourers have in PM Modi's leadership, while senior party leader and Union minister Prakash Javadekar stressed that people, especially farmers, have given it a "decisive" victory.

Popular Tamil television actress, VJ Chitra was found dead at a hotel room in Chennai early on Wednesday and she is suspected to have died by suicide, police said.

The 29-year old actress, well known among television audience in Tamil Nadu was seen hanging from a fan at the hotel room, police said.

Chitra is best known for her role in Pandian Stores series currently airing on Vijay TV. She was portraying the role of Mullai in the serial.

Chitra began her career as a TV host and rose to become a popular actor. She had reportedly signed an upcoming Tamil film to portray a key role.

The Indian Air Force on Wednesday took objection to the "inaccurately" donned uniform of the force as well as the language used in the trailer of the upcoming Anil Kapoor starrer Netflix movie 'AK vs AK'.

In a tweet, the Indian Air Force (IAF) said "related scenes" are needed to be withdrawn. "The IAF uniform in this video is inaccurately donned & the language used is inappropriate. This does not conform to the behavioural norms of those in the Armed Forces of India. The related scenes need to be withdrawn. @NetflixIndia @anuragkashyap72," the IAF tweeted.

The offending video features Kashyap pitching a film to Anil Kapoor, who then proceeds to deny the offer rather vehemently using strong language.

The movie is directed by Vikramaditya Motwane and also features filmmaker Anurag Kashyap.

Wicketkeeper-batsman Parthiv Patel today announced his retirement from all forms of cricket.

"Today, I announce my retirement from all forms of cricket, and as I bring down the curtains on my 18-year-long career, I feel heavier with gratitude towards many. The BCCI showed a generous amount of confidence and faith in a 17-year-old boy to play for India," said 35-year-old Parthiv in a statement on Twitter.

Parthiv also thanked all the captains he played under. The wicket-keeper-batsman made a special note for BCCI President Sourav Ganguly, under whose captaincy he made his debut in international cricket.

Having made his debut in 2002 against England at Trent Bridge, aged 17 years and 153 days, becoming Test cricket's youngest wicket-keeper at the time, Patel played 25 Tests, 38 ODIs and two T20 Internationals for India.