Anil Kapoor is apparently dressed in an IAF uniform because he’s on set shooting a film when he is interrupted by Anurag Kashyap, who confronts him in the Vanity Van.
FPJ Web Desk 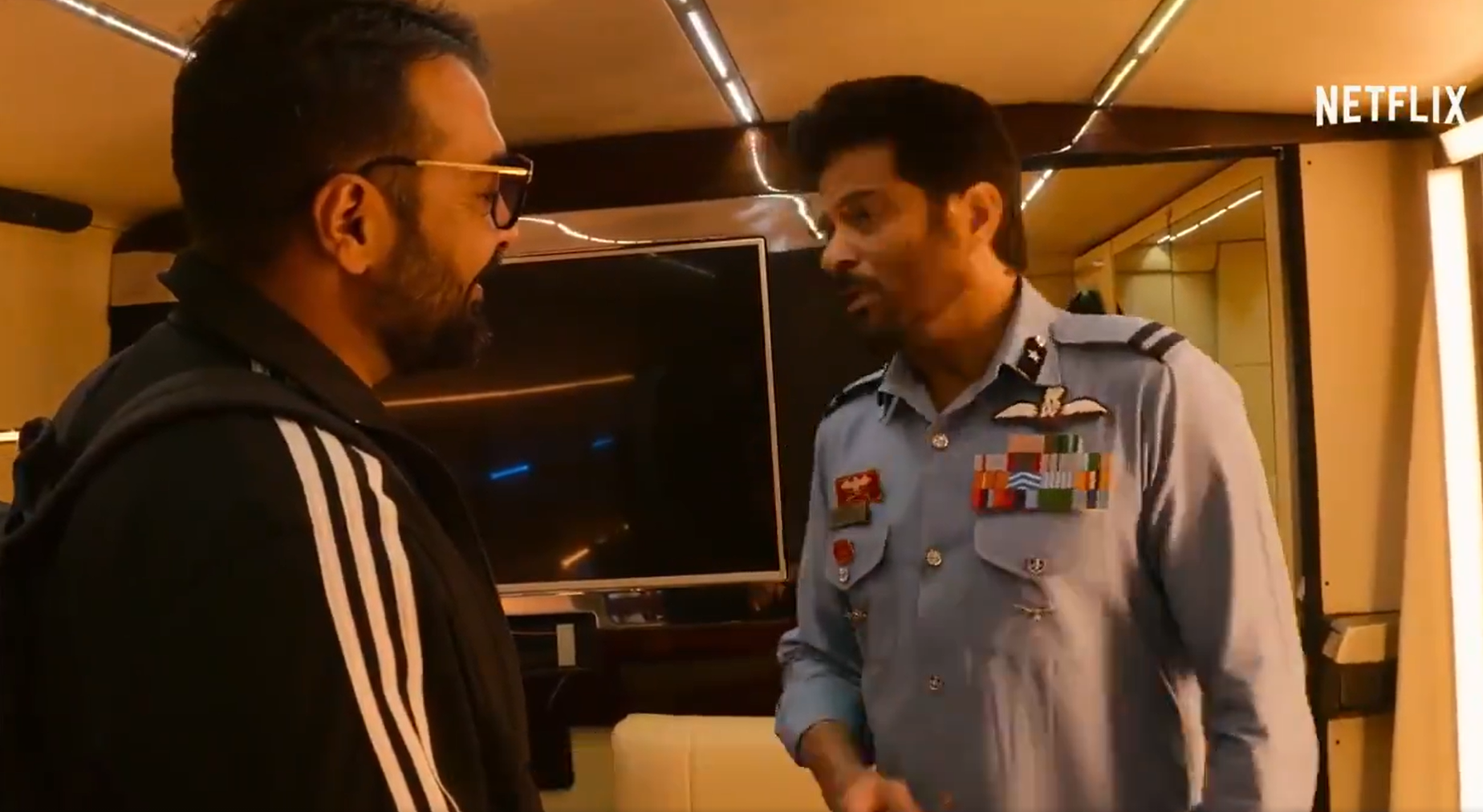 Over the last few days, there have been quite a bit of buzz about actor Anil Kapoor's Twitter 'war' with filmmaker Anurag Kashyap. The two have also appeared at a trailer launch event for their upcoming film seemingly at loggerheads with each other.

To give a bit of context, the two will soon feature in a Netflix movie titled AK vs AK that is slated for release on December 24. "After a public spat with a movie star, a disgraced director retaliates by kidnapping the actor’s daughter, filming the search for her in real time," reads the summary of the film. And while some have been left irked by this unusual promotional method, the two lead characters appear to have decided to channel their adversarial reel characters in real life.

'Just shows to what extent people can go for publicity': Suresh Menon on Anil Kapoor, Anurag...

Not everyone has found the recent exchanges amusing, but Kashyap says that he is not much bothered. "Have been getting calls and messages that there have been rumours about the recent developments in the promotions of #AkvsAk. I am not bothered by petty trolls and Bollywood bullies. I always say believe what you see," he tweeted recently.

But while social media trolls can certainly be ignored, it is a far bigger crisis when the Indian Air Force calls for scenes to be deleted from a film.

"The IAF uniform in this video is inaccurately donned & the language used is inappropriate. This does not conform to the behavioural norms of those in the Armed Forces of India. The related scenes need to be withdrawn," the IAF tweeted on Wednesday in response to the "real narrative" video shared by Anil Kapoor.

The offending video features Kashyap pitching a film to Anil Kapoor, who then proceeds to deny the offer rather vehemently using strong language. And while some in the comments section appeared to find the interaction humorous, the IAF was not amused.

Netflix released the trailer of its first mockumentary drama in India, AK Vs AK, scheduled to release on December 24, 2020. The film traces the journey of a ‘full-of-himself’ film director Anurag Kashyap, as he kidnaps the daughter of one of Bollywood’s most iconic living legends, Anil Kapoor. What follows is Kapoor’s desperate search for his daughter, as he races against the clock. Directed by Vikramaditya Motwane, AK Vs AK is produced by Andolan Films.

The character played by Anil Kapoor is not playing someone from an IAF commodore.

Anil Kapoor is apparently dressed in an IAF uniform because he’s on set shooting a film when he is interrupted by Anurag Kashyap, who confronts him in the Vanity Van. Anil is in costume. Anurag tells him that Anil has only 13 hours to rescue his daughter - Sonam who has been kidnapped. Anil runs out in his costume (which happens to be a uniform) - the film is set over the course of that one night.