Valmiki was a Maharishi, a great saint, who portended the story of Lord Rama. He is regarded as the first poet in Sanskrit language and hence, also revered as Adi Kavi. He composed the first poem, RAMAYANA, wherein he brought himself into this epic.

Interestingly, after he repented for his sins, he was initiated by the Great Sage, Narada, to meditate on the name, “Rama”, with the purpose of bringing in balance and further Spiritual upliftment to become a Saint.

The First Verse in Sanskrit

Strangely enough, the words of the first shloka were curse words from the Maharishi. One day, as he was bathing in the river Ganges, he saw a crane (kraunch) couple mating. He was extremely happy and experienced bliss seeing the birds. Suddenly, the male bird was hit by an arrow, and died. The female bird screamed in pain and died immediately. Anger came upon Valmiki and he cursed the hunter in a haste. This spontaneous curse became the first verse in Sanskrit. The curse literally meant, “Oh hunter, may you not get rest for eons, for you killed a ‘Kraunch’ from the pair, when they were in so much bliss”. After calming down, when he looked upon the curse from a higher perspective, it sparked a vision to create a Mahakavya, which is known as Ramayana.

Valmiki’s Life before Transformation as a Saint

He is said to be a robber named Ratnakkardah in his early life. He lived in a forest and his wife and children were in a town nearby. Before that, he was a soldier and he used to kill soldiers who behaved brutally towards the women of those who lost the war. That made the king and other soldiers go against him. So, he had to escape from there. Later, he became a robber and lived in a forest.

One day as sage Narada passed through the forest, Ratnakkardah threatened to kill him, if he did not give away all the wealth that he had. Narada did not get afraid, and instead asked him why he was committing such a sin. Ratnakkardah did not consider this to be a sin and justified that he was robbing others of wealth in order to take care of his family. To this, Narada questioned if his family would be willing to share the sins that he was earning while using the money from such wrong doings? Ratnakkardah had never thought about this earlier. He tied Narada to a tree and hurried home to check with his family. His family disagreed to share his sins. They said that it was his responsibility to earn for them and that they had nothing to do with how he earned the money.

Suddenly, reality dawned upon him and he realized the negative entitlement that he was generating by his actions. He ran back to Narada and pleaded him to help and save him from all the sins that he had committed. There are a few different versions of this story, but essentially, he was initiated to chant the mantra of “Rama”. With this immense tapas he became a great saint and came to be known as Valmiki (the one who came out of an ant hill, which was formed around him during the long intense tapas). He later went on to write the epic of Ramayana.

You can notice here that the mantra “Rama” was chanted even before Lord Rama was born. Hence, you can observe this indication in many bhajans as “Ram se bada Ram ka Naam”. This mantra is used to balance the 2 aspects, Ida and Pingala, of an individual. “Ra” means Pingala (yang meridian or Surya nadi) and “Ma” is Ida (yin or Chandra nadi). This balance helps to become Spiritually Righteous by regular practice.

Sage Valmiki's life teaches us that we do not need several incarnations to change and move in right direction. There are many people who have transformed in just the same incarnation and become great Saints through repentance and by taking remedial action, by recourse to dharma, under the guidance of the Great Sages. By treading the path of Spiritual Righteousness, they turned around to become a Saint in the same incarnation, climbed great heights and advanced spiritually. One such great Saint is Valmiki, who got transformed and later authored the great Hindu epic, the Ramayana Mahakavya, a story of the Avatar Rama! Consequently, if you are determined, transformation is possible in this very incarnation. This is called “MUMOOKSHATWA”, which is, intense desire to get liberated in order to help others or earnest passion to achieve spiritual upliftment, to tread the path of Spiritual Righteousness. However, a guide or Guru is required to show the path. In this case, Valmiki was guided by the sage Narada.

With a burning desire to move in spiritual direction under right guidance, you can turn around from any serious karmic condition and achieve great heights in this very life. The deep fondness to contribute to humanity and other kingdoms of nature is Divine Love. You may join us in our daily online sessions to bless and contribute to the entire Earth and each of the Continents during this pandemic, using the loving kindness Meditations and Prayers, such as, Planetary Peace meditation, Metta Meditation or Great Invocation. You may also experience the peace that you can accomplish by practicing the Forgiveness Sadhana, breathing exercises and also improve your immunity by using all these techniques. There is also a powerful guided Divine healing in these sessions. These sessions are extended up to 31st March 2021 @www.Facebook.com/ShriNJReddy. Timings: Morning 7.15 AM, Afternoon 1.00 PM, Evening 6.30 PM.

You may also try our YPV Sadhana app which is available for free in various languages. It has guided audios for simple physical exercises, breathing exercises, Forgiveness Sadhana and Planetary Peace Meditation. As said, these techniques also boost your immunity! 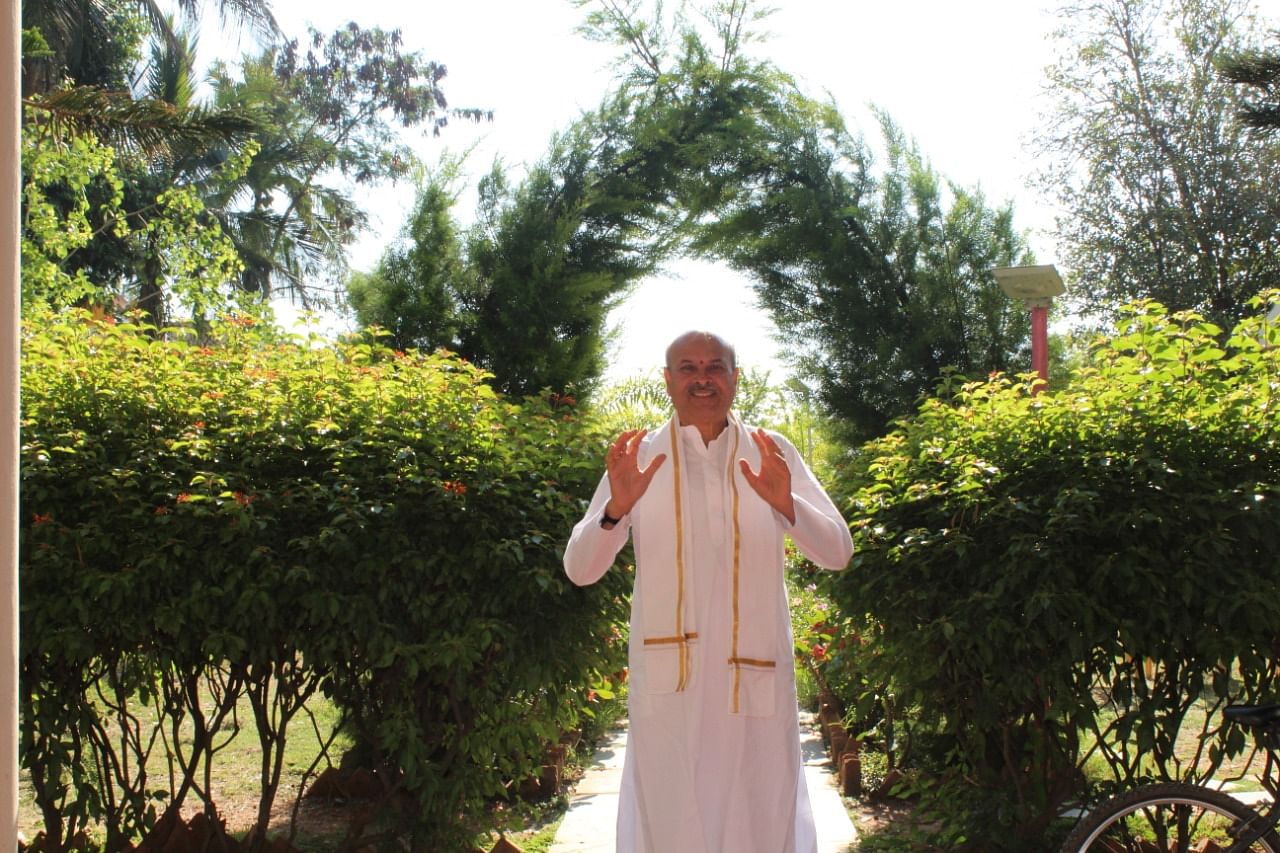 Narmada Jayanti 2023: Date, significance, and all you need to know about the day of the holy river

Basant Panchami: Wishes and greetings to share with your loved ones