Ujjain: Ex-Chief Minister Digvijaya Singh on Friday lashed out at the BJP government over the issue of de-reserving Simhastha Fair land to fulfil the vested interests of builders, land mafia and BJP leaders.

"Higher education minister Mohan Yadav, who belongs to Ujjain, has vested interested in the diversion of a land reserved for Simhastha Fair to the commercial use," he alleged.

In a letter addressed to CM Shivraj Singh Chauhan, Digvijaya said that land to host Simhastha Fair in Ujjain which is held every 12-year used to be increased in wake of increase in footfalls of sadhu-sant, people, vehicles, etc.

In 2004, the Simhastha Fair was organised in 2,151 hectares while the area was enhanced to 4,151 hectares in Simhastha Fair-2016. ìThus, the area for would have be to increased Simhastha Fair-2028, but, in is unfortunate that instead the present government is tampering with the land use of the reserved land under the pressure exerted by builders, land mafia and BJP leaders,î he added.

Read Also
Bhopal: Man axes sister-in-law to death over her alleged relationship with another man in Bengaluru... 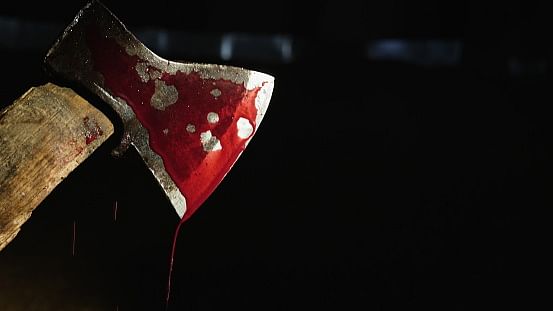 The ex-CM alleged that in the name of Master Plan the cabinet minister Mohan Yadav has been seconding the side of builders by being instrumental in diverting the land reserved for Simhastha Fair at village Sanwarakhedi and Jeevankhedi to the housing purpose.

ìIt seems that Yadavís vested interested are involved in the land-use change exercise,î he asserted.

Digvijaya even said that despite serious objections raised by BJP MLA Paras Jain and BJP MP Anil Firojia for the issue, State government has been sidelining genuine things. He demanded the CM to immediately stop unholy exercises of land-use change and land diversion. IT'S THEIR FRUSTRATION: BJP

Meanwhile, the BJP has rejected the allegations for ex-CM Digvijaya Singh which he levelled against cabinet minister Mohan Yadav. In a statement, City BJP chief Vivek Joshi said Digvijaya accusations against Yadav only indicates the frustration of the Congress which has been deprived of omitting corruption in the name of Simhastha Fair in Ujjain.

ìIt is the visionary planning of the Ujjainís peoplesí representatives that the worldís biggest religious event was held without any problem,î Joshi said. He also said that there is no need of any suggestion from Digvijayaís side as everybody knows that his name is synonymous to devastation (bantadhar) and the State experienced it during his 10-year regime very well.