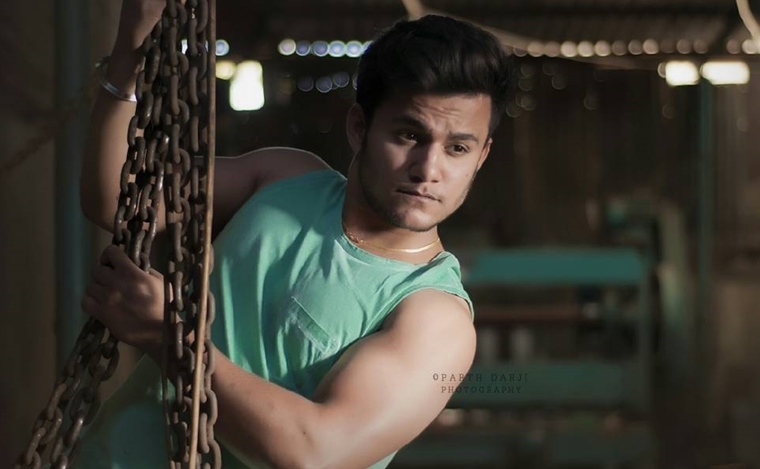 Disgusting, vile, pathetic – words can’t describe how disturbing it has been to watch the misogynistic rant and rape threats shared by YouTuber Shubham ‘Moron’ Mishra who targeted comedian Agrima Joshua in his latest video.

Joshua, who quoted jokes from Quora about Chhatrapati Shivaji Maharaj in one of her earlier videos, became the punching bag for those who claimed to be the revered King’s followers, which included political leaders and party members. Despite her apology and removal of the clip, Mishra’s video comes as a distasteful and nerve-wrenching move.

Mishra’s video has been fueled by the so-called action initiated by our very own Home Minister of Maharashtra. If the leader of our state shows this level of promptness as Swara Bhasker said, “for a long deceased king”, one can expect him to be vigilant of Mishra’s threats against a living woman. Who is Shubham Mishra – the man who threatened comedian Agrima Joshua with rape?

It was only after comedian Kunal Kamra shared the video that the National Commission of Women took cognisance and asserted that strict action will be taken.

While Shubham has deleted the video, he released another one apologising for getting too emotional after getting to know what Agrima had said about Chhatrapati Shivaji Maharaj. He claimed he didn’t mean to give rape threats, even though one wonders what he meant when he said: “I will f** you from behind. My d*** will go like a snake through your arteries pancreas and come out through your mouth."

If this isn’t a violent rape threat, one doesn’t know what is. The chaos right from Agrima’s video being surfaced online to the threat video made by Shubham has raised many important questions that cannot be ignored.

The idea of what offends you might not offend another is vague. For the state leaders to involve in something that was quoted from a forum and hold a woman accountable for simply stating it is beyond outrageous.

The silence of so-called liberal leaders, who love virtue-signalling on Twitter, is particularly deafening. It is even more naïve to not condemn an imbecile openly. Perhaps the leaders we elected could maintain balance by not just moral policing on deceased kings and queens, but maintain balance on what accounts for appropriate behaviour on social media.

Would justice be served if Joshua was detained in custody and Mishra excused because he spoke in favour of a topic that might suit our political leaders?

There’s absolutely no doubt that Shubham Mishra’s word is a direct threat and would easily pass the Brandenburg Test, the gold standard to distinguish between free speech and hate speech.

The test states that the government may prohibit speech advocating use of force or crime if the speech satisfies both elements of a two-part test:

The speech is “directed to inciting or producing imminent lawless action,” AND

The speech is “likely to incite or produce such action.”

Comedians, regardless of their political bias, should not be spared for something as heinous as openly threatening, how they would “shove a p**** up a woman’s a** while it comes out from her mouth.”

It doesn’t matter how emotional one gets, one has no right to abuse a woman. That should be enough to argue.

Agrima apologised for something that wasn’t outright offensive, but rather subjective to those who were offended by it. She was making fun of a statue, and castigating someone for not sharing a sobriquet is almost like a blasphemy law.

Mishra also followed suit after the outrage and deleted the video apologising for what he said. His video isn’t as juicy as the one where he threatens with rape. This one’s dry and lacks remorse. In no way is he trying to imply that what he did was absolutely wrong, but rather felt the need to vent out because his very own person was mocked.

As for our leaders, we expect them to retrospect their actions on social media, which directly or indirectly act as a catalyst for someone to be as undeterred as Shubham Mishra, who think it is macho and heroic to go on a misogynistic rant on a free platform.

Several prominent politicians and NCW has promised action. If Shubham Mishra had shouted this at a woman on the street, he’d be behind bars. There’s no reason why he shouldn’t be imprisoned for saying the same vile things on video. Mishra’s sentencing would be a reminder that actions have consequences, and no one can abuse a person just because they disagree or don’t share the same sentiments as you do. 'Strict action against this moron': Twitter demands Shubham Mishra's arrest after he threatens...