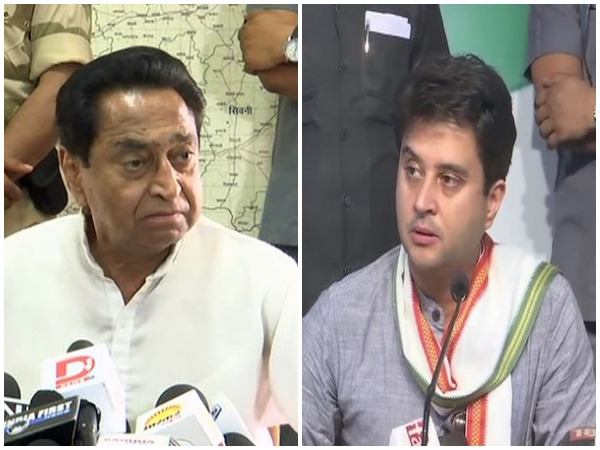 After 16 hours of drama that began in Madhya Pradesh, moved to Karnataka, and finally ended in the national capital, Jyotiraditya Scindia resigned from the party. In a curt letter to acting Congress President Sonia Gandhi, Scindia said, “While my aim and purpose remain the same as it has always been from the very beginning, to serve the people of my state and country, I believe I am unable to do this anymore within this party.”

Earlier on Tuesday, Scindia met Prime Minister Narendra Modi and Home Minister Amit Shah in a closed door meeting that lasted nearly an hour. Speculations are rife that he may join the BJP, and while there is no confirmation, it looks as if it is all but official.

But how did this drama unfold?

In one of the tweets posted on his Twitter handle @digvijaya_28, the senior Congress leader wrote: "Modi, Shah are not bothered about the economy and employment.

The value of rupee is plummeting (but) they are busy spending crores of black money to destabilise duly elected Congress governments and destroying the social fabric of India. Utterly shameful."

His outburst comes in the wake of alleged attempts made by the state BJP to poach MLAs from the ruling camp, thereby leading to an existential crisis for the Kamal Nath government.

One day earlier, Free Press Journal had reported how the BJP was making an all-out effort to topple the state government to win two Rajya Sabha seats.

Congress MLA from Sabalgarh, Baijnath Kushwaha, alleged that the BJP had offered him money and a ministerial berth. Kushwah reached the residence of GAD minister Govind Singh and alleged that BJP leader Pramod Sharma had offered him Rs 25 crore and a ministerial berth. Kushwah said he had the recording of the offer made to him. Kushwah said Sharma had met him a month ago and made the offer.

"Those involved in buying MLAs using black money, are the ones who are afraid that their corrupt practices will be exposed by Congress govt. But Congress govt in Madhya Pradesh will run for 5 years. If needed, conduct a floor test," Madhya Pradesh Minister BS Rathore told news agency ANI.

On Saturday, Chief Minister Kamal Nath even went on to claim that his leaders were ‘not for sale’. “People thought that political leaders can be purchased. But in MP they are not for sale.”

There is no danger to the government, but Scindia should not be ignored, he said.

Only part of Sisodia’s statement is true.

On Monday, several Congress MLAs believed to be in the Jyotiraditya Scindia camp went missing amid allegations of horse-trading.

A source close to Scindia told IANS that more than a dozen Congress MLAs are in Delhi and they have switched off their cell phones. There are also reports that some of the party legislators might be in touch with the Bharatiya Janata Party (BJP).

The source said that the pro-Scindia supporters and MLAs want Scindia to be made the state party president along with a Rajya Sabha nomination.

While the desperation of bringing Scindia back on Tuesday was evident, the damage had been done at noon when he tweeted his resignation from the grand old party.