HomeEntertainment'People who I was confident would stand by me did not support me’: Shagufta Ali gets candid about her financial ordeals

'People who I was confident would stand by me did not support me’: Shagufta Ali gets candid about her financial ordeals

Veteran actor Shagufta Ali, who was diagnosed with breast cancer a few years back, has been candidly speaking about her financial woes for the past couple of months. The actress has been out of work since 2018, and her last acting gig was a cameo in the TV show, Bepannah. The pandemic only added to her troubles. But now, Shagufta is all set to turn a new leaf, leaving behind ordeals of the last few years. She is gearing up for the theatrical release of her new movie, Sumeru, on October 1. Helmed by Avinash Dhyani, the movie stars Avinash and Sanskriti Bhatt in lead roles and has been shot at the stunning locales of Uttarakhand.

“I was struggling to make ends meet; it was also difficult for me to even pay the doctor’s fees. I had been out of work for four years. But now it’s time for me to rejoice as I am out of my lows and enjoy acting again in Bollywood with Sumeru,” Shagufta shares excitedly.

Read Also
Shagufta Ali offered a role in a film amid financial crisis: 'Finally, my prayers are being... 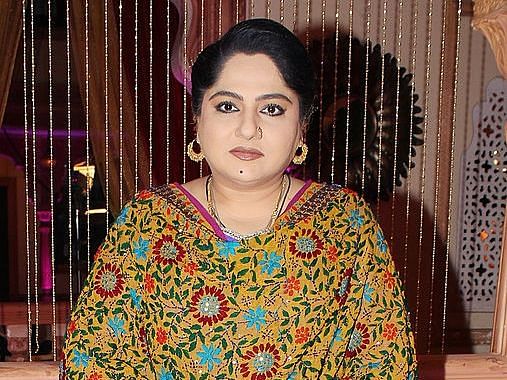 While not many from the industry came to her aid, Shagufta says she is grateful to filmmaker Rohit Shetty, actor Anupam Kher, actor Johny Lever, filmmaker Ashoke Pandit and filmmaker Aanand L Rai for being there for her when she needed help the most.

“It’s about the kind of bond you share with an individual. My hardship years made me realise that people who I was confident would stand by me did not support me at all. I used to think highly of them. Rather, I received help from people I never expected. But I have no ill feelings towards anyone, and I would like to say thank you to those who stood by me,” she opines.

During her recent appearance at a dance reality show, the team and the show’s judge, Madhuri Dixit, presented the Saans actor with a cheque of Rs 5 lakhs, which Shagufta emotionally accepted. But that’s not all; she has three more films in her kitty, details of which she wants to keep close to her heart for now. “I don’t want to pressurise myself. At the moment, I have Soumya Ganesh directed by Avinash Dhyani and two more films, so that’s more than enough. One of them is also with a big banner, but I can’t share the details. I am proud of my work and being a cancer survivor,” the 54-year-old says and adds that she wouldn’t want to call this her comeback.

The actress has been a part of several popular television shows like Punar Vivah, Ek Veer Ki Ardaas Veera, Sasural Simar Ka, Saath Nibhana Saathiya, among others. However, she is reluctant to go back to TV. “Right now, I am not keen to take on too much work. I have to be selective while choosing projects keeping my health in mind. Cancer survivors need to look after their health. There is a dire need for regular check-ups after you have survived cancer. I have to keep my diabetes in check. But overall, I feel fresh and fine. However, television will not be possible owing to my health — TV shows have long shoot hours. I am happy doing a handful of films. Let’s see how it all goes,” Shagufta signs off.

Read Also
'Had to sell my car and jewellery': Shagufta Ali faces major financial crisis due to lack of work,...

Avinash Tiwary reveals, 'I was intimidated and petrified when I read the script of Khakee: The Bihar...

Cooking Up A Storm With Seema Kiran Sajdeh: 'I don’t really like snacking in between my meals'

Kajol: 'I can't imagine anyone else playing Venky other than Vishal Jethwa'