HomeEntertainmentMimi review: This Kriti Sanon, Pankaj Tripathi-starrer is an insensitive take on surrogacy and motherhood

Mimi review: This Kriti Sanon, Pankaj Tripathi-starrer is an insensitive take on surrogacy and motherhood

There are legal, moral, ethical aspects to surrogacy that the writing is too lazy to explore

Will the real Mimi stand up please? Does it want to be a comedy? Or is it farce that it is aiming for? Or does it see a kinship in the hoary tradition of 1970s Hindi film melodrama of the ‘maa aur mamta’ variety? In its runtime of a little over two hours, it starts off as one kind, veers into another and keeps yoyoing across a spectrum of tonalities so that one never knows what’s coming next. Which can be good for a film, keeping the viewer guessing, but I dare say that’s not what the filmmakers intend here. In Mimi, it seems more like the scriptwriter and director are unsure of the material at hand and trying to cover all bases.

Mimi [Kriti Sanon] is a dancer in Shekhawati, Rajasthan, who dreams of making it big as a star in Mumbai. She needs money for her portfolio and the ‘viral’ music video a fixer in Mumbai has arranged for her. A childless American couple [Evelyn Edwards, Aidan Whytock] arrive in town looking for a surrogate. Wily cabbie Bhanu Pratap [Pankaj Tripathi] orchestrates proceedings so that Mimi agrees to carry the couple’s child in exchange for the money that will help her move to Mumbai. Of course, this requires a lot of subterfuge with her conservative parents for which she finds willing support from her friend Shama [Sai Tamhankar]. Things take a turn when the American couple abandon the idea after a report indicates some problem with the foetus.

Of course, everything turns out well after a lot of chest-beating, copious amounts of tear and some insensitive writing. Imagine, a Downs Syndrome child being described as ‘mansik vikaalang’ and a doctor declaring the child ‘disabled’! Or the act of surrogacy being repeatedly referred to in terms of ‘khet’, ‘beej’ and ‘ganna’ — we actually have Bhanu Pratap saying, ‘Inka phool tumhare garden mein laga rahein hain, mujhe maali ki naukri karne do na’. Then there are unfunny asides like Bhanu Pratap’s wife and mother turning up with barely 30 minutes to go. All these lead to a screechy melodramatic finale with the four-year-old child muttering dialogues that are a throwback to the way children in Hindi cinema were portrayed in the 1960s and ’70s.

Here’s a film that had a lot going for it. A sterling cast of actors. A.R. Rahman as the composer. A story with a strong emotive content, a timeless one at that — who does a child belong to, the woman who gives birth or the one who raises the child? But all of this is squandered. 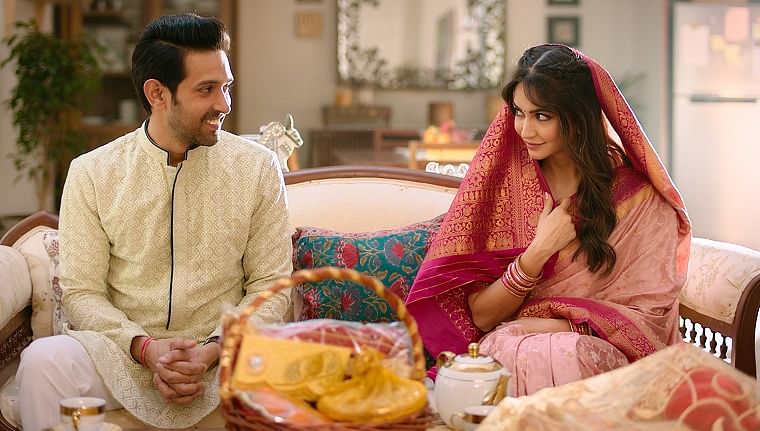 Pankaj Tripathi is now a bonafide ‘star’ and here he is playing to familiar ‘trappings’ — he knows what is expected of Pankaj Tripathi. The rest of the cast performs strictly to type. Then there’s Kriti Sanon who, if Bareilly Ki Barfi was any indication, can do the small-time girl with a charming insouciance. Here she is saddled with a ‘probelem’ of an accent that’s definitely not ‘hote’ and that ‘tame’ and again reminds us that there is nothing organic about the character she is playing. And when she responds to the word ‘surrogacy’ with ‘kiske jaisi?’, she stops being believable altogether — she is just Kriti Sanon trying to play ‘Mimi’, an almost fatal flaw in a film titled after your character. There is a moment when she first cradles the baby, a teardrop rolling down her cheek, and Shama asks her what it feels like to be a mother — just about the only moment in the film that feels true. If only the filmmakers had the sense to follow-up on this.

Read Also
Hungama 2 review: This Shilpa Shetty-starrer is a complete dud with every aspect of the film being... 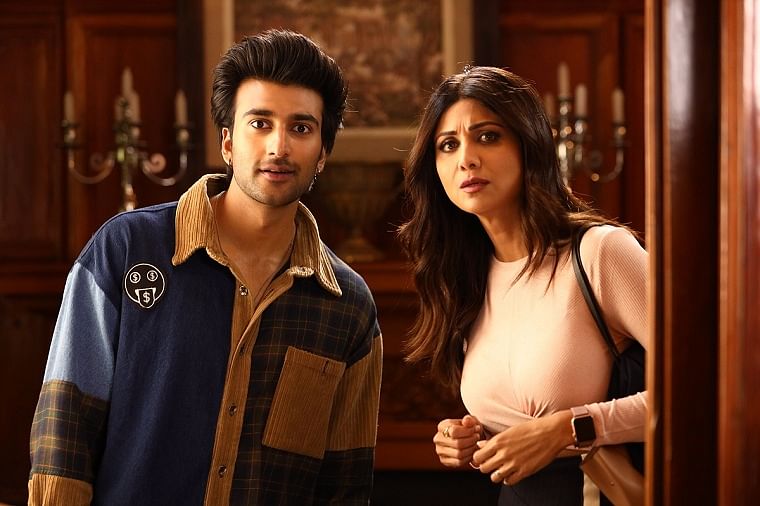 There are legal, moral, ethical aspects to surrogacy that the writing is too lazy to explore. Instead, it takes recourse to ‘comedy’ that is seldom funny and mawkish tripe that tries too hard to be heart-tugging cute. At one point towards the end, Mimi’s mother tells her, ‘Devaki bhi tu hain, Yashoda bhi tu’. I rest my case!

Not even A.R. Rahman’s score can rescue the film — the compositions as lacklustre as the film is banal.