It is good to be busting genres, but there’s no organic development here — just a mishmash of increasingly grating plot developments that lead to an implausible climactic final act, where the writer and director lose the plot altogether

Tapsee Pannu – here’s an actor who owns the characters she plays like few in contemporary Hindi cinema do. In Haseen Dillruba, she manages to give the mundane act of kneading dough the kind of sensuality one can’t help but admire. Or a cheesy line like ‘sambandh toh mansik hota hai … shaaririk toh sambhog hota hai’ a certain resonance even when you know that she is stringing along the officer investigating her involvement in a murder. Unfortunate then that the film loses itself in such a labyrinthine mess, and with it, Rani [Taapsee Pannu], a character that starts off flesh-and-blood before dissipating into something quite unrecognisable.

Haseen Dillruba begins explosively, literally so, with a blast. The story then unfolds as Rani’s narrative to the police officer investigating the death of her husband Rishu [Vikrant Massey] of which she is a prime suspect. (Though one could ask why on earth would Rani give in to police questioning without calling on a lawyer, except in the services of the scriptwriter’s convenience.) Even as you settle down for a dark murder mystery, the narrative changes tack to passionate love story – and keeps doing so with such regularity that you simply give up trying to make sense it.

The one true triumph of Haseen Dillruba lies in the credits being headlined ‘story, screenplay and dialogues by Kanika Dhillon’. I am not sure of many films where a writer gets that kind of billing unless she is the film’s director too. It gives an idea of the place Kanika has carved for herself with Manmarziyaan, Kedarnath and Judgementall Hai Kya. And like in these films, where she created women straining to break free of the boundaries of a patriarchal society, here too she gives a character to root for in Rani, not surprisingly labelled a ‘daayan’.

Tapsee is a hoot describing herself to her wannabe husband in bullet points, ending with ‘you get a great combo offer in me, beauty with brains and a hot body’. She is a woman who lives by the dictum pagalpan ki hud se na guzra, woh pyaar hi kaisa, who is looking for that one great love affair, that ‘amar prem’ she believes — in the words of the pulp fiction writer she adores and quotes, Dinesh Pandit — can be written only in blood. It is no wonder then that Rishu is too straightlaced and mild for her — there’s quite a gem of a scene where Rani describes his conjugal non-performance to her mother and aunt with a candour I found refreshing and quite radical for a Hindi film — and that she is swept off her feet by Rishu’s cousin, Neel [Harshvardhan Rane], with his hulk of a body and his river-rafting credentials. 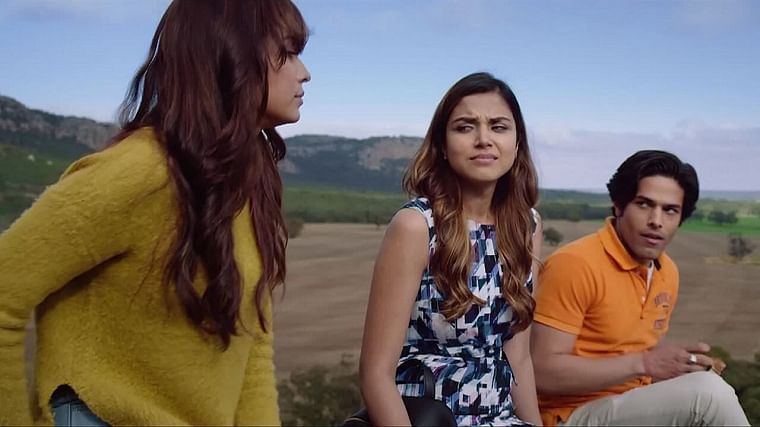 Sadly though, the character, like the film’s tonality, becomes increasingly inconsistent so much so that, beyond a point, her craving for her husband’s love in the aftermath of her affair begins to jar. As does the narrative arc. The film’s mystery bits exist uneasily with its love story aspects, which again never come together with the attempts at comedy, often in poor taste, for example, in the sequences involving Rani dropping her pallu to make a ‘man’ of Rishu. It is good to be busting genres, but there’s no organic development here — just a mishmash of increasingly grating plot developments that lead to an implausible climactic final act, where the writer and director lose the plot altogether.

One can look for the social and gender implications of a character like Rani. Unfortunately, the film never rises above what the fictitious author its protagonist swears by, Dinesh Pandit, would probably create in one of the many fevered pulpy fictions that are such a rage in small-town India and that you don’t mind leaving behind in a train after an overnight journey.

Read Also
Grahan review: A well-crafted story that keeps you glued to the screen 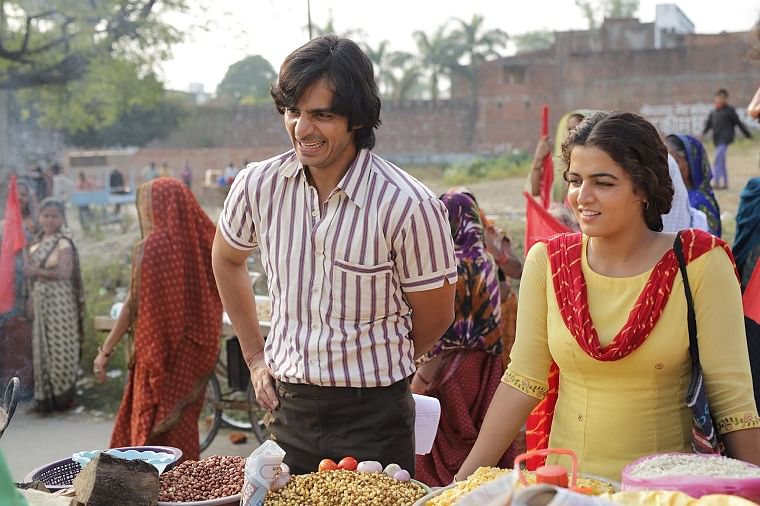