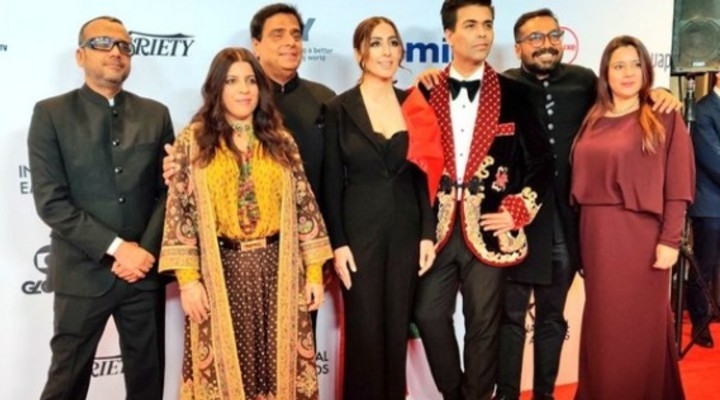 The 'Gully Boy' director Zoya stood out in a bright yellow top paired with a printed brown skirt. She wore a printed and colour co-ordinated jacket over the outfit and paired the same with brown boots. 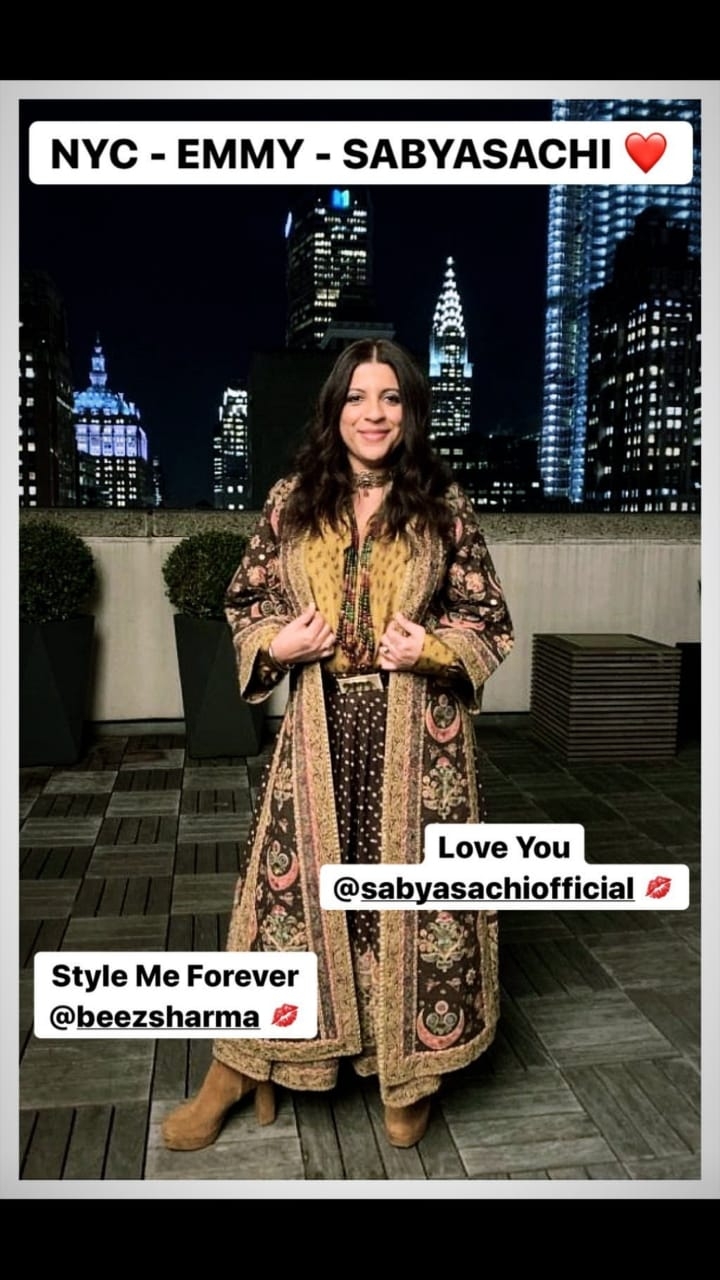 While Anurag and Dibakar kept it classy in simple black suits, Karan who is known for his eccentric fashion choices, opted for a decorated black blazer over plain white shirt and added a bow tie to the look. 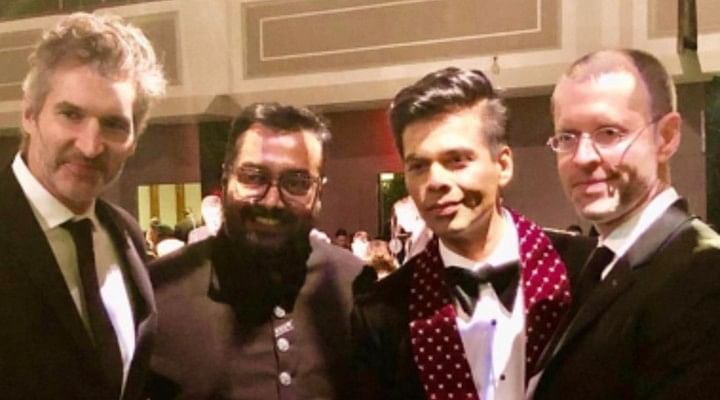 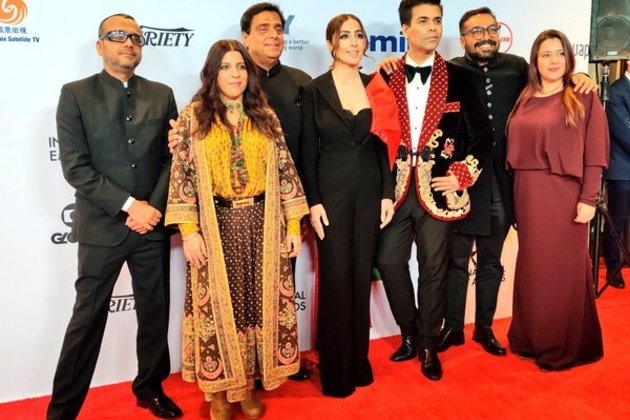 The Netflix film 'Lust Stories' along with two other Indian projects - 'Sacred Games' and 'The Remix' - has been nominated for the Awards.

Earlier on Monday, Karan shared a picture with Zoya, both dressed in black overcoats, in what seemed to be a hotel's hallway as they waited for the much-awaited ceremony to kick-start. 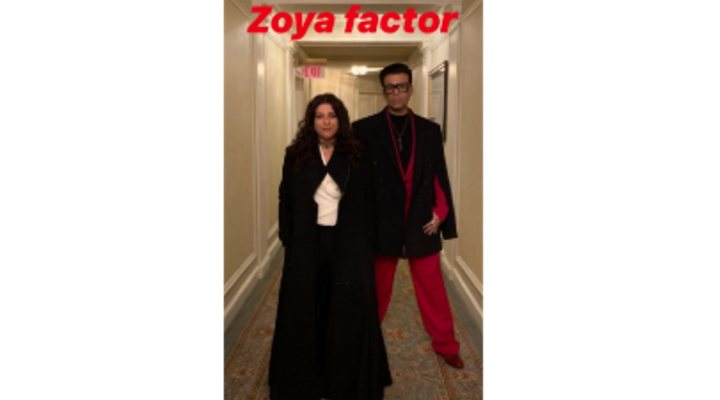 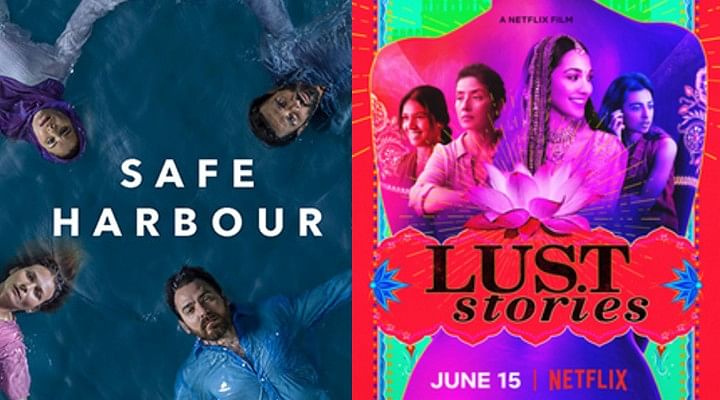