‘I came into the industry to be a playback singer, but became an actress by default’: Padmini Kolhapure

Padmini Kolhapure, who hails from a family of musicians and is the niece of legendary singers, Lata Mangeshkar and Asha Bhosle, is teaming up with her son, Priyaank Sharma, to sing the first track of his newly-launched record label
Roshmila Bhattacharya 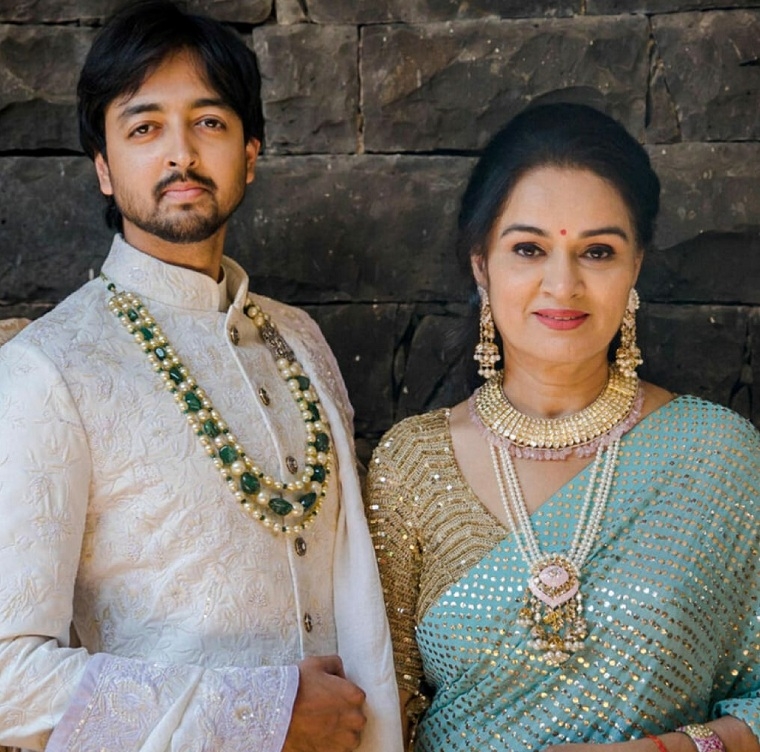 There’s something refreshingly unstarry about this mother-son duo, taking forward a family legacy, musically. Excerpts from our conversation…

Padmini, it’s so wonderful to hear you sing after so long…

Priyaank: I’ve been after mum for so long. At Ganpati or other family functions, Shivangi maasi, Tejasvini maasi and mum sing so beautifully during antakshari sessions. I’m so happy and grateful I could persuade her to be a part of Hum Hindustani, the first track of our record label, which carries forward the legacy of my grandfather, Pandit Pandharinath Kolhapure.

Padmini: This record label is such a brilliant idea. Since Priyaank is from the industry and has a musical background, it’s not just a business proposition, it’s close to his heart.

Priyaank: (Laughs) Everyone from my mother’s side is a good singer apart from me, I’m trying to change that. My grandfather, his father and brothers, my grand aunts, Lataji [Mangeshkar] and Ashaji [Bhosle], my maasis, my cousins, Shraddha and Siddhanth, everyone sings and plays an instrument. Hopefully, they’ll record all the songs I’ve planned for them.

How did the song, launched on Independence Day, come about?

Priyaank: My first film as an actor, Sab Kushal Mangal, released on January 3, 2020, soon after the pandemic hit us and everyone’s lives came to a standstill. It gave us time to reflect, and since movies and music are an integral part of my being, last November, my partner, Paras Mehta, and I decided to launch Dhamaka Records. When brainstorming on the first track, we were wondering if we should do something with mum or my cousins. Then, because the idea of the label has grown out of the pandemic, we decided to pay a tribute to the resilience and dedication of our frontline warriors.

Padmini: We didn’t plan for an Independence Day launch, but Kashish (lyricist-composer Kashish Kumar) and Dilshaad (music director, Dilshaad Shabbir Shaikh) track resonated instantly as it’s not the typical rashtriya gaan. Since I tested positive for Covid in June and had to isolate myself for 14 days, I can understand what people are going through. So many lives and livelihoods are lost. We are blessed to have homes and food; blessed that all communities have come together to help the less fortunate. The seva bhav is there in all Indians. 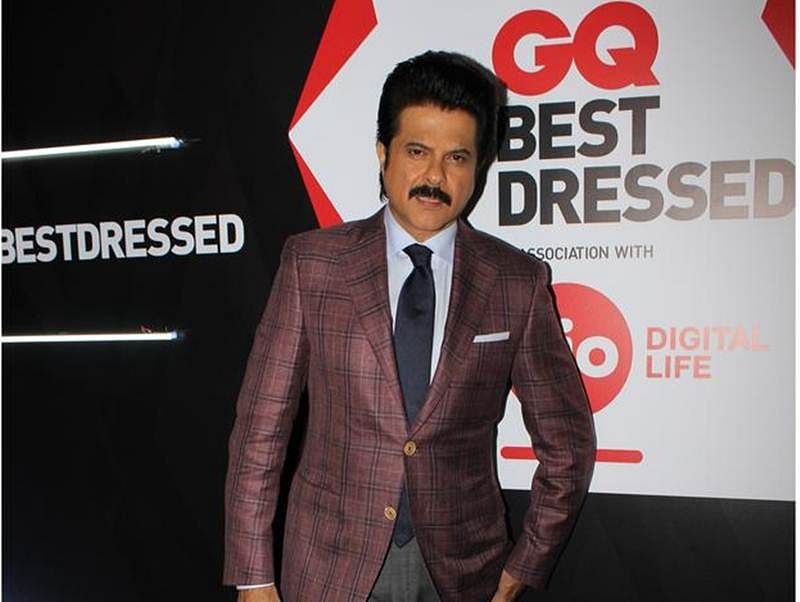 Anil Kapoor credits his career to the actress Padmini Kolhapure

The song features 15 voices, including Amitabh Bachchan, Alka Yagnik, Sonu Niigam, Shraddha and Siddhanth Kapoor, Tara Sutaria, Sonakshi Sinha and Shruti Haasan among others. You even managed to get Lata Mangeshkar...

Priyaank: Since the song is a tribute to Covid warriors, I wanted to start with Lataji, wanted her to bless us with her voice. She hasn’t been singing for a while, but told me that because the thought was so pure, she would do it.

Padmini: There are so many, Yeh galiyan, yeh chaubara from Prem Rog and Souten’s Zindagi pyaar ka geet hai, her songs for Woh Saat Din and Satyam Shivam Sundaram. She’s the nightingale of India, my contemporaries and I are fortunate to have Lata Mangeshkar lend her voice for us. At shows abroad, I also sing Lag jaa gale (Woh Kuan Thi?) and Ek pyaar ka nagma hai (Shor), though they are not from my films.

How does it feel to sing on stage today?

Padmini: It feels good. I came into the industry to be a playback singer but became an actress by default. It brings back memories of Laxmikant-Pyarelal, RD Burman, and so many others. Back then, one would spend all day at the studio, now I can record from the comfort of my own home. For this song, I did a few takes and sent the one I thought was the best. Amitji [Bachchan] had a few words, “Aaj pura Bharat kehna cha raha hai” and sent us five takes with a text, “I like the second and third”, leaving us to choose what we wanted. What professionalism! My respect for him has gone up hugely.

Priyaank, how about an album with your mother?

Priyaank: Absolutely. Now that she’s started singing, I will keep motivating her. She’s sung an iconic track — won’t name it now — which will come out as a separate single.

Why is Asha Bhosle missing from the track? And your aunts?

Padmini: Ashaji was busy and as we were working to a deadline, we couldn’t wait. Shivangi was travelling and couldn’t do this as she needed a proper mic. We missed them and Tejaswini, but there will be other opportunities.

Priyaank: I’m planning to go to Ashaji with something soon. 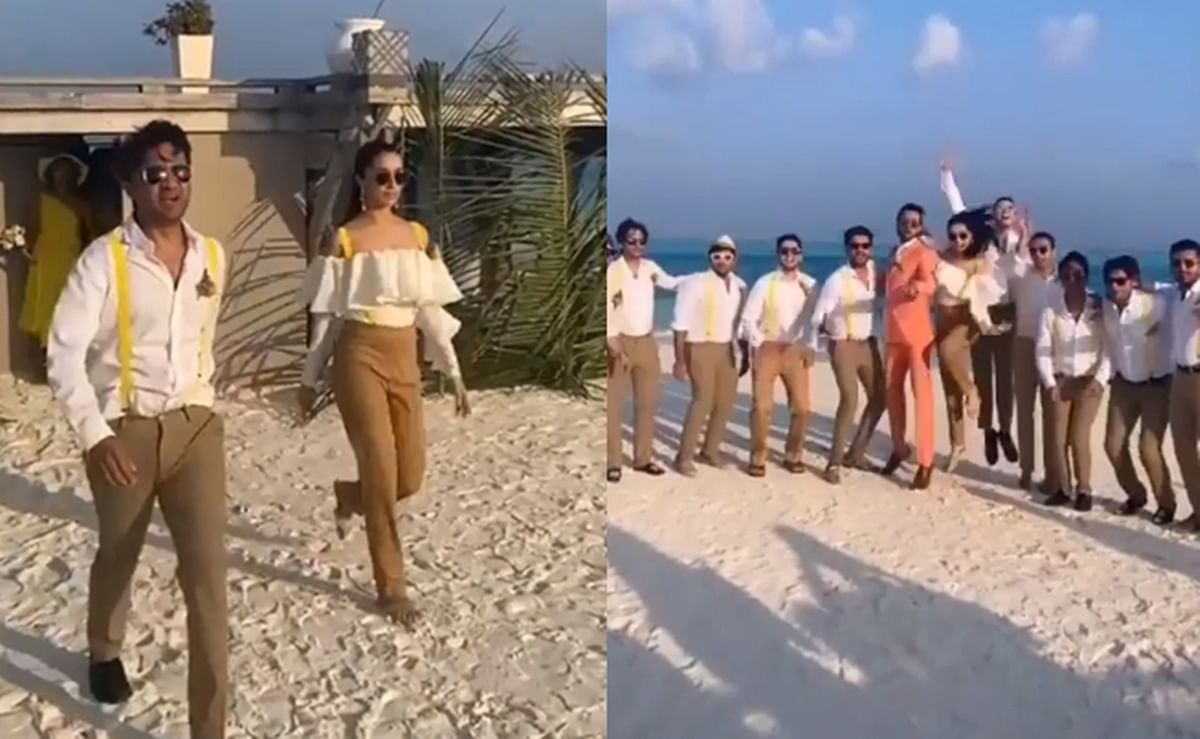 Priyaank: I do plan to produce, there’re a few things in the pipeline. But the director is the captain of the ship and I will wait till I have a little more experience to wear that cap. (Laughs) Mum’s too kind, she thinks I can do everything now.

Can we hope to see the two of you together on screen some day?

Priyaank: That would be so cool! I hope someone will cast us together. Mum was brilliant in Prem Rog. Meanwhile, there are a few films and I should have some exciting news soon.

Padmini: I felt so proud watching him in Sab Kushal Mangal though there were no tears or “OMGs!” He didn’t use my name and worked so hard. Even in this music video, Priyaank could have promoted himself as an actor, shown his face, but he didn’t. That speaks a lot about him as a person.

He’s a loving and lovable boy, always thinking of others and giving selflessly. Sometimes, I think he should be a little more street-smart. And less forgetful. Padmini: Yes, I want to change my phone instrument and have been waiting for Priyaank to help. Waiting and waiting and waiting… When he was a DJ too, I’d repeatedly ask him to make a playlist for me. Siddhanth did, not Priyaank. (Laughs) He is always there for his mom, and yet not there.

Padmini: She’s the best daughter-in-law I could ask for. Lovely face, big heart.

Priyaank: Shaza and I were together for 16 years before we got married. She’s a part of everything I do, and given her background in production and direction, we’re doing a lot of work together.

You got married during the pandemic…

Padmini: It took divine grace for the wedding to happen.

Priyaank: Yes, but unfortunately, because of Covid restrictions, we couldn’t invite many people. If things get better, we could celebrate our first anniversary with everyone.

Would you recommend marriage?

Priyaank: If there’s love, go for it.