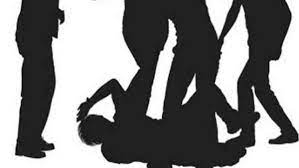 BHOPAL: Nine goons allegedly stabbed policeman and injured another with a knife inside Hamidia Hospital compound on Thursday night. Due to timely intervention of a Dial-100 team, two goons were arrested from the spot and the injured cop was saved, said police.

The accused had gathered inside the campus and were gossiping around with their four-wheeler parked illegally on the road and the policemen had asked them to return home as they were roaming about without any purpose.

The incident brought to the fore, how goons have lost fear of law as this is the third such incident of attack reported on, on duty policemen, this year.

According to police, the constable Vijay Bahadur Yadav and head constable Vijay Yadav had reached Hamidia Hospital parking at about 11.45 pm after information that a few anti-social elements had gathered around.

Police said when HC Yadav asked them to return home as they had gathered around, without any purpose, the accused hurled abuses at them.

It led to an argument between the cops and goons and one of them, later identified as Ashu, brought out a knife and stabbed Yadav. 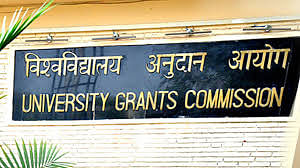 His subordinate constable Yadav tried to control him but others overpowered him and thrashed him.

Meanwhile, a team of Dial-100 reached the spot and held two of them. Others fled in their vehicle.

The injured was taken to hospital and he was undergoing treatment. The other cop had escaped with minor bruises and was discharged after first aid.

After the incident, the police along with district administration demolished the houses and shops of the goons who stabbed the policemen. Those shops and houses were illegally constructed in Karbala and Idgah Hills localities of the city.

Earlier, six youths carrying broke the wireless set and fought with the policeman in Khanugaon.

Women hurled poured boiled tea and hurled stones at the policemen in the Hanumanganj area. 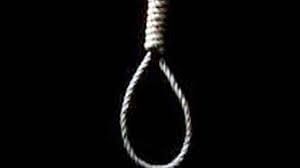 Additional superintendent of police (ASP) Ramsnehi Mishra said five accused have been arrested and four are on the run. He said police have booked all of them under relevant Sections.

Mishra said at the time, the cops spotted only six accused but later accessed CCTV footage and found they were nine in number.

Police have booked the accused Haidar, Arsalan, Sher Shah, Zaid Anwar, Mudassar and Ali. Five of them have been arrested while four others are on the run.

Earlier, six men had attacked a police team and had damaged their wireless set near Khanugaon.

The cops had gone to order closure of a snooker club in Khanugaon at the time. Besides, the family of a hotel owner had pelted stones and had hurled boiling tea at police team when they had gone to impose corona curfew in Quazi Camp area of Hanumanganj in April.