Madhya Pradesh: Tapered-off clouds splash back into life, Bhopal gets drenched with water

As the state has not witnessed any rainfall since mid-June a drought-like situation was looming large over it, and the farmers were worried about the prospects of paddy, wheat and soybean crops.
Staff Reporter Bhopal (Madhya Pradesh): The clouds that seemed to have tapered off after the second week of June have splashed back into life, drenching Bhopal, as well as different areas across the state on Friday.

As the state has not witnessed any rainfall since mid-June a drought-like situation was looming large over it, and the farmers were worried about the prospects of paddy, wheat and soybean crops.

The weather became too clammy to weather for the residents who were praying for heavy rains.

It has, however, poured down since Thursday night, and, as a result, the water level of different rivers has increased.

The water level of Tawa dam has shot up by 6.6 feet. It drizzled on Thursday, though. Yet, as the day slipped past, the speed of the rain increased.

On Friday, the state capital was soaked and its potholed roads were filled with rainwater. The normal temperature has declined by two degrees Celsius.

The industrial hub of the state, Indore, has received 9.7mm rainfall during the past 24 hours.

Similarly, the state capital has received 60mm rainfall, it said.

According to weather office, the quota of rainfall in July is yet to fulfill. The met office further said it would rain for another three/four days.

A low pressure area is developing and it will cause a heavy rainfall on July 27. Therefore, the state is set to receive rainfall throughout the last week of this month.

The state capital normally receives is 346mm rainfall in July, but its quota declined because of a lack of rainfall. It was 327mm.

The continuous downpour during the past 48 hours has augmented the quota of rain.

The low pressure areas in the Arabian Sea and in the Bay of Bengal have caused heavy rainfall.

Sohagpur has registered eight inches rainfall, the highest in the state.

The devotees of Jatashnker Dham, the Kedarnath Dham of Bundelkhand, witnessed an unusual scene on Friday morning, because of the heavy rains that covered the temple.

All the waterfalls on the hillocks were back to life. It seemed they were washing the feet of Lord Shiva. Thousands of devotees thronged outside the temple to have a look at the stately scene. 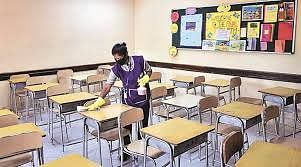 Schools in Bhopal all set to reopen, but where is the formal order?