The food delivery app Zomato looks super engrossed and excited towards Bollywood celebs VicKat wedding. It is so caught in the festive mood of the big fat shaadi that it has been messaging its foodie customer base in a strategic way, relating to the most buzzing wedding celebrations.

Soon after the couple released their grand wedding menu which had to offer from chole bature to butter chicken... Zomato was quick to pick a delicacy from the list and notify their customers to try it from using their app. Later, it messaged, 'You're invited...to bless a couple...', which tricked the app users to strike sync thought of being invited to the VicKat wedding. Katrina Kaif, 38, and Vicky Kaushal, 33, tied the knot on December 9, dating for more than a year. The three-day wedding festivities of the couple began with a mehendi ceremony held at the posh Six Senses Fort Barware, a Fort converted into a hotel in Rajasthan.

All the rituals and celebrations followed to adhere to no camera policy. Some reports suggested of couple selling their wedding photo rights for huge amounts and thus making camera restrictions across the festivities.

As one clicked the notification, the were taken to the app that displayed some images of mouthwatering dishes - from biryani to malai kulfi - followed by asking its customers to order them and treat their tastebuds.

Zomato in an entertaining and catchy manner read in the copy, 'Security was tight but we still got pictures of the biggest stars there - all thanks to Viral Biryani! The app used word puns to get eyeballs at the strategic time of the star wedding. The text took to subtlysigh how popular Indian paparazzo Viral Bhayani attempted to click the celeb couple on their special day.

Take a look at the pictures Zomato had to offer its customers: 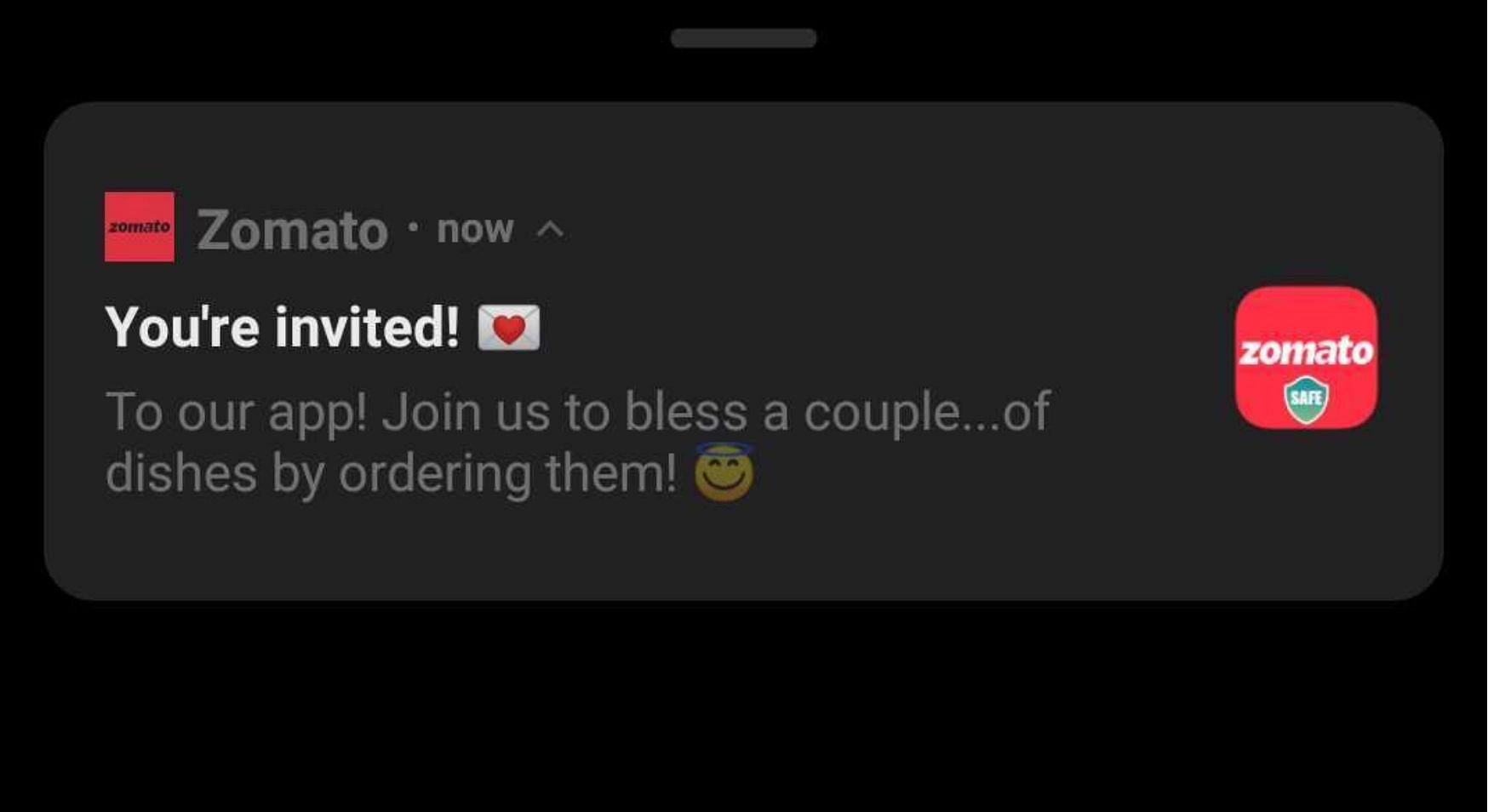