Frenchman Griezmann struck just before the hour mark in Naples after Dries Mertens had put the hosts ahead in the 30th minute.
AFP 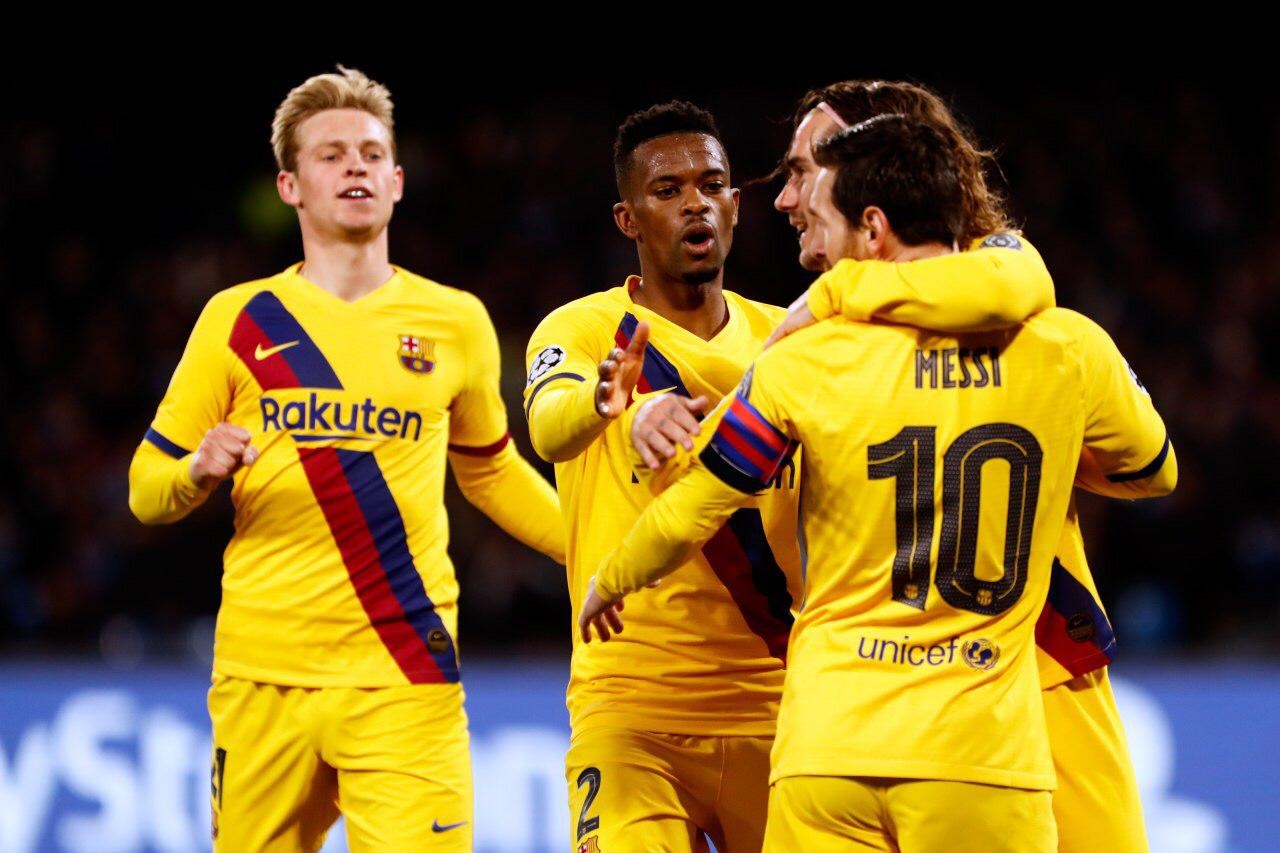 Naples: Antoine Griezmann rescued a 1-1 draw for Barcelona at Napoli in the first leg of their Champions League last-16 tie.

Frenchman Griezmann struck just before the hour mark in Naples after Dries Mertens had put the hosts ahead in the 30th minute with his 121st Napoli goal, drawing level with Marek Hamsik as the club's all-time top scorer.

Barcelona ended the game with 10 men after Arturo Vidal was sent off with two minutes to go after picking up two yellow cards, following an angry clash with Napoli defender Mario Rui. 'Looking for an away goal at home': Twitter brutally trolls Chelsea after humiliating loss to Bayern...
Advertisement

"In the end it's a draw that is a good result considering that we have another home game," said Barcelona coach Quique Setien on Tuesday, with his side in a strong position ahead of the second leg at the Camp Nou on March 18.

The clash was the first between the two teams and also a Champions League debut for both Setien and Napoli counterpart Gennaro Gattuso, who took over after the group stage.

"They didn't hurt us, they tickled us," said Gattuso.

"It went wrong in one moment and they punished us."

Napoli captain Lorenzo Insigne added: "We could have won, so we're a bit disappointed. It was emotional to face players like (Lionel) Messi."

Messi failed to score on his first appearance at the Stadio San Paolo, where Napoli legend Diego Maradona reigned supreme three decades ago.

The 32-year-old Messi scored four goals at the weekend in Barcelona's 5-0 win over Eibar that put the Spaniards back top of La Liga, but could not add to his 114 Champions League goals.

"If Barca didn't do today what they did three days ago (against Eibar) it's to Napoli's credit," said Gattuso.

"I hope that no one thinks it's over. We know it will be very hard but nothing is finished yet.

"But when on your back you have Messi or Griezmann, you want to play with a little security. This is where we can try to do better on the way back."

Messi fired over on nine minutes after combining well with Frenkie de Jong but Gattuso's side piled the pressure on the Catalans.

Their pressing paid off on the half-hour mark, with Piotr Zielinski breaking free down the right before finding Mertens, who curled a magnificent finish past Marc-Andre ter Stegen.

He equalled Hamsik's record and is now six goals clear of Maradona, but was forced off early in the second half after a Sergio Busquets tackle for which the Spaniard will be suspended for the second leg.

Barcelona did not waste much time in getting on level terms, as Messi and Busquets combined to send Semedo into the box in the 57th minute.

"At first we found it hard to find space, or create space or get shots on goal," said Griezmann.

"But the more we saw that they were tiring, the more we were able to push forward and make chances."

Ter Stegen denied Insigne with Jose Callejon also missing a chance for a second, as did Messi with eight minutes to go.

Vidal was sent off after a sliding tackle on Rui before appearing to headbutt the Napoli defender.

The Chilean will also miss the return leg in Spain, with defender Gerard Pique a doubt after going off late on with an ankle injury.

"We will not be able to count on Sergio Busquets or Vidal for the return, but we will find solutions to compensate," said Setien.

Here are the highlights of the match.

Barcelona and Napoli will play the second leg on 19th March at the Camp Nou.