the final instalment of Ronaldo vs. Messi as one of the greatest rivalries in football history resumed in an unusual location.

Grimacing in pain from his bruised cheekbone, Cristiano Ronaldo steadied himself before scoring from the penalty spot for his first goal in Saudi Arabia against a Paris Saint-Germain team featuring old foe Lionel Messi. Messi had already scored early in Thursday’s exhibition game when Ronaldo was flattened boxing-match style by PSG goalkeeper Keylor Navas after about 30 minutes in Riyadh, the city which gained sporting prominence for hosting a world heavyweight championship boxing bout in 2019. It wasn’t Anthony Joshua but Navas who caught Ronaldo flush in the face with his forearm under a high ball. Both went down like felled boxers. Ronaldo held his head, got back up, did a wide yawn as if to test his sore left cheek, and sent his former Real Madrid teammate Navas the wrong way. By the end of the first half Ronaldo’s cheekbone was bright apple red but he was all smiles after netting his second goal, smashing in a rebound when his header came back off the post. Poking his tongue out, Ronaldo wheeled away in delight and was mobbed by teammates at the corner flag. 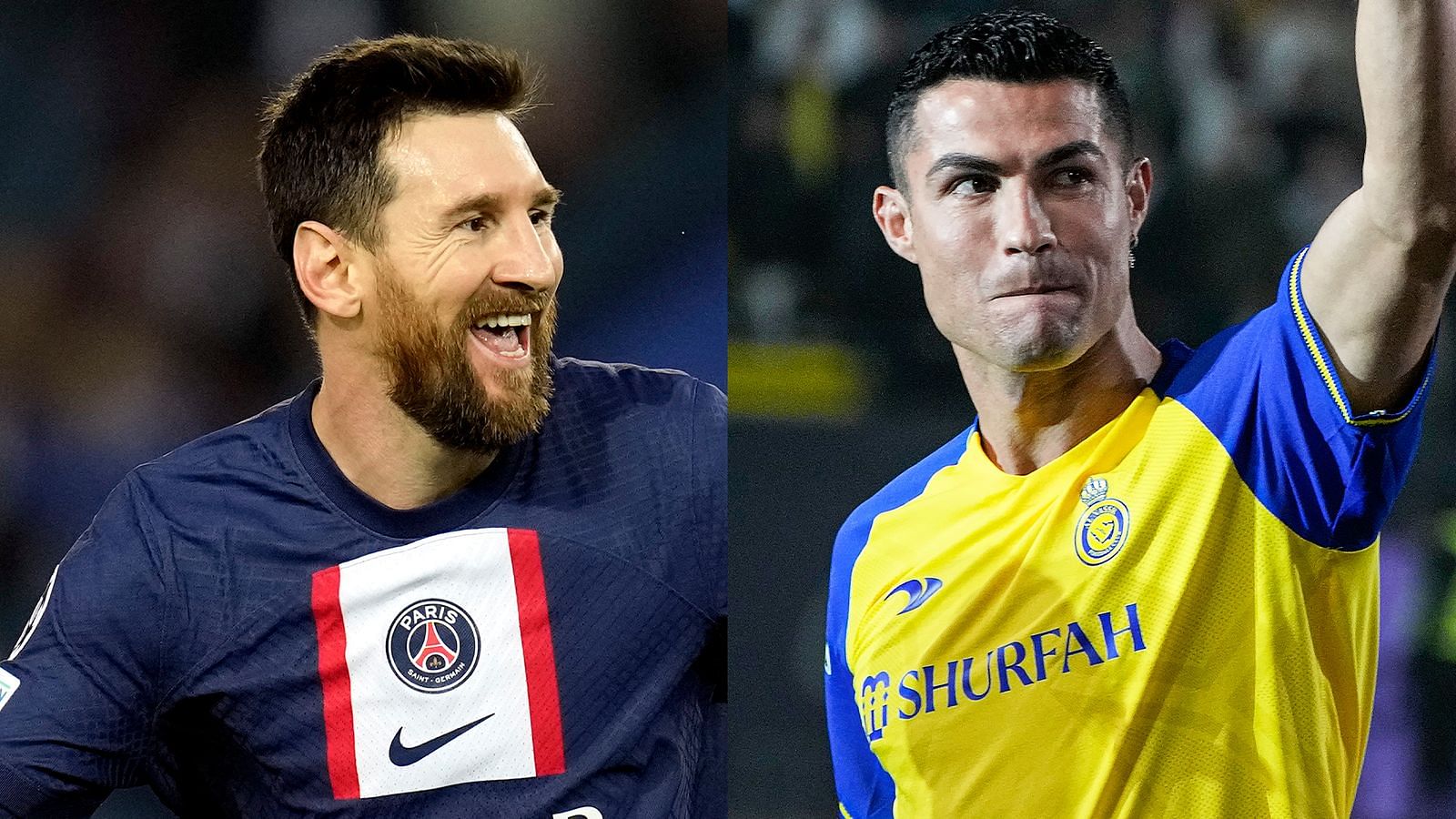 When PSG star Kylian Mbappé checked on the state of Ronaldo’s cheek just before the second half, Ronaldo milked the attention from France’s World Cup star and pointed to the red mark. Mbappé smiled at him as if to say “You’ll be fine” and Ronaldo raised his arm in triumph like a heavyweight champion. Messi’s Qatari-backed PSG won 5-4 against a combined XI of Saudi Arabian teams Al Nassr and Al Hilal, captained by Al Nassr’s new signing Ronaldo, in front of 68,000 fans at King Fahd International Stadium. Although his team lost, Ronaldo edged perhaps the final instalment of Ronaldo vs. Messi as one of the greatest rivalries in soccer history resumed in an unusual location. 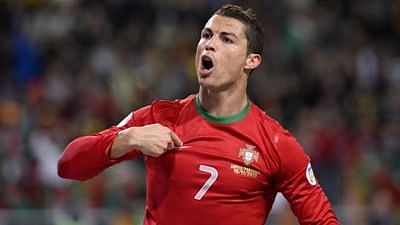 Messi’s shot led to a handball and PSG’s fourth goal, scored by Mbappé from the penalty spot. Ronaldo came off to a huge ovation just after the hour mark followed by Mbappé and Argentina’s World Cup-winning star Messi, who was warmly hugged by countryman Marcelo Gallardo, coaching the combined Saudi Arabian team. Ronaldo’s bruise darkened with the night sky as he collected his man of the match award. He was locked in conversation with ex-Madrid teammates Sergio Ramos and Navas before the medal ceremony. Then he spoke to Portugal teammates Renato Sanches and Danilo, who play for PSG.