HomeSportsChhattisgarh: Kabaddi player dies after injury during match; 3rd such death since October

Chhattisgarh: Kabaddi player dies after injury during match; 3rd such death since October

The state government has organised the Chhattisgarhiya Olympics from October 6, 2022 to January 6, 2023 with an aim to promote local sports

Jashpur: A 28-year-old Kabaddi player, who suffered serious injuries during a match last month in Chhattisgarh's Jashpur district, has died during treatment in a private hospital, officials said on Thursday.

This is the third death of a player since last month after participating in Kabaddi matches held as part of the Chhattisgarhiya Olympics, an event being hosted by the state government.

Samaru Kerketta, who suffered injuries during a kabaddi match held in Sundhru village of Jashpur on October 17, died on Wednesday afternoon, a district administration official said. 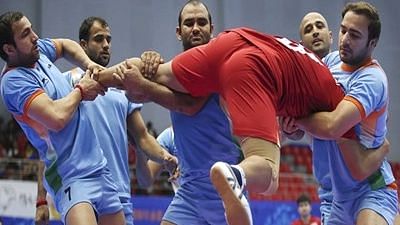 Kerketta, a native of Ghumra village in Jashpur, had suffered a serious spinal cord injury. He was initially taken to the Tapkara Primary Health Centre located nearby from where he was referred to the Jindal Hospital in neighbouring Raigarh district where he succumbed after nearly a month-long treatment, he said.

"The player was being treated for quadriplegia cervical spine injury and was kept on ventilator support. Despite all the efforts made by doctors, he could not be saved," the official said.

Jashpur Collector Ravi Mittal said the district administration will extend every possible assistance to the family of the deceased.

Earlier, a woman Kabbadi player who had suffered injuries during a match held as part of the Chhattisgarhiya Olympics in Kondagaon district died at a hospital in Raipur on October 15.

Besides, a 32-year-old man who was critically injured during a match in Raigarh district died on October 11.

The state government has organised the Chhattisgarhiya Olympics from October 6, 2022 to January 6, 2023 with an aim to promote local sports.

There is no age limit for the participants.

Apart from traditional sports like Pittul, Kho-Kho and Kabaddi, the grand event will also see contests in games like cricket, volleyball and hockey at four levels - village panchayat, development block, district and state.