Ali passed away on 2 June, 2016. He was hospitalized in Scottsdale, Arizona with a respiratory illness. Though his condition was initially described as fair, it worsened and he died at the age of 74 from septic shock.

Muhammad Ali was an American professional boxer, activist, entertainer, poet and philanthropist. He is nicknamed The Greatest and is widely regarded as one of the most significant and celebrated cultural figures of the 20th Century. Muhammad Ali is frequently ranked as the best heavyweight boxer and greatest athlete of the century.

Ali passed away on 2 June, 2016. He was hospitalized in Scottsdale, Arizona with a respiratory illness. Though his condition was initially described as fair, it worsened and he died at the age of 74 from septic shock.

Here are some interesting facts about Muhammad Ali:

1. Muhammad Ali's birth name was Cassius Marcellus Clay Jr and he was born on 17 January, 1942, in Louisville, Kentucky.

2. He was dyslexic which led to difficulties in reading and writing at school and for much of his life.

3. Ali grew up amid racial segregation. His mother recalled one occasion when he was denied a bottle of water at a store- "They wouldn't give him one because of his colour. That really affected him."

4. Ali was married four times and had seven daughters and two sons.

Read Also
This Day, That Year: When Muhammad Ali ‘shook up the world’ 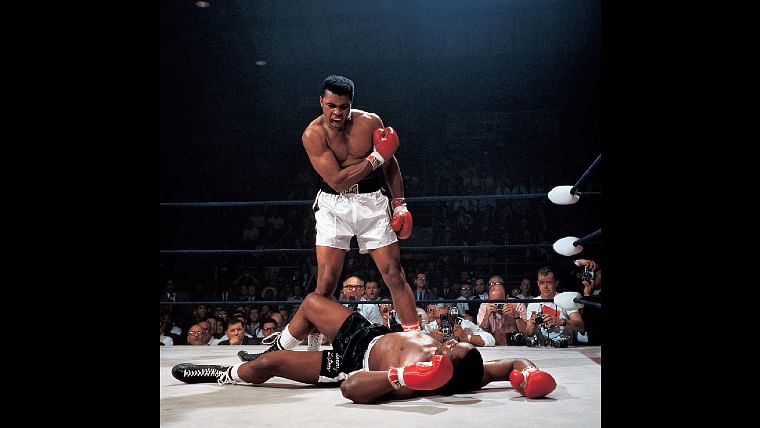 5. Ali was introduced to cocktail waitress Sonji Roi by Herbert Muhammad and asked her to marry him after their first date. They got married a month later, on August 14, 1964. They quarelled over Sonji's refusal to join the Nation of Islam.

According to Ali, "She wouldn't do what she was supposed to do. She wore lipstick, she went into bars, she was dressed in clothes that were revealing and didn't look right."

Just before the divorce was finalized, Ali sent Sonji a note: "You traded heaven for hell, baby."

Ali's brother Rahman said that she was Ali's only true love and the Nation of Islam made Ali divorce her and the boxer never got over it.

6. Most of Ali's marriages ended due to his infidelity.

7. In 1984, Ali was diagnosed with Parkinson's disease, a disease that sometimes results from head trauma from violent physical activities such as boxing.