Nationalist Congress Party chief Sharad Pawar on Saturday met PM Modi with regard to amendments to the Banking Regulation Act and a slew of problems faced by the co-operative sector especially due to demonetization and Covid-19 induced lockdown.

Earlier this month, a minister had said that NCP chief Sharad Pawar will soon meet prime minister Narendra Modi, expressing concerns over the amendments to the Banking Regulation Act reiterating that it was necessary to preserve the ‘Co-operative’ character of co-operative banks having a legacy of more than 100 years.

The NCP chief submitted a six-paged letter to the PM's office regarding the Banking Regulation Act and the issues faced the co-operative sector. Mr Pawar has pointed down three inconsistencies and the resulting legal inefficacy of normative provisions of the Act that are in conflict most specifically with the 97th Constitutional Amendment, State Co-operative Societies Acts and with the Co-operative Principles.

Here's a look at the points highlighted by NCP chief Sharad Pawar:

Further, the terms incorporation, regulation and winding up of Co operative societies, were preserved as State subjects under Entry 32 of List II of the VII schedule of the Constitution of India.

Citing the judgment of a Constitution Bench of the Hon'ble Supreme Court of India in Pandurang Ganapati Chaugule v. Vishwasrao Patil Murgud Sahakari Bank Ltd. Mr Pawar said it is prima facie clear that the Amended Act deals with matter pertaining to incorporation, regulation and winding up in addition to matters relating to "Banking, which are exclusive domain for State Legislation. Therefore I reiterate the fact that various impugned sections that have been introduced to amend section 56 of the B.R.Act, are beyond the legislative competence of the Parliament and therefore void under Article 123(3) of the Constitution of India. 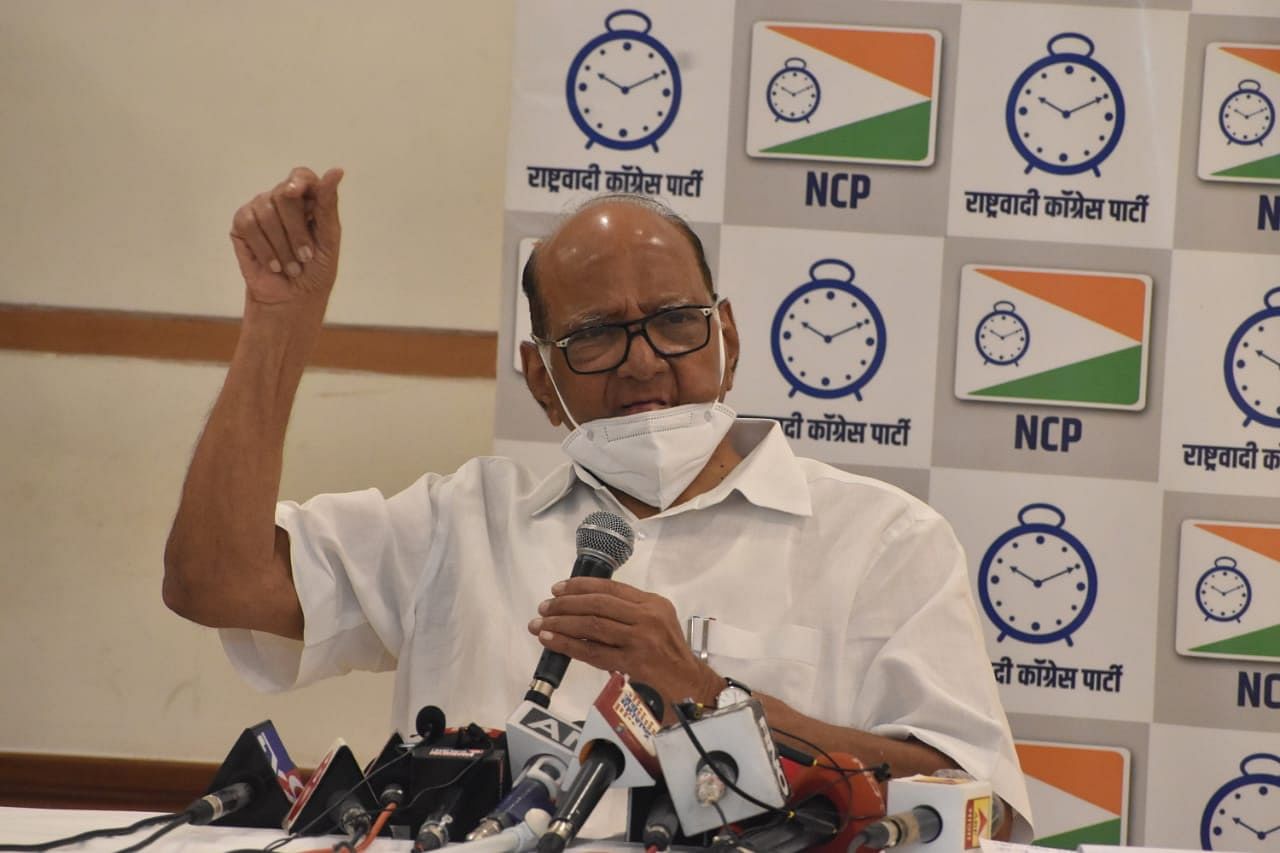 The Amended Act overrules various provisions of the Co-operative Act in regard to the formation of the Board and election of Chairman, appointment of Managing Director etc. by holding a caveat in terms of such appointments.

Amended B.R. Act, enables co-operative banks to issue (with prior approval from RBI) equity, preference or special shares, at face value or at a premium by way of public issue or private placement. However, co-operative banks are set up on the principle of member control with (equity) shares issued to members. Since co-operative societies raise capital from members, it is unclear what it means to raise equity capital from the public and how it will be treated and regulated.

Further he said that issuance of equity shares may violate principles of co-operation if they carry proportional voting rights. Co-operative societies grant voting rights only to members based on the principle of one member one vote irrespective of shareholding. Even the Vishwanathan Committee (2006), set up by the Reserve Bank to study ways to augment capital of UCBS, recommended issuance of preference and special shares, both of which would be non-voting.

b. Refund of shares

Amended Act prohibits refund of shares to members even if there are no outstanding dues against them. This contravenes provisions contained in certain Co-operative Societies Acts and raises concerns for existing members of co-operative banks whose option to exit by surrendering their share capital will be restricted.

c. Board of Management

RBI insisted all UCB's to form Board of Management before 30th June, 2021. However post B.R.Act amendment, the provisions of section 10-A(2) are made applicable to UCBS, where the eligibility critéria for Board of Directors and expected criteria Board of Management are almost same. Therefore mandating constitution of BOM and creating two power centres in Co operative Banks by the Reserve Bank by issuing circular is now irrelevant.

The 97th Constitutional Amendment which is over and above all Acts, has given power to General Body to appoint Statutory Auditors, while under amended B.R. Act. RBI's approval is required for appointment of Statutory Auditors.

Under State Act, the tenure of BoD is 10 years, while under amended B.R. Act it is 8 years.

Under State Act, Power lies with BOD to remove CEO, while under amended B.R.Act, RBI's approval is required.

h. Supersession of Board:

Amended section 36AAA deals with supersession of board of co-operative bank which I opine that is in derogation of the powers conferred on the Registrar of Co-operative Societies of the State, who is now merely given a consultative role. All UCBS are already under the supervision of the Reserve Bank and inspections of all UCBS are conducted by the Reserve bank at regular intervals. In fact, what will change with the amendment is that the co-operative principles enshrined in the Constitution as regards to the UCBs may be compromised.

The provision under section 12 (1) and (2) of the Act w.r.t. issuance and redemption/return of shares are contradictory with the principles of Co-operation of (i) open membership, where the capital is collected from amongst the members through collective efforts and (ii) democratic control to have only one vote irrespective of the number of shares held by him i.e. One Member One Vote.

The Amended Act also empowers the Reserve Bank to remove and replace any officer or employee. Perhaps this is the first time that the Regulator has been bestowed with such wide administrative powers which may interfere with the day to day working of a Co-operative Bank, and violate the Co-operative Principle-Autonomy and Independence.

While concluding his letter, the NCP reiterated that the aims and objectives of the Amended Act are well-intentioned, and many provisions are necessary. Erring Board and Management must definitely be acted upon strictly and the depositors' interests should be protected, but at the same time it should be ensured that while doing so. the Co-operative Principles laid down in the Constitution are not sacrificed at the altar of over-zealous regulation.