'BJP needs goons, rapists for their party, it will make your children rioters': AAP chief Arvind Kejriwal in Haryana

As Arvind Kejriwal kicked off the campaign for the 2024 Haryana Assembly polls, the Aam Aadmi Party (AAP) chief on Sunday took a swipe at the ruling BJP as he said that those who want their children to become goons, rioters and rapists must send them to the saffron party.

Addressing his party's first state-level rally in Haryana's Kurukshetra, Kejriwal said, "Those who want their children to become doctors, engineers, lawyers, come with us. Those who want them to become rioters, goons, rapists, go with them (BJP). All such elements are in that party.

"BJP will never give jobs to your children because they need unemployed goons for their party. They will teach your children to riot and send their children abroad," he claimed further.

The AAP chief also promised to rehaul the state-run schools if he gets a chance.

"As many as 4 lakh students left private schools to join Delhi government schools this year," Kejriwal said, adding that 400 students of Delhi government had cracked competitive exams for engineering courses and got through reputed colleges.

Kejriwal strengthened his attack on the BJP for felicitating those involved in an attack on his official residence. 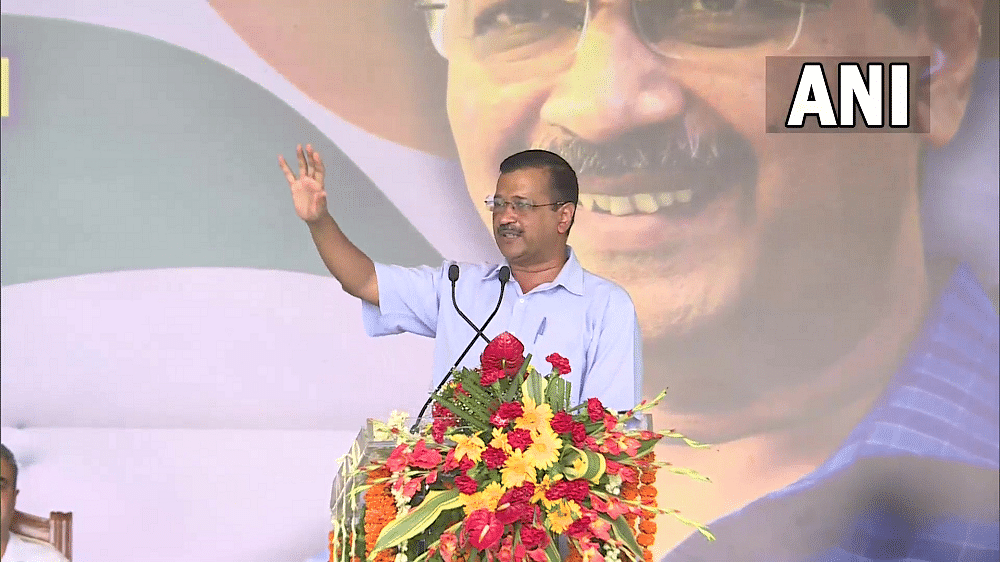 Taking a swipe at the BJP government in Haryana over leaks of questions papers of job recruitment exams. "Khattar saab, when you can't get an exam conducted, how will you run a government," he said.

"AAP is a strictly honest party, so honest that even if my son does wrong, I wouldn't spare him," Mr Kejriwal said. "We ended corruption in Delhi, Punjab, now it's Haryana's turn."

To be noted, the AAP is attempting to spread its wings to states other than Punjab after its emphatic win in the border state.

Notably, besides AAP, the ruling BJP and the Congress are also holding rallies in the state today ahead of the civic polls in June.

Meanwhile, the ruling BJP has been trying to take a stock at the grassroots level and highlight the achievements of the government. Khattar will hold an event in Gurugram too. HomeIndia'BJP needs goons, rapists for their party, it will make your children rioters': AAP chief Arvind Kejriwal in Haryana