Dutt will be seen alongside Kapoor in Shamshera, which releases next year on March 18
S Ramachandran 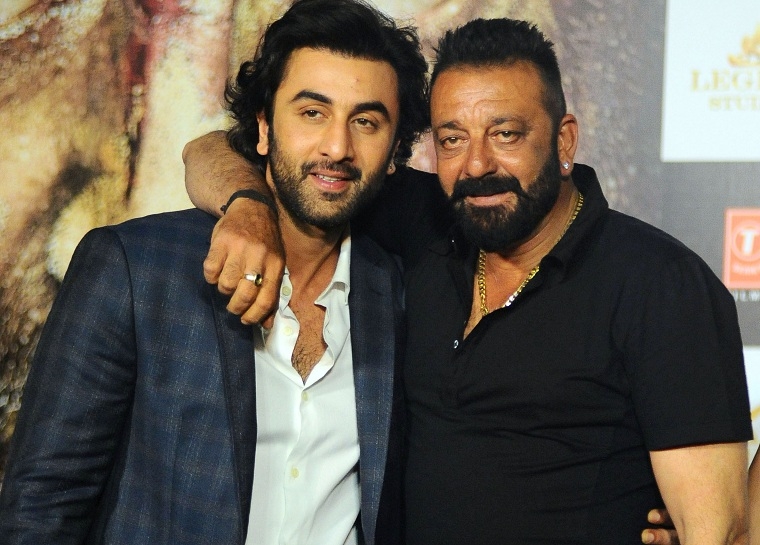 Sanjay Dutt, who made his acting debut with the 1981 movie, Rocky, has had a turbulent personal and professional life. Director Rajkumar Hirani brought it to the big screen as Sanju, with Ranbir Kapoor playing Dutt. The movie might not have received a warm reception, but Sanjay was all praise for the Kapoor lad’s flawless impersonation of himself. Ranbir had spent several months with the Munna Bhai actor to perfect his act for the movie. Their bond was evident from their appearances during the various promotional events of the movie. And now, Sanjay and Ranbir are set to lock horns in the upcoming Shamshera. Both play dacoits in the revenge drama, which is set to release in theatres on March 18, 2022.

What many people don’t know is Sanjay’s almost-cosmical connection with dacoits. When he was three years old, he was kidnapped by dacoits from the sets Mujhe Jeene Do, which starred his father, the late Sunil Dutt, ironically as a dacoit. He was returned the next day unharmed. Interestingly, both Dutt senior and junior went to play dacoits in several of their movies — the former in movies like Heera, Pran Jaye Per Vachan Na Jaye among others; Sanjay in the 1986 movie, Jeeva, and later in Jai Vikraanta (1995). Ranbir Kapoor's first look from 'Shamshera' unveiled on his birthday

Sanjay says he even wanted to remake Mujhe Jeene Do. “I wanted to modernise the story of Mujhe Jeene Do and set it in Mumbai with a gangster rather than a dacoit and wanted Ranbir to play the lead. But that didn’t happen,” says Sanjay.

For Ranbir, Shamshera is his first project as a dacoit. Known for lover-boy roles, the film will show the Rockstar actor in a fierce and aggressive avatar. “He also has an action-packed role in Brahmastra. Even the film, Animal, will see Ranbir in a very different frame. In Shamshera, Ranbir is out to avenge the death of his family members, who Sanjay has supposedly killed. Since the movie is set at the end of 19th century and early 20th century, Ranbir’s character will also be pitted against the British,” a source reveals about Karan Malhotra directorial, which also stars Vaani Kapoor. “It is not just the story of a dacoit, but the tale of a tribe that fights not just for its rights but also independence from the British. The character in Shamshera is an angry and an intense person,” Ranbir had said during one of his interviews. Yash Raj Films also dropped a poster of Shamshera on September 28 to mark Ranbir’s birthday.