Actors Janhvi Kapoor and Ishaan Khatter who are also rumoured to be a real life couple, recently made an appearance on Maniesh Paul’s show Movie Masti. Since Karwa Chauth is right around the corner, the duo recreated the iconic Karwa Chauth scene from Dilwale Dulhania Le Jayenge featuring Shah Rukh Khan and Kajol.

Not just that, they also did their version of Pyar Hua Ikraa Hua from Nargis and Raj Kapoor starrer Shree 420, using an umbrella and similar costumes.

Janhvi shared it on her Instagram and wrote: “Watch me travel back to time with @ishaankhatter only on Movie Masti with Maniesh Paul, tonight 9:30 PM only on #ZeeTV. #ThrowbackTo90s #LOLWithManieshPaul #MovieMasti @manieshpaul @ishaankhatter @zeetv.”

On work front, Ishaan and Janhvi made their film debut in 2018 with the hit Dhadak, a remake of the Marathi film Sairat. Ishaan will be seen next in a film called Khaali Peeli alongside Ananya Panday, and Mira Nair's A Suitable boy with Tabu. 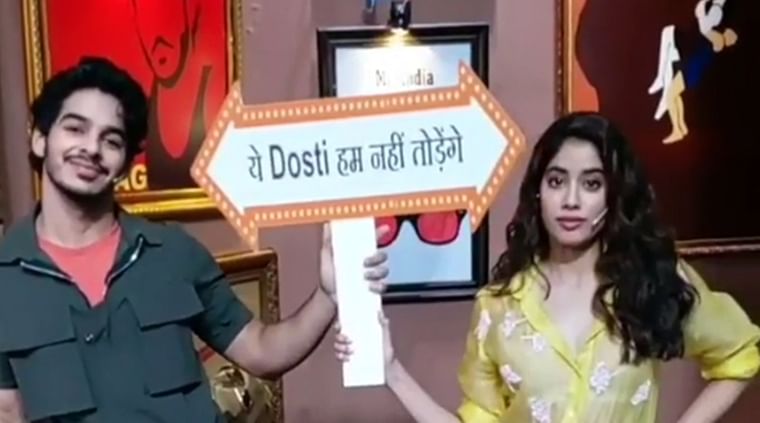 Meanwhile, Janhvi has three high-profile films in her kitty. These include Karan Johar's Gunjan Saxena- The Kargil Girl, Dostana 2 and Takht. She will also be seen in Roohi Afza, touted to be a horror comedy, featuring Rajkummar Rao. 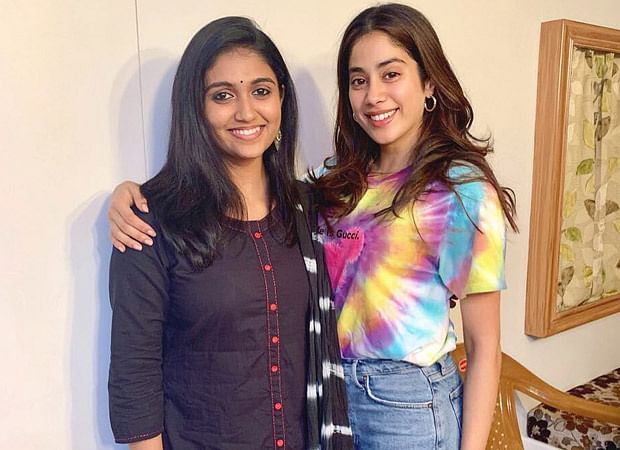