Total Recall: How a sinking Meena Kumari saved Pakeezah from fading into oblivion

(Let everything blossom that has been associated with me even remotely/I may not exist forever, my memory will reside in every heart).

Tragedy Queen Meena Kumari, who also wielded a formidable quill, aptly articulated the simple and most noble philosophy of her life in the aforementioned couplet. Even while departing, she resuscitated a failing movie: Pakeezah. She infused life into the movie when her own life was tiptoeing away just like sand slipping out of the fist, however hard one may try to contain. Kamal Amrohi's ambitious cinematic project Pakeezah is known as a sang-e-meel (a milestone) in the annals of Hindi cinema. Himself a fine poet, Amrohi sahab wrote in mid-50s: 'Sochta hoon ek shahkaar banaoon/Ek insaan ko izraar banaoon' (I intend to create a masterpiece/By elevating a human to the level of an angel; Izraar: Angelic status). He, indeed, created a masterpiece in the form of Pakeezah (Pure). Initially naming it 'Daaman-e-Paak' (Pure entity), when Kamal Amrohi consulted a nujoomi (astrologer) at Unnao in UP, he suggested to give a name beginning with the PE letter of Urdu alphabet, but with a caveat that the departure of someone close would be instrumental in the immortality of the movie! So chillingly true!

Started on July 16, 1956, when the film finally hit the marquee on February 4, 1972, 16 years glided by to reach the celluloid. Its main composer Ghulam Muhammad already shuffled off the mortal coil in 1968 and couldn't bask in the glory of creating superlative musical creations. Because of its exquisite Urdu and a tad alienated elitism, movie-goers felt left out in the beginning. But, once the news of Meena Kumari's ill-health started making the rounds, people started watching the movie and appreciating it. Having learnt the lesson of failure from Raj Kapoor's 'Mera Naam Joker' (1970) for being too long, Kamal Amrohi had to edit many scenes and songs to make it bearably long, leaving out four more songs! He edited out his own song-a semi-song with two stanzas-sung by Mohammad Rafi as a background number for Rajkumar: 'Tere qadmon mein jaa(n) nisaar meri.' While researching on Rafi, I chanced upon this rarest of rare numbers at Lahore Radio Station and I still wonder why the AIR never bought the rights of it from Radio, Lahore or asked for it. Sahir Ludhianvi birthday special: The poet who abhorred the label of a lyricist

Coming back to the movie, a sinking Meena Kumari saved Pakeezah from sinking into oblivion. And by the time she had her final hiccup on March 31, 1972, she ensured that the movie would be remembered as a metaphor for cinematic grandeur by the generations to come. A famous film critic aptly said that it's the last performance of a great actor that ensures his/her everlasting name and fame. Going by this pithy observation, Meena Kumari's last performance in Pakeezah inscribed her name on the granite of time/s. It was her swan song.

(The writer is an advanced research scholar of Semitic languages, cultures, religions and civilisations. He teaches linguistics, psycho-linguistics and philology at world’s premier varsities and contributes to world’s leading publications and portals in various languages.) 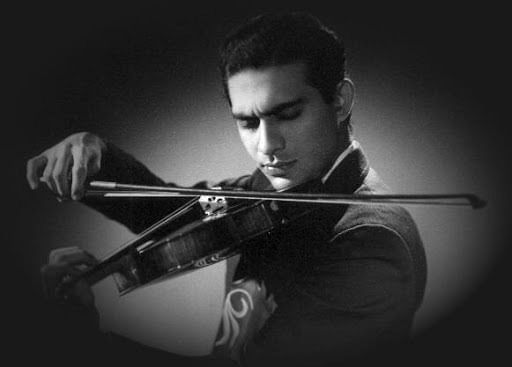 Talat Mahmood birthday special: A voice that tugs at the heartstrings
Advertisement