The Himalayan Film Festival 2021: Sidharth Malhotra's Shershaah to open the fest on September 24

Ladakhi movie, The Shepherdess of the Glaciers, will bring curtains down on this festival, which is being held in Leh

The first edition of The Himalayan Film Festival 2021 (THFF) flags off in Leh on September 24 as part of the ‘Azadi Ka Amrit Mahotsav’, commemorating 75 years of India’s Independence. The five-day festival is in collaboration with the Directorate of Film Festivals under the Union I&B Ministry. While Sidharth Malhotra’s Captain Vikram Batra biopic, Shershaah, will open the festival, the Ladakhi film, The Shepherdess of the Glaciers, directed by Christiane Mordelet and Stanzin Dorjai, will bring down the curtains. What makes this a one-of-a-kind event is that it is physical and not digital, despite the ongoing pandemic, and is the world’s highest-altitude film festival.

The film fest will see Vidhu Vinod Chopra hosting a master class. His Aamir Khan-starrer 3 Idiots is one of the festival’s crowd-pullers as the climax was shot in Ladakh near the Pangong Tso Lake. Other Hindi films to be screened include Raja Shabir Khan’s Shepherds of Paradise, Bedabrata Pain’s Chittagong, and S Nallamuthu’s The World’s Most Famous Tiger. Films from other Himalayan states, including Assam, Sikkim, Manipur, Mizoram, Tripura, Meghalaya, Nagaland, Uttarakhand, Arunachal Pradesh and Himachal Pradesh, besides Indian Panorama films, will also be showcased. Some of these include Sanjeev Rattan’s Himachali film, Mane De Phere, Yarwng from Tripura, and Crossing Bridges from Arunachal, along with the Utpal Borpujari-directed Assamese film Ishu, and the Khasi film, Iewduh. There will also be a competition section for short films and documentaries.

Read Also
‘As an actor, wearing the uniform brings in a personal sense of pride’: Sidharth Malhotra on... The screenings will be held at the Sindhu Sanskriti Kendra in Leh and the newly-opened inflatable Picturetime digiplex in Ladakh, the world’s highest-altitude cinema theatre at 11,562 feet. “We opened last month with Akshay Kumar’s Bell Bottom to an overwhelming response. We had taken permission for a week, but had to extend by five days,” says Sushil Chaudhary, founder and CEO of the cinema chain, who is opening two more screens (250 and 200 seaters), which will continue post the festival. “This time, we have experimented with a hybrid model — the walls are inflatable, but once you step inside, you get the full theatre experience with silver 3D 2K screens.”

Chaudhary, who has been working closely with festival officials, says their biggest challenge is the altitude as it takes visitors at least two days to acclimatise. Even local workers have to be divided into two teams as they cannot put in the 14-15 hours of daily grind required. 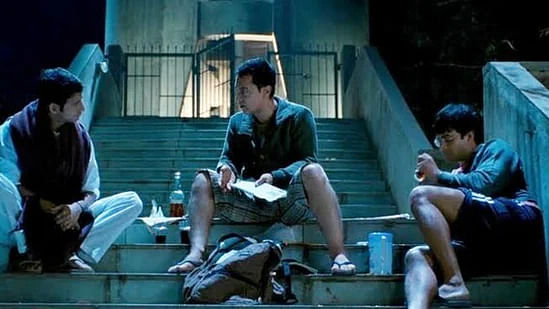 Also, apart from Mumbai and Delhi, connectivity with the rest of India and the world is a problem, along with the pandemic. “We had wanted representation from all the Himalayan countries, including Nepal, Bhutan and Tibet. We will be screening a Nepali film, Yathavat, directed by Tribeni Rai, but for the others, we have to wait till next year,” says Chaudhary.

He points out that fun-loving Ladakhis have a huge appetite for mainstream Hollywood, Bollywood and Korean films, along with entertaining local fare by their own Jigmet Wangchuk and Tsering Jorgias. “They are waiting for Sooryavanshi and ’83 eagerly,” he says, adding that they are expecting a turnout of 6,000 plus with all screens going houseful.

In the two-and-a-half months that he has been in Ladakh, Chaudhary is enthused to see that a web series and a film were shot there. “The idea is to build Ladakh as a shooting destination with the support of the government. This will give a boost to their film industry too and offer other filmmakers picturesque locations. We would be happy to help with equipment and resources. The festival is the first step,” asserts Chaudhary, who for the last two years has been dreaming of releasing  100 new films that did not come on OTT or screens in 100 of his theatres over 100 days. “It will definitely happen once the Covid scenario improves and people start stepping out,” he signs off.