After ruling the Marathi film industry, the actress is slowly but steadily making a presence in Bollywood
S Ramachandran 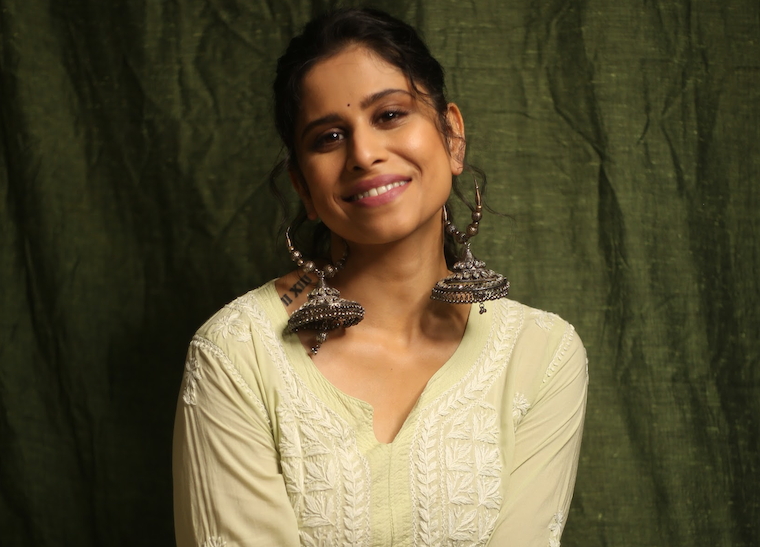 Sai Tamhankar is one of the leading stars of the Marathi movie industry. She was once a state-level kabaddi player and then went to to get an orange belt in karate. But destiny had another kind of fame written for her. In 2008, she made her silver screen debut with Subhash Ghai’s Black & White. Since then, she has predominantly worked in Marathi films like Zhakaas, Balak Palak, and Girlfriend, to name a few.

But recently, with films like Hunterrr, Mimi and Madhur Bhandarkar’s upcoming film India Lockdown, Sai is making her presence felt in the Hindi movie industry. The actress is proud of her work in the Marathi film industry.

“I did all sorts of roles in Marathi, including strong characters in films to leading roles. Footage for an actor does matter, but when I have a strong character, it attracts me more than the length or the number of scenes in those terms,” Sai says. So what makes her opt for the kind of roles she does? “I just pick and choose as I follow my heart. There is no theory to picking up roles because I am an impulse and instinct-driven person,” Sai explains. In 2018, the actress was also seen in the international production Love Sonia which also starred Demi Moore, Freida Pinto and Mrunal Thakur. “Love Sonia was a blessing! Half the crew were not from India. We shot at some really crowded places. It was tough but a fulfilling experience,” Sai shares.

Sai feels that Love Sonia and Hunterrr are two important films in her career. “Also, both films had great teams, and we are still in touch. Gullu (Gulshan Devaiah) is a gem and the best co-star one can get,” she adds. Speaking about Madhur’s next Sai says, “In India Lockdown, there are several stories which make a film. Prateik Babbar and I lead one story.”

Sai has garnered a lot of acclaim for her act as a Rajasthani girl speaking Urdu in Mimi. “After a long time, we had a film of this sort in the industry. It was a different and positive vibe on the sets, and the process was amazing. I want to work with an identical team multiple times. Friendship plays an important role in my life, and I just could not refuse to be a great friend to someone on screen,” Sai concludes.