The comes after the film bagged a Golden Globe for best original song for the Telugu track "Naatu Naatu" and Critics Choice Awards for best foreign language film and best song. Naatu Naatu is composed by MM Keeravani. The lyrics are written by Chandrabose and is sung by Rahul Sipligunj and Kaala Bhairava.

The song will compete with other tracks including 'Applause' from 'Tell It Like a Woman', 'Hold mY hand' from 'Top Gun: Maverick', 'Lift Me Up' from 'Black Panther: Wakanda Forever' and 'This Is A Life' from 'Everything Everywhere All At Once'. 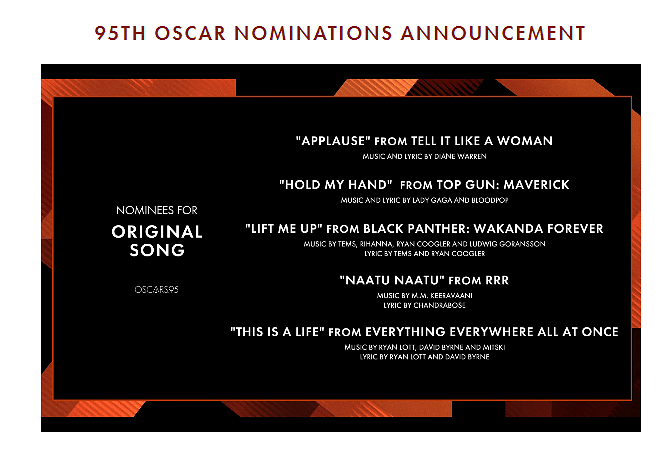 When and where will the Oscars 2023 be held?

The 95th Academy Awards are scheduled to be held on March 12, 2023, at the Dolby Theatre in Hollywood. The nominations voting ran from January 12 to 17, followed by the announcement of the nominations on January 24. 'It's been a privilege to work with Vijay Sethupathi': Shahid Kapoor

'I don’t give a chance to newcomers, I use them so that I can make the film my way': Anurag...