HomeEntertainmentRadhika Apte on ‘Monica, O My Darling’: 'The movie was out of my comfort zone'

Radhika Apte on ‘Monica, O My Darling’: 'The movie was out of my comfort zone'

Radhika Apte talks about her upcoming movie ‘Monica, O My Darling’, her comfort zone, and more...

Radhika Apte will be playing as an ACP in the dark comedy, ‘Monica, O My Darling’. This film is set to release on Netflix this month and Radhika is excited about her role. Directed by Vasan Bala, the film also stars RajKummar Rao, Huma Qureshi, and others. In an exclusive interaction with The Free Press Journal newspaper, the actress talks about the movie, her comfort zone, and more. Excerpts:

Was the role in the film out of your comfort zone?

This one character in ‘Monica, O My Darling’ is different. The kind of comedy I am doing, I have never done it before. I was tense. This was out of my comfort zone compared to my role in Mountain Man. We were there for a while and I observed how women move around. But this ACP character was difficult.

Comedy is difficult, but if you have a good ensemble there’s better give and take, do you agree?

Yes, maintaining comic timing is a difficult task. The ensemble cast of ‘Monica, O My Darling’ is good. Your reaction gets better when the other actor tries to uplift the performance in the same frame. I think RajKummar [Rao], Vijay Varma, Gulshan Devaiah, and Nawazuddin Siddiqui are such actors. They will not just say their lines and go away. They listen to your lines and give you the potential to react better. Citing is giving the best of your reactions. Many don’t support it. During my scene with RajKummar, we both were cracking up while looking at each other.

Do you believe in giving reactions? Has an actor given bad reactions?

It's only a reaction unless you are doing a monologue. If I am talking to you my response will depend on that otherwise if I am doing my own thing it doesn’t resonate and shall not hold. It’s not actors being selfish but at times it also becomes a thing, it’s also stressful as there are so many people watching you it's difficult to do that. It sometimes happens. The worst is when the actors are gone and the ADs are giving you ques. You can’t bring real reactions in the absence of your co-actor. Last few years, I have worked with actors, nobody has left the sets. This is an old thing nobody does now. It has become easier but then you have to find things to hold on and try to be as authentic as you can be.

You were exceptionally good in Vikram Vedha. Is it a conscious effort to choose certain films and roles?

I always wanted to act. The general perception in Bollywood is that an actor should have an image. For example, an actor should always travel in a luxury car, come late on the set, can’t choose bad roles, clothes shouldn’t be repeated, etc. I have a huge problem with such an image right from the beginning. If I am an actor, why should I travel in a Mercedes or if I have one set of chappals why should I buy multiple chappals? Why can’t I do it with one chappal that I love to wear? If I don’t want to wear an ironed dress why should I not be like I want to be? These things were never my priority and I don’t want to build any image. We need to enact different roles and be known for doing good roles; many actors have done that. Our industry has exceptional talent. I was trying to follow that path. What do you look at in the script before choosing?

I look for different things in the script. In an ideal scenario, I would look at the part, directors, subject, co-actors, etc. The shoot has to be at nice locations. I would look for all of that. Sometimes you need money. There are different things you chose at different levels in your career. However, all your wishes aren’t always fulfilled. Vikram Vedha was an exception where everything fell into place. Although the part wasn’t long, I wish it was, I enjoyed working with the directors Pushkar and Gayathri. We had great chemistry.

Have you signed more films with Pushkar-Gayathri?

It depends on what they write. I haven’t been offered anything and I would love to work with them again. I liked the film, which had great commercial viability.

You have received acknowledgement and an open-arm reception in Bollywood...

I am grateful for so much work I have been offered. But I do want to do more. I want to work and not just wait in my vanity. I want to be able to work and work. I felt that phobia in my last film. I would love to work every second. I say yes to roles I like and turn down the scripts I do not like.

Everyone wants acknowledgement and we live for some validation. However, some don’t need it. I wish I was like them. It's hard to be resilient all the time. 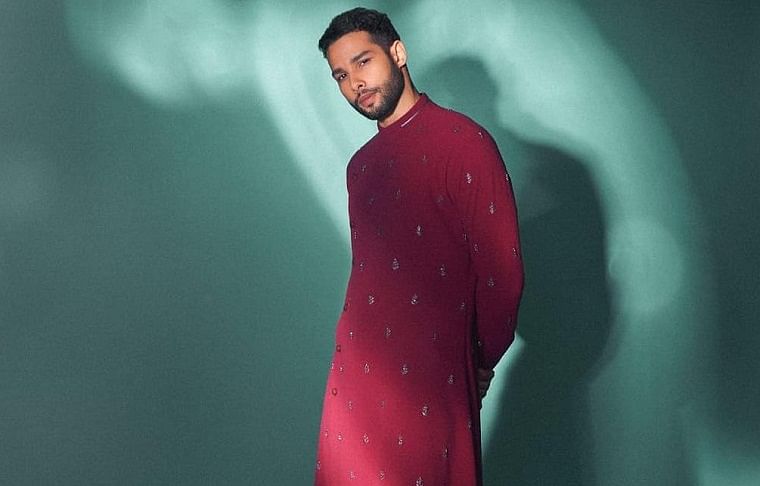