How I Met My Partner: Aftab Shivdasani shares his beautiful love story with wife Nin Dusanj

The actor and his British-Indian wife have been married for seven years now. Aftab divulges, “It seems time has stood still since we got together"

In a Free Press Journal exclusive, just a day before Valentine’s Day, we caught up with the still very much in love Aftab Shivdasani to get a sneak peek of his beautiful love story with wife Nin Dusanj. “I think the count of days, months, years doesn’t matter to us as we literally love being with each other,” he says. Excerpts:

When and how did you meet your better half, Nin?

At a book reading in Mumbai. I was a guest speaker, and Nin was a guest. It was surreal as she was sitting on the front row, and I was just 10-15 feet away on the podium. The moment I saw her, something magical happened, and I was very drawn to her and couldn’t take my eyes off her. 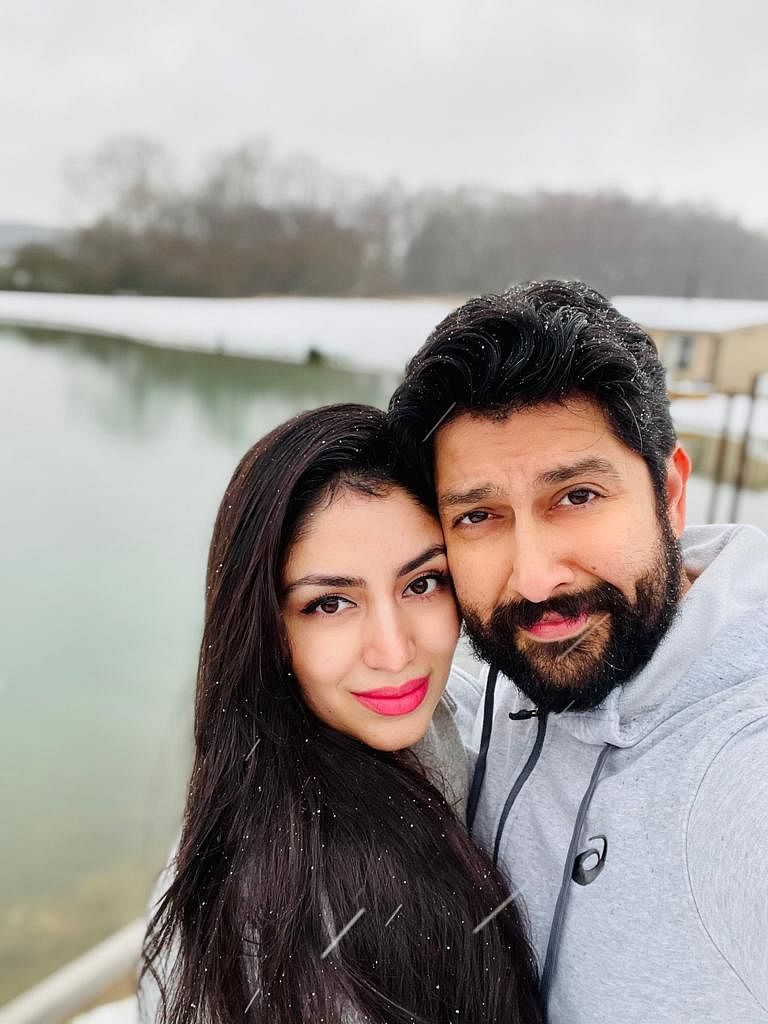 Well, since it was an event, and I was very distracted by her, I took the organiser of the event in confidence and asked who she was (which is something I’ve never done). Considering there was media etc., there, I had to do it very subtly as I didn’t want it to be obvious. So the organiser introduced us and let us chat for a bit.

From the moment I saw Nin, I couldn’t really focus on the event or what I was supposed to say. All I was doing was smiling and blushing. It was magical, and I had never felt this way before. It was like love at first sight — something I thought only existed in romance novels.

What did you like about her when you first met her?

I liked her simplicity. She wasn’t there to attract attention; she was there purely for the book reading. The fact that she did not know who I was (as she didn’t really know Hindi films/actors) was a blessing because we started talking like two normal people who didn’t know anything about each other. Did you both exchange numbers?

She was going out to a live music place after the event, so the organiser (who was trying to play cupid) requested me to accompany her. In those days, we had Blackberry phones, and the BB pin was the most important thing to exchange. So we exchanged BB Pins. Yes, and after that, we exchanged numbers as well.

How many times in a day would you speak with her?

For hours every day.

After you came home, did you keep thinking about her?

Yes absolutely! I couldn’t stop thinking about her, and spending even a minute without her seemed like a lifetime. We fixed up for a lunch meeting the very next day, and we picked up from where we had left. The more we interacted, the more it seemed like we knew each other from different lifetimes. It just seemed all too natural and organic. I was drawn to her soul deeply. 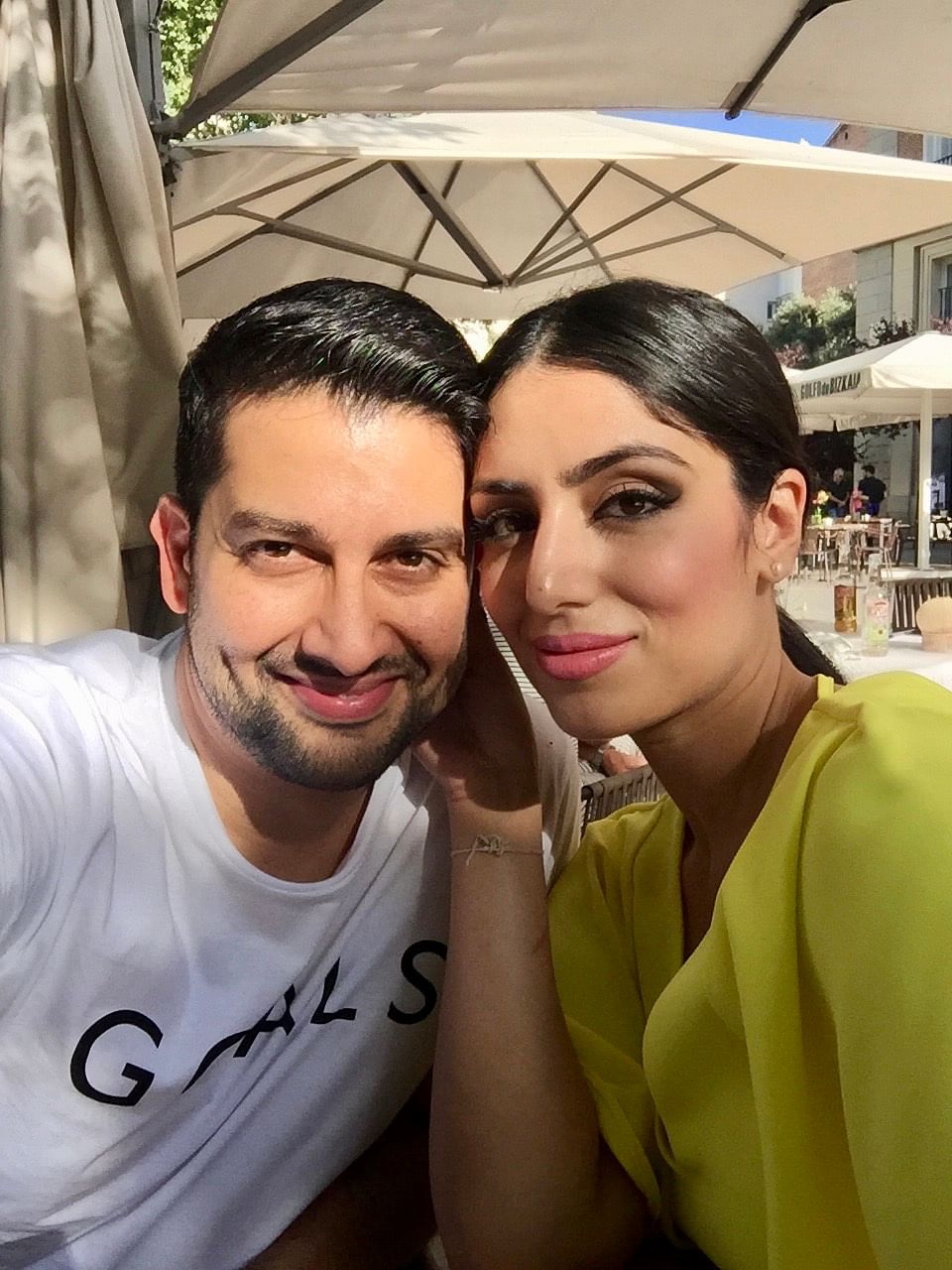 Where did you go on your first date?

We went to a Chinese restaurant (as I absolutely love Chinese food), and I booked a private dining room so that we wouldn’t be disturbed. I was really hungry before we met and even whilst ordering, but the moment the food arrived, I had lost my appetite! And that’s when I knew that I was deeply in love with her.

No, even though she offered to pay, I politely said that I would get the bill.

Did you take anything for her on your first date?

I did — my heart which was sitting on my sleeve.

I did. And she did soon after. How I Met My Husband: Bhagyashree recalls her sweet love story with hubby Himalay Dassani

Who is more possessive of the two?

Neither. We are both aware that love is not to hold back but to allow the other person to grow in every way. We support each other’s growth and cheer for each other.

She is; she has poker-faced British humour.

Who is a cleanliness freak between the two?

I think I am, almost to the extent of having OCD for cleanliness.

Who is more short-tempered between the two?

With Nin around, I’ve grown to be much calmer as she is a very composed person.

Did you both fight during your courtship?

Everyone argues in a relationship, we’ve had arguments as well, but we both believe that an argument is also an opportunity to shed light, create growth and understanding between us. We both apologise if need be and ensure that we never let our egos permeate into the relationship. I did. Of course.

Did you face opposition when you were ready to marry?

Nope, none whatsoever. Both our families respected our decision and our desire to be married.

How has your relationship changed from the time you guys were boyfriend-girlfriend to husband and wife?

I think our relationship has grown beautifully into a more mature, nurturing and respectful one. How I Met My Wife: 'Theatre played Cupid': Pratik Gandhi reveals how his love story began with actor...