Breaking genres or building new ones, filmmaking duo Raj Nidimoru and Krishna DK are on the same page when it comes to their approach towards cinema. The former shares thoughts on the duo’s journey and talks about their latest venture to help independent filmmakers

At some point during our conversation with Raj Nidimoru, the filmmaker tries to explain a new project to us by calling it ‘our kind of genre’. What is your kind of genre, we ask and the director responds with a laugh, “I don’t know, you tell me!” In all honesty, it is rather difficult to define or categorise the cinema style of Raj and Krishna DK — the writer, producer, director duo better known as Raj and DK — who enjoy creating unique and original content under their production company D2R Films.

Case in point, their movie 99, which is touted as one of India’s first crime comedies or Shor in the City, which is an absolutely delicious take on the maximum city blending satire and black humour, or the hilarious zombie comedy Go Goa Gone, which was the first slacker film this country has seen. The duo followed this impressive list with Stree, a movie that broke all rules of the horror genre and the spy web series The Family Man which became one of the best shows made in India.

Raj tries to break it down for us. “See, there is no plan to break the system or do a film that ‘nobody is thinking of doing’. It really boils down to the story and if it excites us. The only sub-conscious or instinctive effort is to make most of the details fresh in the film. The reason why the same thing is being done over and over in a clichéd manner is because it still works. So, a double effort is required if you want to take the other route and still make it interesting,” he explains, adding that their “automatic sense of humour” adds to the way they approach scenes.

They may have big studios supporting them today, but the director duo started off as independent filmmakers. “It is indie cinema that propelled us towards becoming filmmakers,” says Raj, who has a degree in software engineering, same as DK. They found commercial cinema “fun”, but it was when they watched independent films from across the world that their interest towards movies sparked off. “Indie films have a fresher approach to genres and the budget limitations make people more innovative,” he adds. 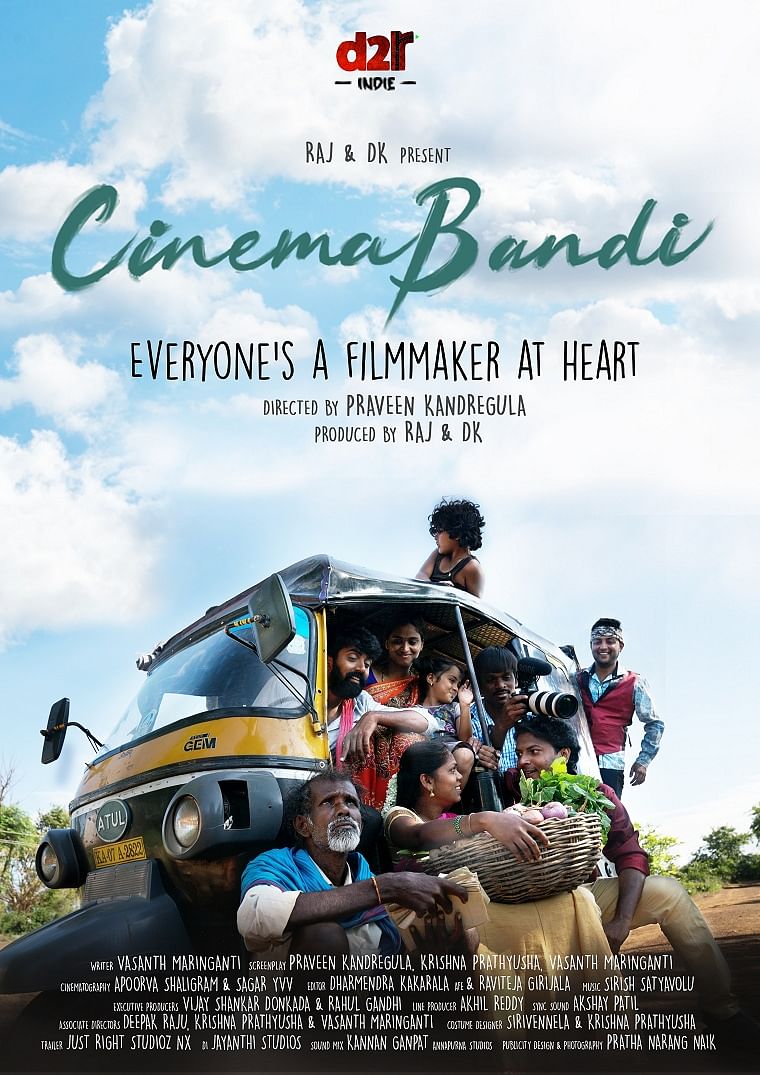 The love for indie cinema is one of the reasons behind D2R Indie – their latest initiative to encourage new formats and new filmmakers. Calling themselves collaborators, Raj explains that they have always been helping out other filmmakers in an informal capacity over years, but decided they need to do it with a more focussed approach. “We want to support indie filmmakers, specially first timers to make their films. The idea is not to call for stories because it’s not like we have a dearth of them. It’s about finding a filmmaker who has a story or script and wants to make this film. If it interests us, we want to help him make it without any hassle,” he says.

The first of such films, a Telugu film called Cinema Bandi was recently announced by the duo as the debut production of D2R Indie. “It’s a sweet film by first time director Praveen Kandregula and the basic thought behind it is that everyone is a filmmaker at heart, specially in India,” he shares.

Set in a small village in a border town between Andhra Pradesh and Karnataka, the story follows a bunch of villagers who find a film camera and decide to make a film. “It has a raw, uncinematic feel to it and all the actors are newcomers,” Raj says about the movie, which will be shown on Netflix. Another indie venture, this time in Hindi, is in the pre-production stage.

OTT is equal to pure filmmaking

There is a whole lot of other stuff that’s happening on the work front — a micro-series which they plan to shoot soon, another web series starring Shahid Kapoor and a feature film whose first draft is ready. The Family Man’s season 2 — unlike what the rumours suggested a month ago — is very much on and “will be out very soon”, says Raj, who is tight-lipped about it as they also have some announcement to make with it.

We want to support indie filmmakers, specially first timers to make their films. The idea is not to call for stories because it’s not like we have a dearth of them. It’s about finding a filmmaker who has a story or script and wants to make this film. If it interests us, we want to help him make it without any hassle.

The OTT space has been supremely exciting for the duo, who were among the first few filmmakers to embrace the digital space. A cricket analogy comes to Raj’s mind as he compares OTT and feature films. “It’s like playing a test match versus a one day. It is two formats and two styles of playing. When I’m asked how it is to direct for OTT, I say it’s liberating. It is pure filmmaking because the frills and packaging are cut out. The format limitations are also lifted. Unlike films, here I don’t even want to tell the audience what the protagonist is all about till the third episode and they will still watch it because I can peel layers much more intricately. As filmmakers and writers, it is a very exciting process,” says Raj.

Leaving behind lucrative jobs in the US and turning to writing, direction and production might have resulted in some cult favourites from their kitty, but it has been a challenging journey nevertheless. “We were outsiders, didn’t even know the language or the city, so we started at zero. So now, you come in with a suitcase and then what? It starts from there. We have seen almost every challenge with every film, so there are a lot of learnings on the way,” recollects Raj.

Read Also
I am not afraid of trying anything new: Paatal Lok actor Jaideep Ahlawat 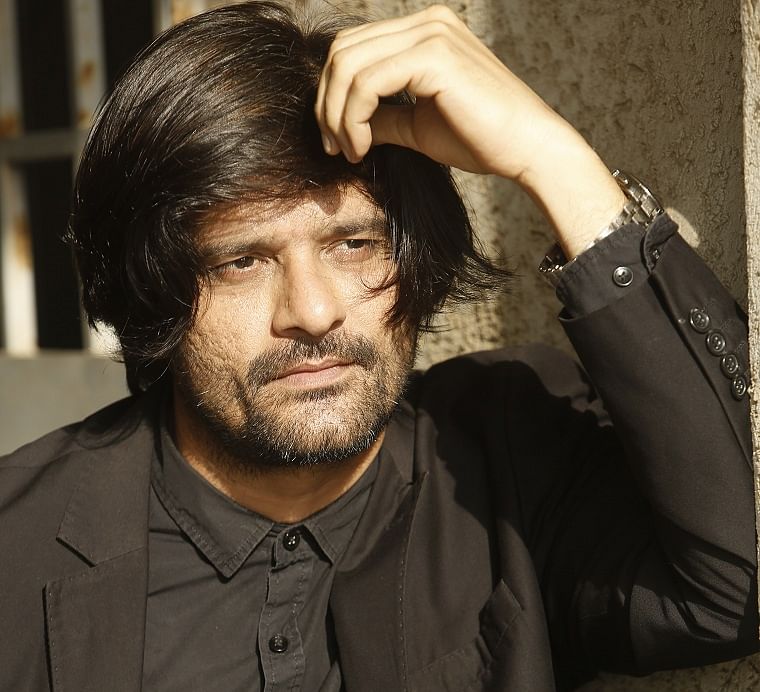 He and DK, he shares, are pretty much on the same page when it comes to taking on projects. “There are some niggles and finer points we sometimes differ on, but there is always some point one makes that the other gets convinced about,” he says about their partnership.

When we asked Raj to come up with a few OTT recommendations for people to watch from the safety of their homes, he came up with this list of what he believes might be lesser-known shows/films, but definitely worth a watch.

Kingdom: It’s a Korean series which has a period setting and zombies in it. It almost mimics the virus situation we are going through.

Succession: I love it, can’t wait for the next season.

Veep: I loved the show for the crazy political humour that I have never seen before.

Raat Akeli Hai: It is a well-crafted feature film.

Eeb Allay OO!: I loved the independent nature of it and that it dared to not have a familiar structure. That requires a lot of conviction and a specific vision.

Read Also
'The White Tiger' actor Adarsh Gourav gets candid about the movie, his BAFTA nomination, and more 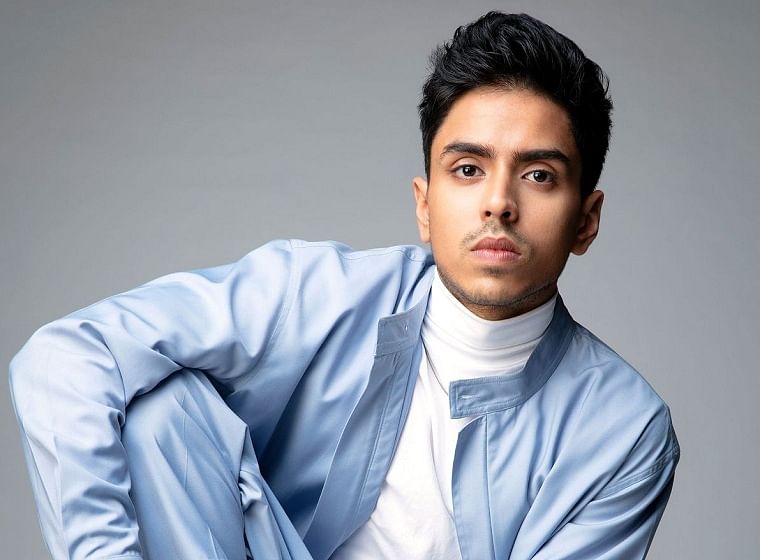