Another woman personnel was roped in to pose as a nurse and two constables were sent as canteen workers to the college to solve the case, he said.

A student at the college had filed a complaint with the University Grants Commission (UGC) helpline, following which the institute's administration filed a criminal case against unidentified students on July 24.

“The complaint on the UGC helpline had complete details about the ragging incident, but it did not mention the names of the accused and the complainant student. The complaint also carried screenshots of chats on a social media platform, but the number of students involved had not been revealed,” Sanyogitaganj police station in-charge Tehzeeb Qazi told PTI.

A woman police official was sent to the college, where she posed as a medical student and was able to connect all the dots in the case successfully to nail the accused, he said. Another woman personnel was roped in to pose as a nurse and two constables were sent as canteen workers to the college to solve the case, he said.

A detailed investigation not only confirmed the crime, but also helped the police identify 11 students who were involved, the official said.

As per the probe, the accused senior students had allegedly ragged their juniors by making them perform some obscene acts, he said.

Notices have been served to the accused under relevant provisions of the Criminal Procedure Code (CrPC) and they have been asked to cooperate in the investigations and appear in court when the chargesheet is submitted, the official said.

After getting a list of the accused students, the college administration has suspended them for three months with immediate effect last week, he added. 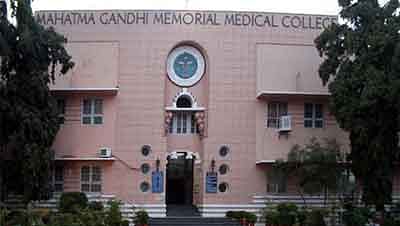