The accused students had allegedly ragged their juniors by making them perform some obscene acts, it was stated.

Indore: The police have identified 10 students allegedly involved in a case of ragging at Indore's government-run Mahatma Gandhi Memorial (MGM) medical college more than four months ago, an official said on Tuesday.

Based a formal complaint lodged by an employee of the MGM Medical College, the police had in July registered a case against unidentified senior students of the institute.

The accused students had allegedly ragged their juniors by making them perform some obscene acts, it was stated.

Read Also
Assam shocker: Another ragging incident in state as 14 students rusticated from hostel over... 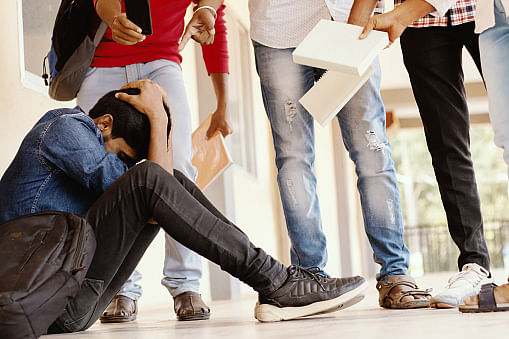 A detailed investigation has revealed clues to support the allegation that during ragging, some senior students would ask juniors to perform obscene acts and force them to follow some other directives, Sanyogitaganj police station in-charge Tehzeeb Qazi told PTI.

The 10 accused students have been identified, but they are not arrested yet, he said, adding that the police have been given a deadline of December 15 to file a chargesheet in the case.

The medical college's dean Dr Sanjay Dixit said that the police were yet to submit the list of students accused of ragging.

"We will take action after getting the list of these students," Dr. Dixit said and claimed that such incidents occurred outside the premises of the college and its hostels.