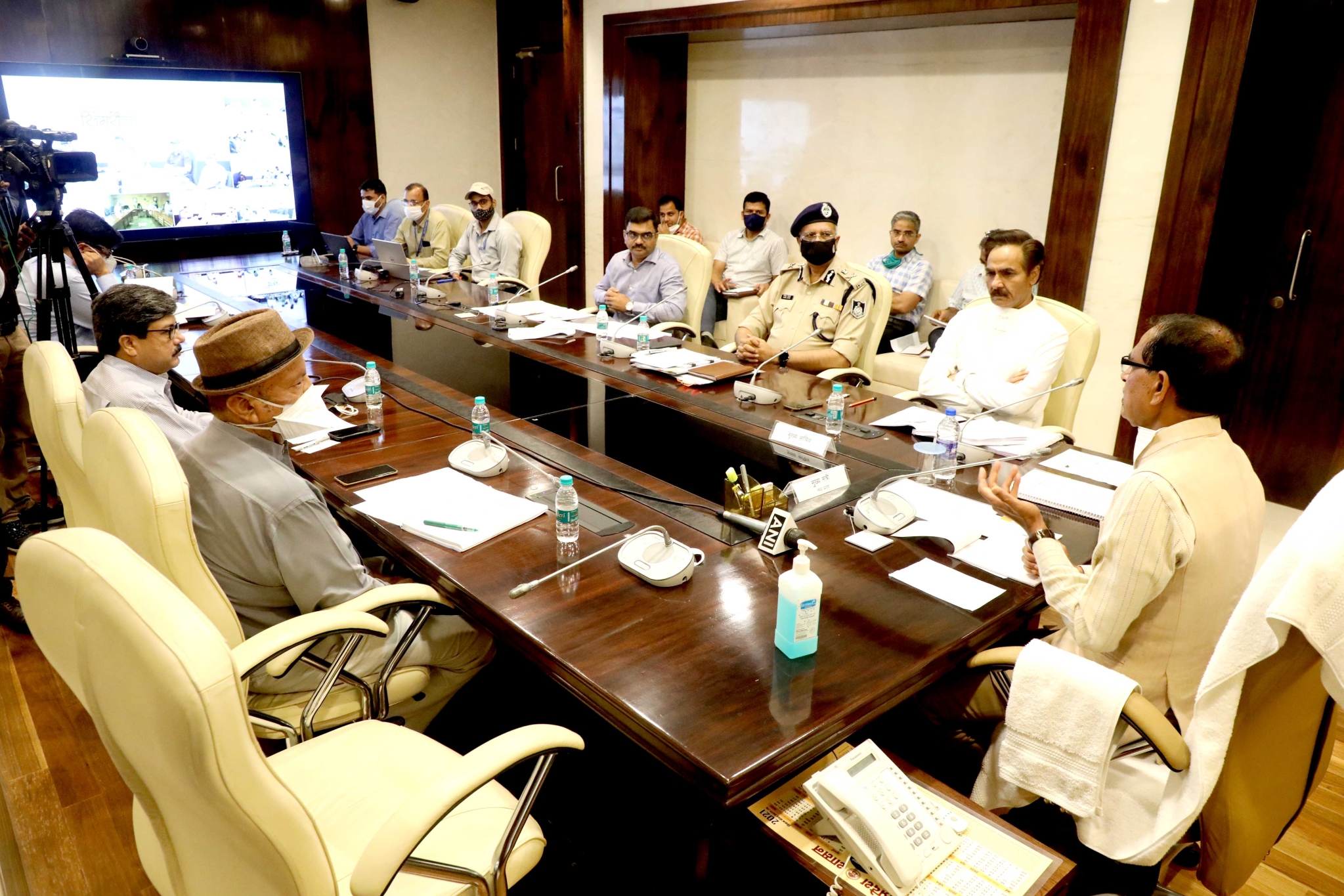 BHOPAL: Chief Minister Shivraj Singh Chouhan has said that he will not spare any officer who will be found guilty in taking money for allotment of PM Awas Yojna. He said this during commissioner collector conference on Monday.

Chouhan said that he had come to know about it during his Jan Darshan Yatra in Raigaon. ‘I have suspended the concerned officers and ordered an inquiry too,’ Chouhan said during meeting.

CM said that he will conduct surprise checking. Officers should do work of the public without harassing them. Officers should understand that Suraaj means getting the work done without money exchanging hands. People should get benefit of public welfare schemes.

Chief Minister has set deadline for 100% vaccination in state. Addressing commissioner collector conference on Monday, Chouhan said that all eligible persons should be covered for first dose of vaccination by September 27 and second dose by December.

The collectors-commissioners conference continued for over 7 hours because of which the cabinet meeting was postponed for the next day.

Chouhan asked the officials to cover 100% eligible people for vaccination and adopt door to door scheme to reach every person in every village.

Chouhan also instructed the officials to control dengue in state. All measures should be adopted including spraying of pesticide, fogging and introducing larvae eating fishes in ponds. Dengue awareness campaign should go on, he added.

During his address, CM reminded the officers that state government has zero tolerance policy in issues related to corruption. He also stressed that Jan Suraj Abhiyan is on from September 17 to October 7. Officials should make the delivery system more effective.

Instructions were given that campaign to rectify revenue records will start from 1-15 November to end the pendency. There should be no delay in appointments on compassionate ground.

CM emphasized on use of social media platforms to strengthen the delivery system and address grievances.

CM congratulated Gwalior, Sagar, Chhatarpur, Seoni and Khandwa district collectors for freeing government land from land mafias. Chouhan said that such lands could be used for houses for poor.

CM reviewed action against mafia, crime against women, implementation of covid relief schemes, one district one product and construction of oxygen plants besides other issues.