4,000 cowsheds to be set up through MNREGA

The Shivraj Singh Chouhan-led government has speeded up the Goushala (cowshed) project which the Congress had brought before the Vidhan Sabha elections.

The Congress made cow a major issue in its election manifesto before the assembly polls in 2018.

Former chief minister Kamal Nath showed keen interest in the project. The present government is also constructing cowsheds as the Congress did during its rule.

In a video conference, the Chief Ministers told the MNREGA workers that the government would construct 4,000 cowsheds in the state.

There will be enough space for their grazing, he said. As many as 700 cowsheds, being constructed by the animal husbandry department, are on the verge completion. 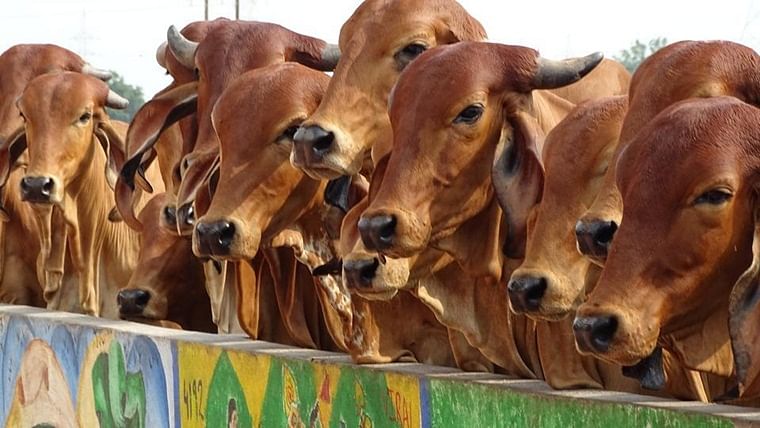 Some cowsheds have already begun to function. As the cattle sit on roads in the rainy season, many accidents occur, and livestock die in mishaps.

The Congress raised the issue during the campaigning for the last assembly elections.

The BJP also did not show any negligence in implementing the Congress’s decision to construct cowsheds in its 15-month rule.

Principal Secretary of the animal husbandry department JN Kansotia says the construction of cowshed is going on very fast.

Some cowsheds have been constructed, and many other things related to the project will soon be completed, he said.