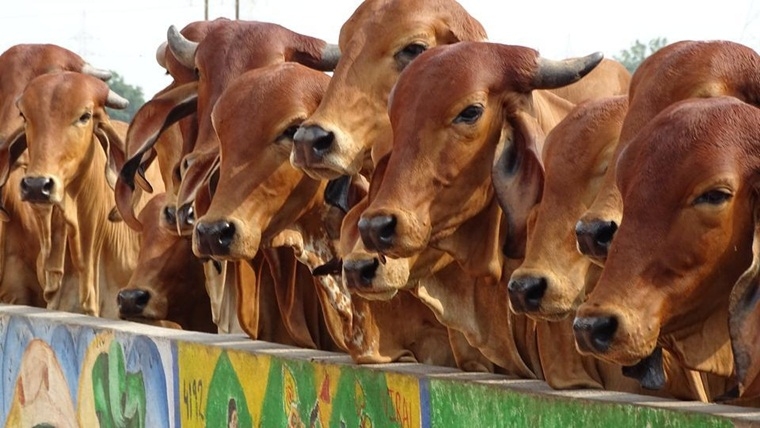 BHOPAL: Disbursement of wages to labourers engaged in construction of 1000 gaushalas (cow shelter) under MNREGA has run into trouble as over 90 per cent of the fund allotted is being spent on building material.

Basic norms of the Mahatma Gandhi National Rural Employment Guarantee Act (MNREGA) are being flayed for building gaushalas across the state utilizing the funds allotted under MNREGA. The MNREGA norms have provision of spending 60% of the allocated fund on labour wage while remaining 40% is meant for buying construction material for the project. On the contrary, according to field reports about 92% of the allotted fund is being used to buy the building material.

The situation arises as state government didn’t make any provision for funds for 1000 gaushalas the construction of which are being taken up by animal husbandry department. All these gaushalas are being built with MNREGA funds of Rs 280 crores for the first phase. State government has allocated Rs 28 lakh for each gaushala.

This has caused a peculiar situation as government is left with fewer funds for labour wages for workers engaged in building of gaushalas. If labour wages are paid appropriately- budget for building gaushala will be affected adversely.

The situation has led zila panchayat officials to write to MNREGA Council for guidance. Most of the CEO’s who have written letters to MNREGA Council have stated that if labourers are to be paid wages then administration should stop all type of constructions.

An official said that on an average, one panchayat spends Rs 15 lakh on construction under which CC Roads, stop dams, culvert etc are built. ‘All construction work needs to be stopped immediately to make provision for wage payment to the labourers as construction of gaushalas have spoiled the idea ratio of 60% for wages and 40% for building material,’ said the official requesting anonymity.

Admitting to the problem, panchayat minsiter Kamleshwar Patel said that provisions are being made but delay is being caused in getting centre’s share of fund.