BHOPAL: Senior BJP MLA Ajay Vishnoi has once again attacked his own government- this time on erratic power supply. He has written an open letter to Chief Minister Shivraj Singh Chouhan saying that the power supply and maintenance system has lapsed in the state.

In a scathing attack, Vishnoi writes in his letter that he had apprised the CM Chouhan of the problems related to power in the state but reforms for erratic power supply are not in his priority list.

‘This is the reason why I am writing an open letter. Your government will not be affected by this expose' but improving the situation might stop the votes shifting to another side,’ wrote Vishnoi.

The senior BJP MLA has pointed out in the letter that a large section of consumers especially from the rural areas and engaged in agriculture are fed up with erratic power supply and frequent power cuts. Electricity department does not change the burnt transformers in time. They do not even buy new transformers and keep reusing old ones. Your MLAs and even your ministers are unable to get the problem addressed, the letter read. 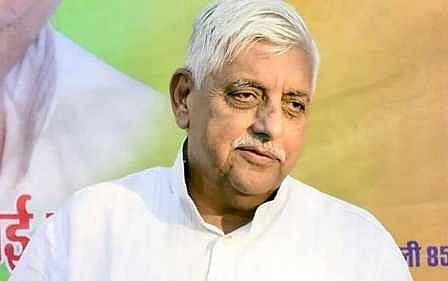 This is not the first time that Vishnoi has attacked people from his own party. He had attacked Chouhan earlier when he could not nominate in-charge ministers for districts.

Vishnoi tweeted, ‘My respects to eminent Madhya Pradesh Chief Minister Shivraj Singh Chouhan. All the state districts are waiting for the Minister in-charge to seek a simple solution to various problems.’

He had expressed his displeasure earlier when two MLAs were inducted in the cabinet. He had accused Chouhan of neglecting Mahakaushal and Vindhya region.