BHOPAL: Economic Offences Wing has registered a case against the then officials of Integrated Child Development Scheme of Ratlam district for committing Rs 2 crore financial irregularity in the name of anganwadi upgradation. The DG, EOW Ajay Kumar Sharma informed a case has been registered against the then Project Officer Bharti Chauhan, Mukesh Verma and the then Supervisor Prerna Chauhan of Bajana and Sailana blocks under Corruption Act.

Under the ICDS mission the Union government had sanctioned funds to the Anganwadi for building upgradation in the year 2013. A sum of Rs 2 crore were provided to the two development blocks Bajna and Sailana to construct ramps, swings installation, repair and painting and undertake other development work at the anganwadi.

In the year 2013-14, Rs 1 lakh was released for each Anganwadi under the Scheme, the project was to be carried out under the supervision of a committee constituted at Gram Panchayat level. 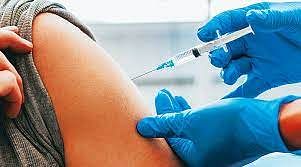 A contractor or other agencies were to be hired for undertaking the project, however, the officials did not form the committee and engaged their own people for the carrying out the development work at anganwadi. They got the bill prepared and released the amount.

After the irregularities in the two blocks were reported to senior officials, a team was sent to inspect the development works. The administrative teams that went for physical verification found that the anganwadi were running in ëkachaí buildings in many villages. On the papers it was shown that the upgradation and renovation had taken place, but when the team inspected the premises they found no such development. In 2016, a complaint in this regard was lodged with EOW.

After conducting investigations for five years, EOW registered a case against the then project officer Chauhan, Mukesh Verma and the then supervisor Prerna Chauhan under sections of the Corruption Act.