Former minister in the Kamal Nath government, Sajjan Singh Verma, said some more historical facts related to Rani Laxmibai should be included in the academic syllabus.

When questioned, Jyotiraditya Scindia, he was quick to lambast the Congress |
Follow us on

Bhopal (Madhya Pradesh): A fresh political storm is brewing between the ruling Bharatiya Janata Party (BJP) and the Congress over the latter demanding renaming of the cities of Gwalior and Indore in Madhya Pradesh after the valiant freedom fighter Rani Laxmibai and Devi Ahilyabai, respectively.

Earlier, there was a demand to change the name of Indore. The Queen of Jhansi, Maharani Laxmibai was martyred in Gwalior during the First War of Independence. On June 18, which is observed as Rani Laxmibai's Martyrdom Day, Madhya Pradesh Congress workers demanded renaming Gwalior after Laxmibai.

Former minister in the Kamal Nath government, Sajjan Singh Verma, said some more historical facts related to Rani Laxmibai should be included in the academic syllabus. At the same time the new generation needs to be told who were the conspirators behind the death of Rani Laxmibai, Verma added.

Along with changing the name of Gwalior, Indore should also be renamed as Devi Ahilyabai Nagar. The Congress will send the proposal to rename Gwalior and Indore to the BJP government.

As the demand for renaming Gwalior by the Congress came before the former Scindia royal family scion and BJP Rajya Sabha MP, Jyotiraditya Scindia, he was quick to lambast the Congress. The Scindias are the former rulers of Gwalior.

When the media questioned him about this demand of the Congress, Scindia attacked his former party and said, "Now that there is so much interest in changing names of cities, the Congress should first change the name of their own party and should try to cement a place in the mind and hearts of the people."

Accusing the Congress of doing politics during the Covid-19 pandemic, Scindia said, "The Congress leaders are doing politics at the time of a pandemic like Covid-19. First they urged the people not to get vaccinated, now they have alleged that some animal's meat is mixed in the vaccine and only people with such mindset are rushing to receive the vaccine jab themselves."

The politics of renaming places in the state has been going on for a long time. The Shivraj Singh Chouhan government has announced to rename Hoshangabad as 'Narmadapuram' for which the proposal is pending before the Central government.

BJP Lok Sabha MP from Bhopal, Pragya Singh Thakur, had raised the demand to change the names of Islamnagar, Lalghati, Halali Dam and Halalpura Bus Stand, all located in Bhopal.

Political analysts believe that some political leaders want to remain in the limelight so they keep on raising the demand for renaming cities and places in the state. The common man in the state is facing several problems. The Covid-19 pandemic caused havoc among the people and now the campaign for vaccination is underway in full swing.

On the other hand, problems like inflation and unemployment have taken a toll, but the politicians instead of paying heed to these problems are focusing on changing the names of cities. 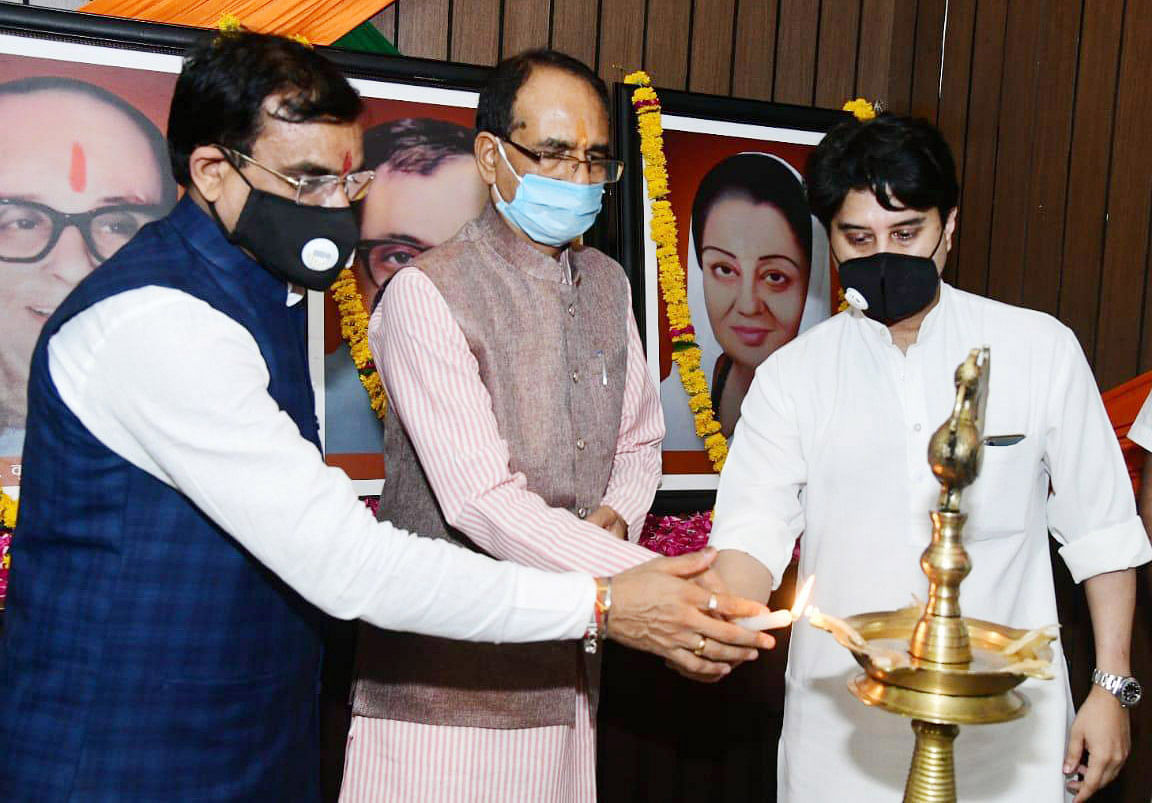