HomeBhopalBhopal: BJP to confront two issues because of Centre’s policy

Bhopal: BJP to confront two issues because of Centre’s policy

Bhopal(Madhya Pradesh): The Central Government policies may spawn two major issues that can set off troubles for the state government. Eleven months before the elections, the Congress has announced that it will restore the policy of waiving farmers’ loans and the old pension scheme.

The Congress is going to make those schemes a major issue. On the one hand, the party is trying to woo the farmers by writing off their loans. On the other hand, it plans to bring the government servants to its fold through the old pension scheme, but the Bharatiya Janata Party (BJP) is unable to find an issue to counter the Congress on these two schemes. Waiving of farmers’ loans was a major issue of the Congress in the 2018 election and got their support. The party is going to play the same card as they did in the last election.

According to political analysts, the party’s central leadership takes decisions on most of the issues. Ergo, it may not be easy for the state government to take a decision on other issues, too.

Read Also
Bhopal: Uma to launch fight-to-the-finish stir from Jan 17 against sale of liquor in MP 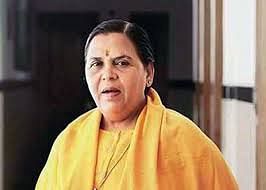