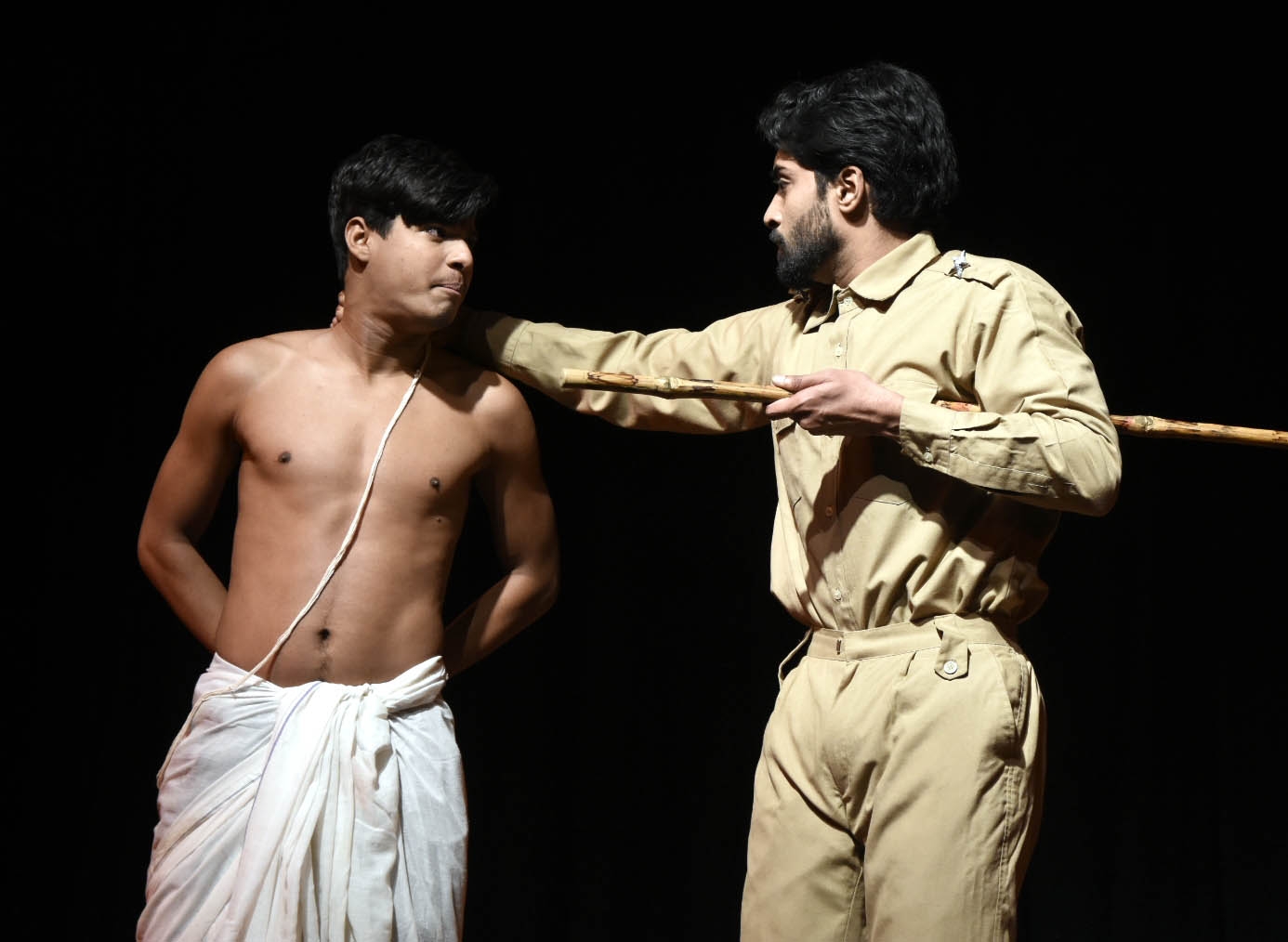 BHOPAL: A play ‘Aazad,’ based on the life of Chandra Shekhar Azad was staged at Saheed Bhavan on Friday on the fifth day of a seven-day ongoing drama festival ‘Aadi Vidrohi’ focusing on martyrs of the freedom movement and mass awareness. Swaraj Sansthan Sanchanalay, Bhopal organised the festival.

Directed by Shobha Chatterjee, the play was scripted by Shyam Sunder Tripathi and director of MP School of Drama Alok Chatterjee. The play was presented by more than 25 artists of Aahan, an educational, cultural and social welfare Samiti, Bhopal.

Chandrashekhar, known as by his self-taken name Azad was a revolutionary who reorganised the Hindustan Republican Association (HRA) under its new name of Hindustan Socialist Republican Army (HSRA) after the death of its founder, Ram Prasad Bismil, and three other prominent party leaders, Roshan Singh, Rajendra Nath Lahiri and Ashfaqulla Khan. He often used the pseudonym 'Balraj' when signing pamphlets issued as the commander in chief of the HSRA (Hindustan Socialist Republic Army). Azad made Jhansi his organisation's hub for some time. He used the forest of Orchha, situated 15 kilometres (9.3 mi) from Jhansi, as a site for shooting practice and, being an expert marksman, he trained other members of his group. He built a hut near to a Hanuman temple on the banks of the Satar River and lived there under the alias of Pandit Harishankar Bramhachari for a long period. He taught children from the nearby village of Dhimarpura (now renamed Azadpura by the Government of Madhya Pradesh) and thus managed to establish good rapport with the local residents.

While living in Jhansi, he also learned to drive a car at the Bundelkhand Motor Garage in Sadar Bazar. Sadashivrao Malkapurkar, Vishwanath Vaishampayan and Bhagwan Das Mahaur came in close contact with him and became an integral part of his revolutionary group. The then congress leaders from Raghunath Vinayak Dhulekar and Sitaram Bhaskar Bhagwat were also close to Azad. He also stayed for sometime in the house of Rudra Narayan Singh at Nai Basti, as well as Bhagwat's house in Nagra.

One of his main supporters was Bundelkhand Kesri Dewan Shatrughan Singh, the founder of the freedom movement in Bundelkhand, who gave Azad financial as well as assistance with weapons and fighters. Azad visited his fort multiple times in Mangrauth.