The attack was similar to an incident in Awadhpuri where a 4-year-old boy was mauled to death by stray dogs in 2019.

BHOPAL: A 7-year-old girl was attacked by a group of stray dogs in presence of her mother. The terror of stray dogs was unleashed in Kohefiza area on Tuesday, when half-a-dozen dogs mauled the girl causing her severe injuries. She was then rushed to the hospital.

The attack was similar to an incident in Awadhpuri where a 4-year-old boy was mauled to death by stray dogs in 2019. This girl too would have fallen prey to the deadly bites, had it not been the timely intervention of two local youth. Sitting in a nearby building, they rushed to girl’s help. The incident occurred near New Dimension School at housing board colony in Kohefiza.

The girl Riza was taking a walk in Kohefiza with her mother around at 10.45 pm when the pack of dogs attacked her. As the girl’s mother drove away one of the dogs, the other dogs attacked both of them. There were six dogs and all of them appeared blood-hungry as they were attacking the girl. The girl received injuries on her face while her mother was unhurt. Mohammad Ali Khan, the youth who saved the girl, said it was dark and the area wore a deserted look.

They said the stray dogs in the area have become a threat to lives of minors. They often attack the vehicles but no action is taken by Bhopal Municipal Corporation (BMC). The BMC sent a dog squad and caught ten dogs on Wednesday.

May 2019: A boy in Awadhpuri was attacked by dogs and had died during treatment. He was playing outside his house when dogs mauled him to death on May 19. Despite district administration’s assurance, stray dog menace was not addressed.

Sept 2019: A dog was killed in Ginnori area when it attacked a girl and a man one by one. The residents raised protest but nothing happened.

City has over 1 lakh stray dogs and their sterilisation is done at regular intervals. Officials say the dogs can be caught and sterilised but will be left back in their area. Sterilisation helps in checking aggression. 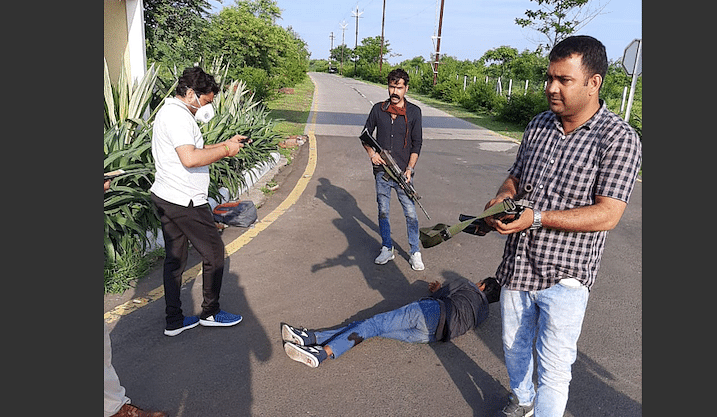