The US, Britain and Australia have announced a new trilateral security alliance for the Indo-Pacific to protect their shared interests. The first major initiative of the alliance will be to deliver a nuclear-powered submarine fleet to Australia, which will act as a check on China's growing influence over the strategically vital region.

This is one of the biggest defence partnerships in decades, analysts said; China has condemned the agreement as "extremely irresponsible". Foreign ministry spokesman Zhao Lijian said it "seriously undermines regional peace and stability and intensifies the arms race".

The new alliance, AUKUS, was launched virtually with a joint televised address on Wednesday. Under the alliance, the three nations have agreed to enhance the development of joint capabilities and technology sharing, foster deeper integration of security and defence-related science, technology, industrial bases and supply chains.

The submarines will be built with the help of the US and the UK. These will be powered by nuclear reactors but not armed with nuclear weapons.

"The UK, Australia and US are natural allies - while we may be separated geographically, our interests and values are shared," said British Prime Minister Boris Johnson, who joined US President Joe Biden and Australian Prime Minister Scott Morrison from Downing Street for the virtual address before a joint statement was released.

"The AUKUS alliance will bring us closer than ever, creating a new defence partnership and driving jobs and prosperity. This partnership will become increasingly vital for defending our interests in the Indo-Pacific region and, by extension, protecting our people back at home," he said.

The pact has created a row with France, which has lost a deal with Australia to build 12 submarines. "It's really a stab in the back," France's Foreign Minister Jean-Yves Le Drian told France Info radio.

Speaking to the BBC, UK Defence Secretary Ben Wallace said China was "embarking on one of the biggest military spends in history". "It is growing its navy [and] air force at a huge rate. Obviously, it is engaged in some disputed areas," he said. "Our partners in those regions want to be able to stand their own ground." 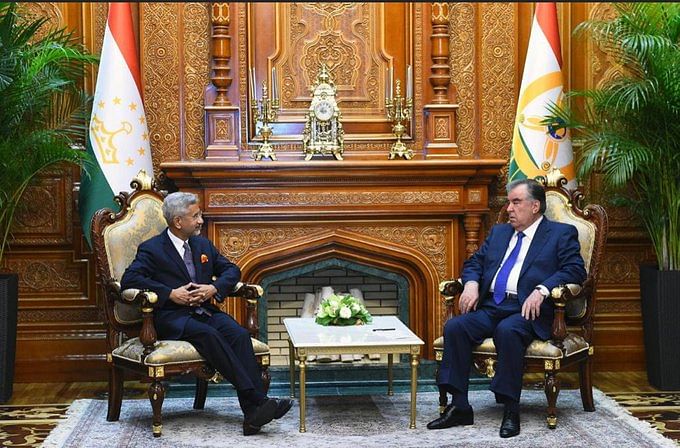