Multiple American media outlets declared Sanders as the winner of the Nevada Caucus for the Democratic Party’s presidential primary.
Agencies 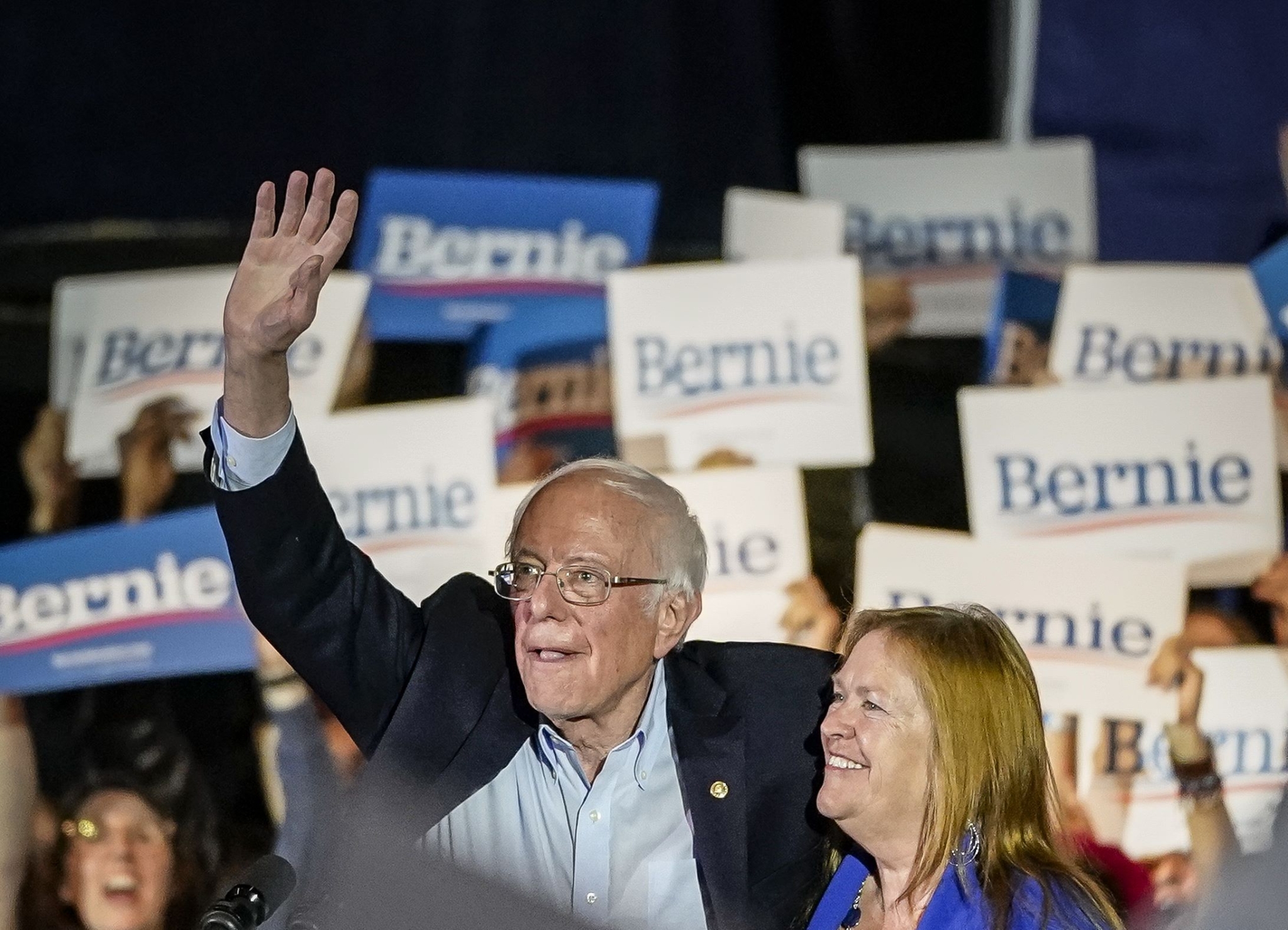 Democratic presidential candidate Sen. Bernie Sanders (I-VT) and his wife Jane Sanders wave as they exit the stage after winning the Nevada caucuses during a campaign rally at Cowboys Dancehall on February Saturday in San Antonio, Texas. | AFP

US Senator Bernie Sanders on Sunday secured a convincing victory in the crucial Nevada caucus, giving a big boost to his campaign for the 2020 White House bid as the race to Democratic party’s nomination gathers momentum over the next few months.

Multiple American media outlets declared Sanders as the winner of the Nevada Caucus for the Democratic Party’s presidential primary. The 78-year-old senator from Vermont had 54 per cent of the county delegates available when several national news networks, including Fox news and MSNBC, called the race with only four per cent of precincts reporting.

When last reports came in, Sanders had garnered more than half of the votes, with former vice president Joe Biden trailing at 19 per cent.

“Breaking: We won Nevada! We are building an unprecedented grassroots movement, and together, there is nothing we cannot accomplish,” Sanders tweeted.

Sanders, who lost to former secretary of state Hillary Clinton in the 2016 presidential primaries in New Hampshire, had won the New Hampshire primary recently and was in a virtual tie with underdog Pete Buttigieg in Iowa.

“Looks like Crazy Bernie is doing well in the Great State of Nevada. Biden and the rest look weak, and no way Mini Mike can restart his campaign after the worst debate performance in the history of Presidential debates,” the president tweeted.

“Congratulations Bernie, and don’t let them take it away from you!” Trump tweeted.

“We did it! We won the Nevada caucus, and we won BIG!” said Faiz Shakir, the campaign manager for Sanders.

"This win is our win, in large part because of the record number of donations and volunteer enthusiasm for Bernie in the state," he said.

Nevada is the first state with a diverse population to hold a nominating contest. "In Nevada, and in New Hampshire and in Iowa - what we showed is that our volunteers are prepared to knock on hundreds and hundreds of thousands of doors," Sanders was quoted as saying by CNN in San Antonio.