Putin urges Ukraine to sit down for talks but warns that Moscow will not give up the newly incorporated regions.

Moscow: Russian President Vladimir Putin on Friday opened a Kremlin ceremony to start the process of absorbing parts of Ukraine into Russia, defying the international laws, with the state-appointed leaders of the territories being seized signing the formal documents.

Putin has also urged Ukraine to sit down for talks but has warned that Moscow will not give up the newly incorporated regions, reported news agency AP.

The annexation ceremony in the Kremlin's opulent white-and-gold St. George's Hall features Putin and the heads of the four regions of Ukraine signing treaties for them to join Russia, in a sharp escalation of the seven-month conflict.

The ceremony comes three days after the completion of Kremlin-orchestrated "referendums" on joining Russia that were dismissed by Kyiv and the West as a bare-faced land grab, held at gunpoint and based on lies.

The separatist Donetsk and Luhansk regions in eastern Ukraine have been backed by Moscow since declaring independence in 2014, weeks after the annexation of Ukraine's Crimean Peninsula.

The southern Kherson region and part of the neighboring Zaporizhzhia were captured by Russia soon after Putin sent troops into Ukraine on Feb. 24.

Both houses of the Kremlin-controlled Russian parliament will meet next week to rubber-stamp the treaties for the regions to join Russia, sending them to Putin for his approval.

Putin and his lieutenants have bluntly warned Ukraine against pressing an offensive to reclaim the regions, saying Russia would view it as an act of aggression against its sovereign territory and wouldn't hesitate to use "all means available" in retaliation, a reference to Russia's nuclear arsenal.

The Kremlin-organized votes in Ukraine and the nuclear warning are an attempt by Putin to avoid more defeats in Ukraine that could threaten his 22-year rule. Russia controls most of the Luhansk and Kherson regions, about 60% of the Donetsk region and a large chunk of the Zaporizhzhia region where it took control of Europe's largest nuclear power plant. 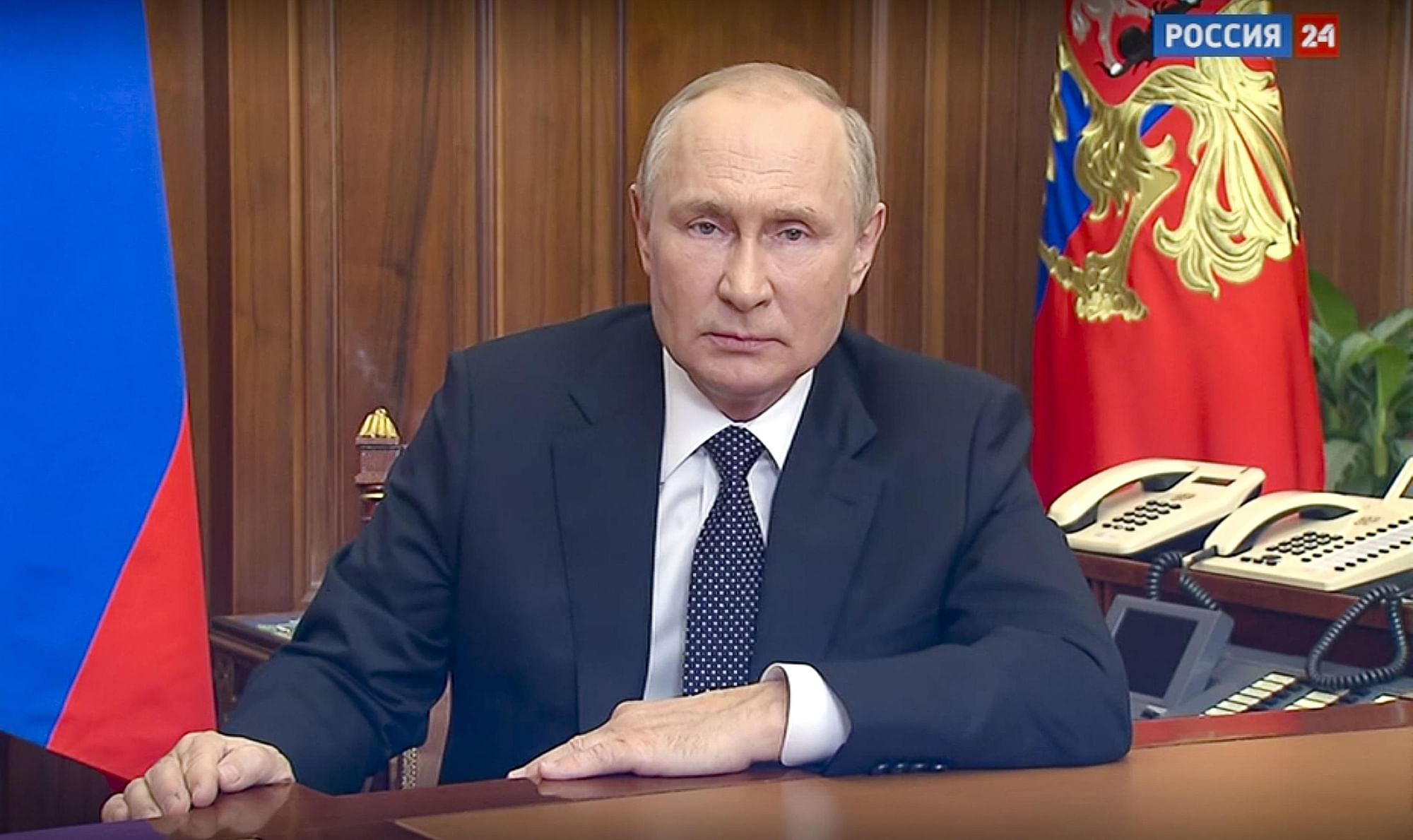