HomeWeekend'It is beyond religion': Singers Kavita Seth and Girish Sadhwani open up on Sufism, Rumi and love

'It is beyond religion': Singers Kavita Seth and Girish Sadhwani open up on Sufism, Rumi and love

Sufi music is suffused with the ideology of love. Some people interpret the Sufi way of life as one in which a deeper identity is discovered. This true self is informed with more awareness and more love than the earlier superficial personality. It recognises that every person will individualise the experience in their own unique way while never being separate from the essential truth.

Two talented Sufi singers Kavita Seth and Girish Sadhwani reveal how they have had unique experiences while singing songs that brings them closer to the Supreme being and elevates them.

In April, Sufi music exponent Girish Sadhwani was performing a salon concert for 25 people in Bengaluru when he suddenly stopped singing, much to the consternation of the rapt audience. “That day, I was singing with such shiddat (intensity) that I experienced a strong presence of the divine and felt as if I were going into a state of mind from which I may not know how to return. I thought that if I didn’t hold myself, I would begin dancing ecstatically or crying copiously.”

Don’t grieve. Anything you lose comes around in another form — Rumi

It seems slipping into a trance-like state is not unknown among exponents of Sufi music. Award-winning singer Kavita Seth (renowned for her rendition of Sufi numbers including Wake Up Sid’s Gunja sa hai iktara) shares a similar experience. “Once it happened at a concert in Hyderabad. After singing, I felt I was out of my physical body and at some higher level. It took me some time to return to my physical state. I narrated this to my parents saying I want to be in this state of lightness and disconnectedness from my body all the time,” says Seth.

Why do you stay in prison when the door is so wide open? — Rumi

The heightened state of emotion while singing Sufi poetry, according to Sadhwani, springs from the Sufi philosophy which is all about “love, love and love — the divine love.” The singer explains, “Neither through books nor through acquired knowledge, one can become a Sufi only through love. Sufi philosophy believes in love for the divine and creation. It does not engage in the radical, religious fanaticism which unfortunately is spreading like fire in the era we live in.”

Seth agrees, “I feel it is beyond religion.”

“There’s this power which you can call by any name. In every moment, feel that power and feel grateful. In Sufism, you surrender to that Supreme power, connect ho jao ... and when you do so, small things don’t matter anymore. This philosophy has been passed down through generations because that is the effect truth has,” she adds.

Identified strongly with Sufi music, Seth leads a Sufi musical group too, Karwaan. “I decided to choose this form because it gives me happiness and sukoon (peace). I find myself immersed in it and then feel elevated ... it’s a nasha (intoxication) I can’t explain; I can’t capture it in words.”

Read Also
Four to the fore: Dinesh Raheja talks about the daughters of stars who are now making their own way... 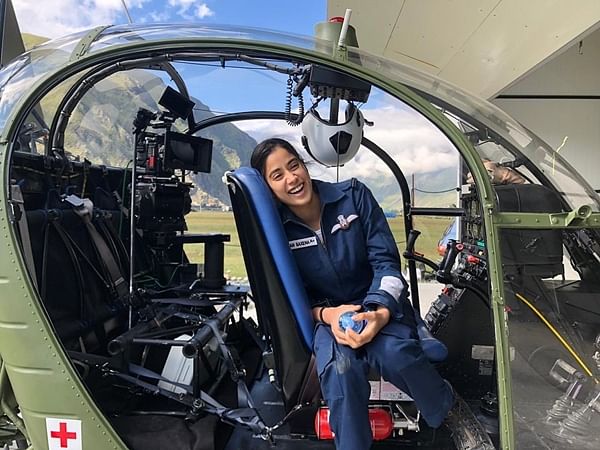 The singer points out that the audience too experiences a positive reaction. “They say they feel transported too. Someone told me they had vertigo and couldn’t sleep but the problem got solved. Music heals in many ways.”

This emotionally charged atmosphere is partly why Seth was drawn towards this form. She says, “And when I performed with Abida Parveen that was a turning point for me which decided where my musical focus would be.”

Be the melting snow. Wash yourself of yourself — Rumi

Sadhwani cites Ameer Khusro, Bulle Shah, Nanak, Kabir, Sadhu Vaswani, Nusrat, Abida, Ghansham Vaswani and Bhagat Kanwar as inspiration. He says, “As a musician, I listen to all genres of music but I am drawn to Sufi music. My playlist illustrates that my inclination or as they say “call of the soul” has always been Sufism.”

As a musician, Sadhwani takes care to point out, “It isn’t the music but the lyrics that defines a Sufi song. Then of course it’s left to the singer and the listener whether they would like to relate to the particular lyric with majazi-ishq (love for the material) or haqiqi-ishq (love for God).”

Lovers don’t finally meet somewhere. They’re in each other all along —Rumi

Given the immense significance of the lyrics in Sufi music, it’s not surprising that both singers are intense admirers of the 13th century Sufi poet, Rumi, whose work remains popular around the world.

“Love for ‘THE LOVE’ is the divine force behind the popularity of Rumi. To me, he has been the best when it comes to love,” Sadhwani says. “I know people who have cried out of love merely by reading Rumi.”

Seth opines that while she has read Rumi only in his English translations and not in the original Persian, she believes that no one else has written as eloquently on love.

“At least I have not read anything better,” she says before adding, “I made a trip to his mazaar at Konya. I thought I would say something but I just kept standing there and crying for hours. Itna sukoon! While talking about it, I am transported back there.”