Revealing what happened behind the scenes before Neeraj Chopra made it to finals at Tokyo 2020 Olympics in just one javelin throw, the athlete informed that he had to take his javelin back from Pakistan's Arshad Nadeem right before his act.

"I was searching for my javelin at the start of the final. I was not able to find it. Suddenly, I saw Arshad Nadeem was moving around with my javelin. Then I told him, 'Bhai give this javelin to me, it is my javelin! I have to throw with it'. He gave it back to me. That's why you must have seen I took my first throw hurriedly," Chopra was quoted as saying by Times of India.

A picture of the newspaper clipping went viral on social media on Wednesday. 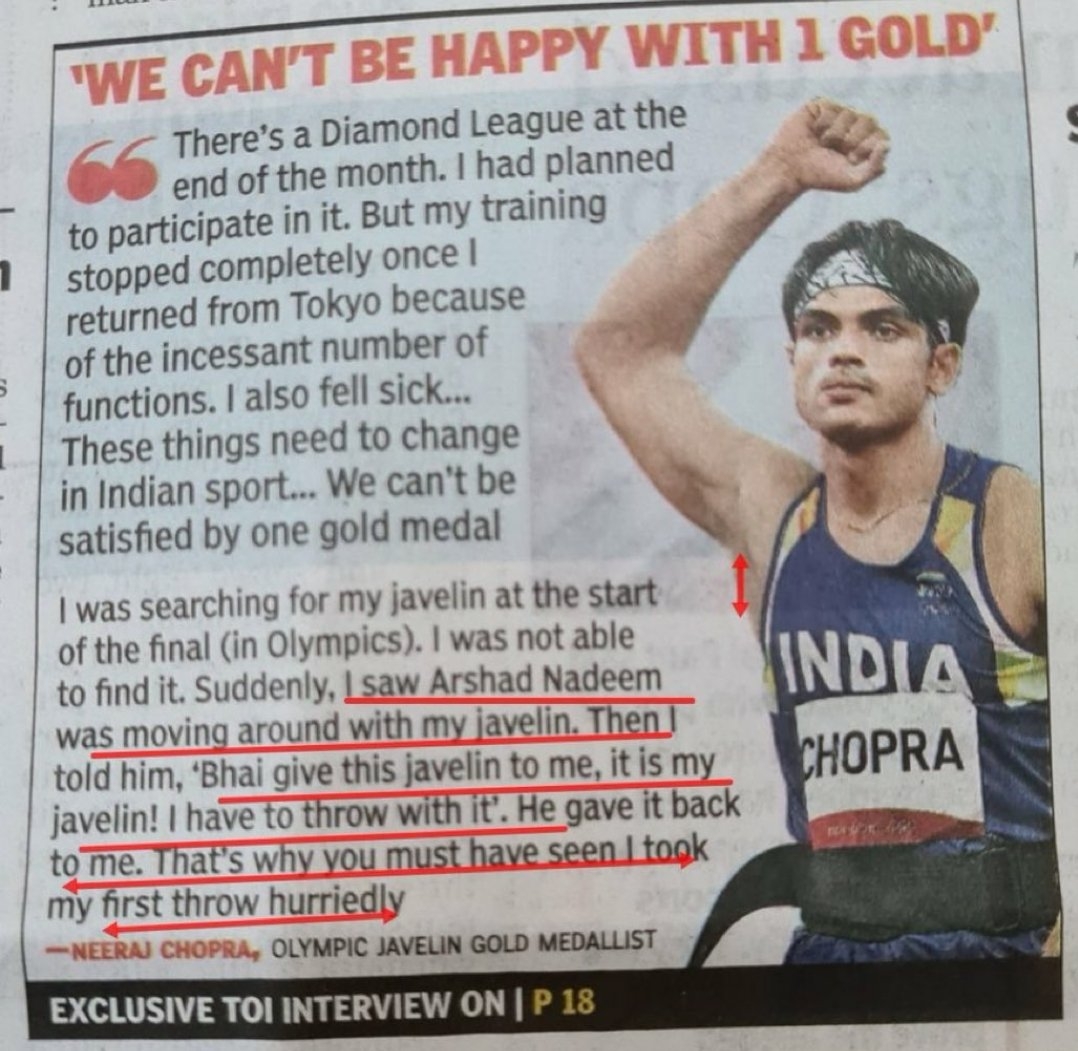 On Thursday, a video of the incident went viral on Twitter. In the video, one can see Chopra taking the javelin from Nadeem before he goes to throw it.

Even though Chopra hasn't complained against Nadeem, many Indians have put allegations of stealing and tampering on the Pakistani athlete. Twitter is flooded with questions by Indian Twitterati about why Nadeem had Chopra's javelin.

Neither of the athletes have commented on the issue so far. 'They have turned him into mere eye candy': Twitter reacts after journalists 'misbehave' with...
Advertisement