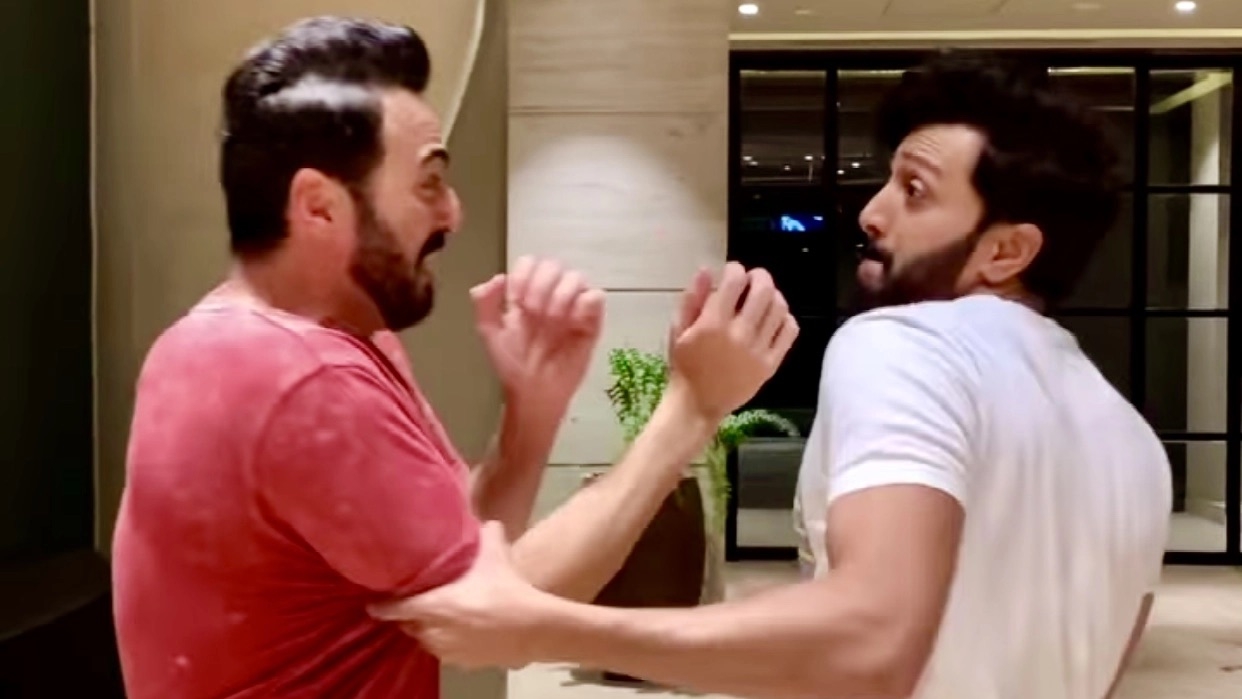 Ayaz Khan is most known for his role as Doctor Shubankar Rai in Dill Mill Gaye, but it was in Jaane Tu Ya Jaane Na that he reached a new level of popularity, or rather dislike. Sushant Modi, the person who dates Genelia D'Souza's character Aditi, was played by Ayaz.

What irritated viewers was that he slapped his fiancée, Aditi; played by Genelia following which her best friend, who ended up being her lover, Jai exacted vengeance on him and began his journey to become a true Rathode.

However, it appears that Ritiesh Deshmukh is Aditi's Jai in real life!

Ajaz shared a funny video of him running into Riteish. Here's what he captioned the reel: "Will this hate ever stop"??

Have a look at the video he shared on Instagram right here:

The video has gone viral on Instagram, with fans reacting to 'real-life' Jay standing up for Aditi.

Have a look at a few reactions on Instagram: