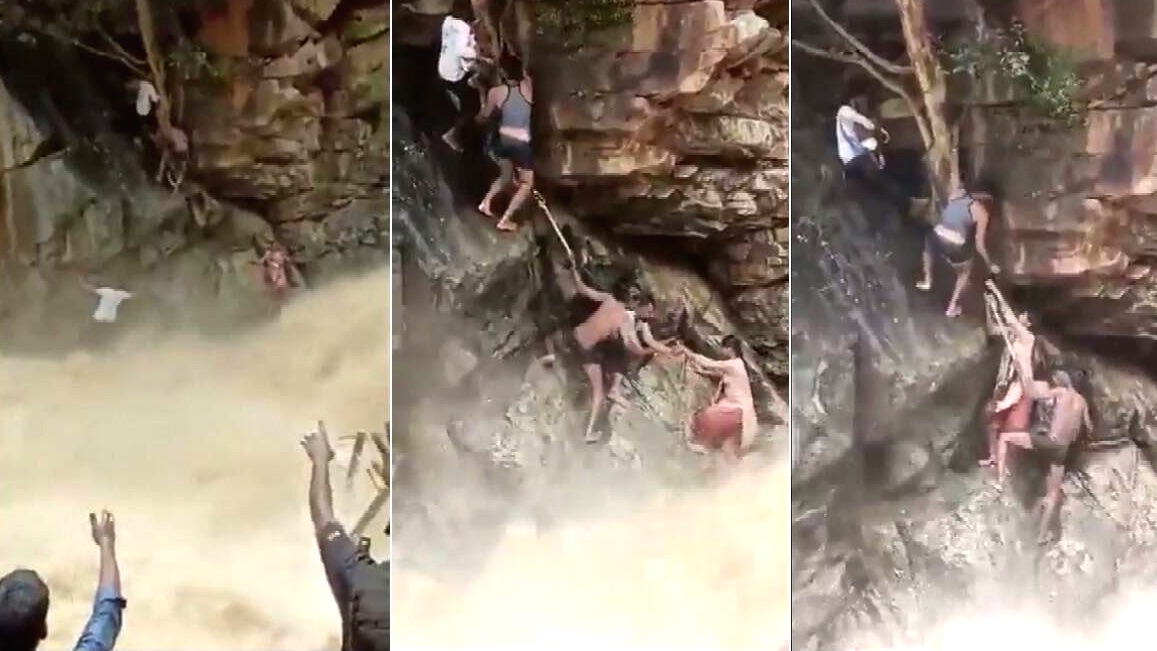 A mother and her kid were saved from a gushing waterfall in Tamil Nadu, receiving much praise on social media, including the state's chief minister, MK Stalin.

Fortunately, officials from the forest department were able to reach the woman and her child using a rope.

Have a look at the video shared by M.K Stalin on Twitter:

Here's what the caption translates to : The courageous act of those who saved the mother and daughter is commendable; Will be distinguished by the Government. Humanity shines on the shores of those who dare to save the lives of others! The public must be vigilant during disasters. Character rules!

The lady is seen hanging dangerously on a rock while hugging her infant in footage that has gone popular on social media. The flowing water of the Anaivari Muttal falls in front of her makes it impossible for her to move.People could be heard shouting on the other side of the waterfall while officials climbed slick rocks to save the two. Officials were seen carefully lifting the youngster and then assisting the mother in climbing to safety using the rope.

Watch : Viral video of Ostrich running down a busy road in Lahore leaves netizens in splits