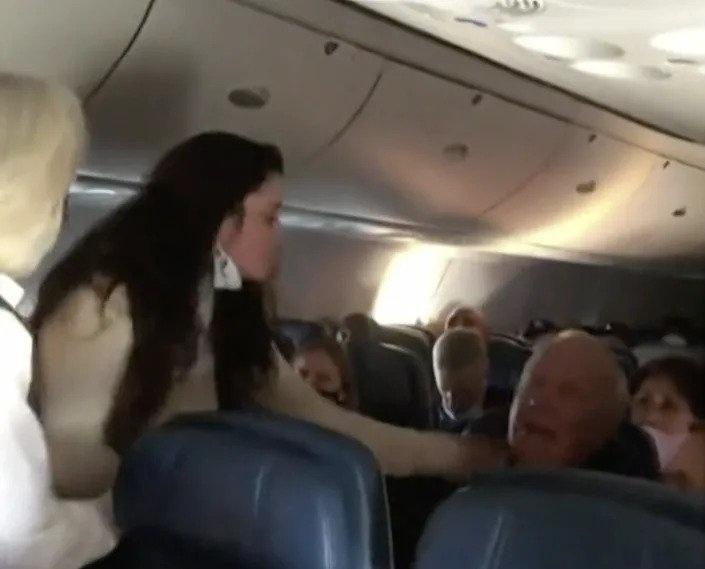 Can you eat wearing your facemask? Common sense, no, yet a woman was hit and spit at an elderly after he removed his face mask to eat.

The video of her uncontrolled anger went viral on the internet. In the video Patricia is seen slapping an unnamed man during for having taken-off his mask to consume food, noting that the lady passenger herself was caught on camera with pulled down mask.

“You mask up, b—!” he yells back. She is then seen slapping the man, who shouts, “You’re going to jail!”

Crew members are seen trying to take control of the angry woman, who is led down the aisle. As the flight attendant tries to restrain her, Cornwall then pushes her head in close to the man’s and appears to spit in his face.

The woman identified as Patricia Cornwall was arrested by the Federal Bureau of Investigation (FBI) after the wild incident aboard Delta Air Lines Flight 2790 on December 23, New York Post reported. She was accused of causing a midair “disturbance” that led to the injury of fellow passengers and Delta employees.