Rohit Kumar Yadav, a father of three, said that he would continue to visit the village whenever he gets time to teach children.

It is rare to find school children establish an emotional bond with their teachers -- even less when the 'teacher' is actually a policeman.

Rohit Kumar Yadav, a head constable in the government railway police (GRP) in Unnao, had been teaching around 125 children of Sikandrapur Karn block after his duty hours since September 2018.

Recently, he was transferred to civil police in Jhansi. When Rohit met his students to bid them farewell, they burst into tears, hugged him and urged him not to leave.

Watch video of the emotional send-off:

Rohit, 38, joined the Uttar Pradesh Police force in 2005. He said, "I am following in the footsteps of my father Chandra Prakash Yadav, who had opened a school in our native village Mudaina in Etawah in 1986 for the children of poor farmers. When I joined GRP, Unnao, in 2018, I would often watch children from underprivileged families begging in trains near Korari railway station. After speaking to their guardians, I started an open-air school -- 'Har Haath Mein Kalam Pathashala' adjacent to the railway station."

"I spent Rs 8,000 per month out of my salary to arrange for books, stationery and even clothes for children. Since it was a voluntary effort, I would conduct classes after my duty hours," he further added. 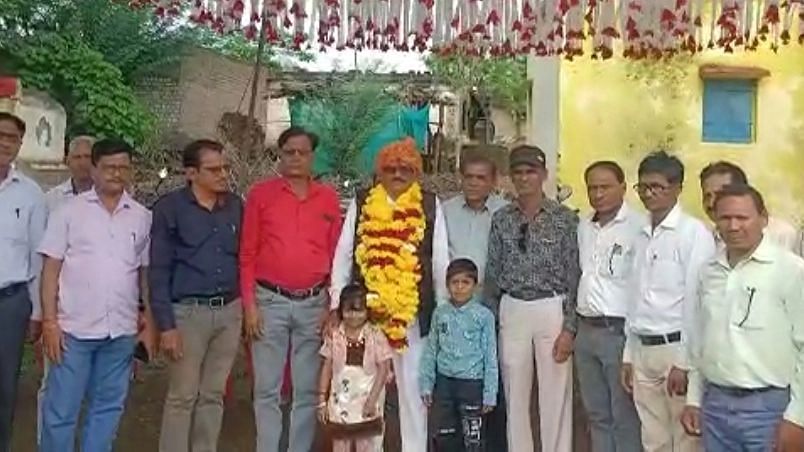 "The then district probation officer of Unnao, Rajendra Kumar, came to know about the initiative and offered me a panchayat office in Korari Kalan village to conduct classes. Later, a few more people joined me to teach the students," said Rohit.

Rohit, a father of three, said that he would continue to visit the village whenever he gets time to teach children. However, he has no plans to open another school in Jhansi where he has now been posted.

Raj Bahadur, SHO of Unnao Government Railway Police, under whom Rohit was posted, said, "I have never seen a cop who is so dedicated towards the welfare of marginalised children. He also continues to perform his regular police duty. He is a role model for all of us."