Sidhu was answering a question on the distribution of Labour Cards by the State Government during a press conference in Chandigarh.
FPJ Web Desk 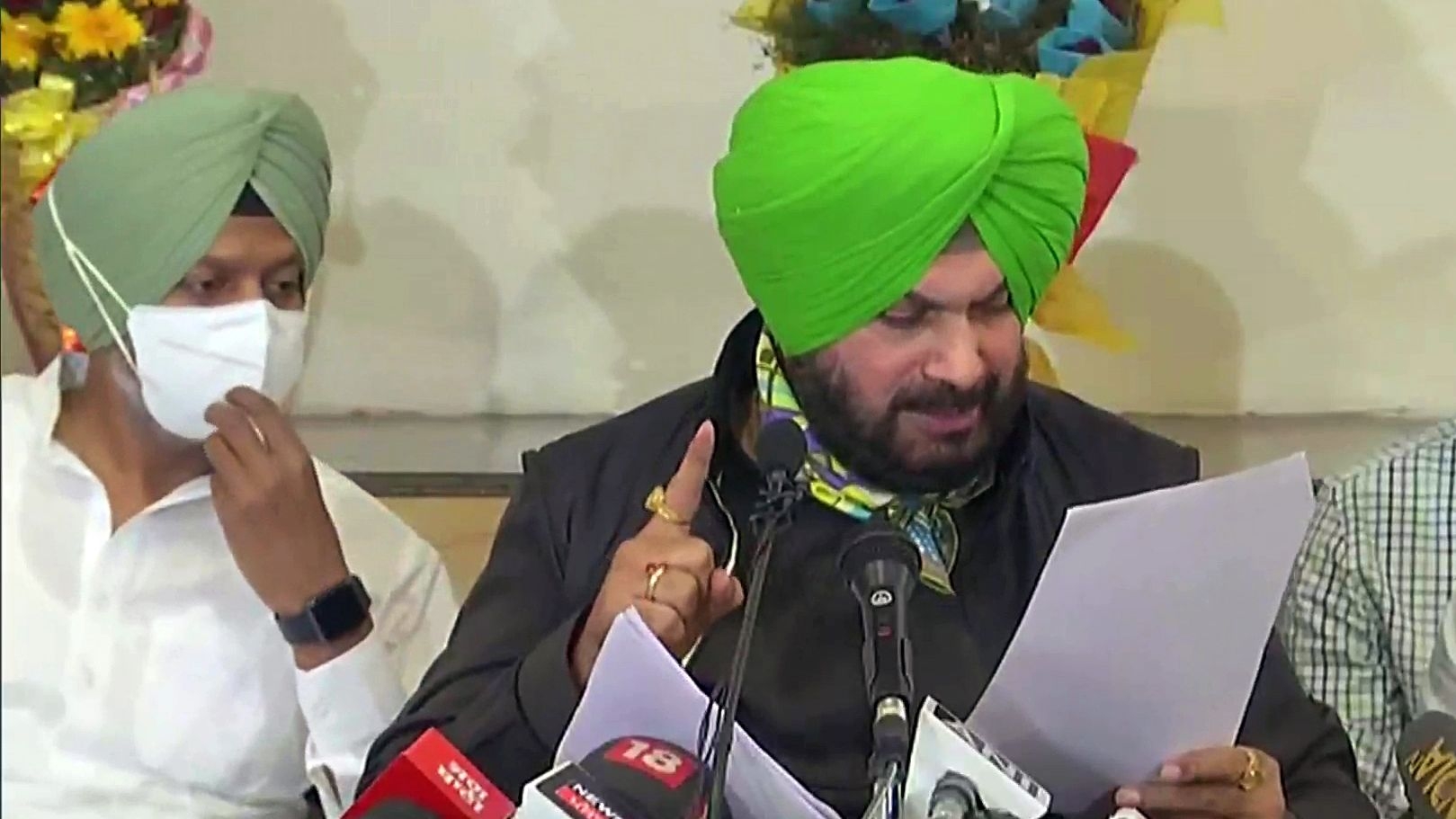 Punjab Congress president Navjot Singh Sidhu on Friday became the talking point on the internet after he used a cuss word during a conversation with media.

Sidhu was answering a question on the distribution of Labour Cards by the State Government during a press conference in Chandigarh while his tongue slipped and made use of an abuse term.

#WATCH | During a press conference in Chandigarh, Punjab Congress president Navjot Singh Sidhu answers a question on the distribution of Labour Cards by the State Government; uses a cuss word while speaking.

The incident soon went viral as netizens poured in their reactions for this big moment of embarrassment for the leader. While some laughed it off saying it could happen with any one others slammed the Punjab Congress chief for downgrading public disclose.

When we use MC BC in films censor board want us to mute them or take an A certification. On the other hand politicians are throwing MC BC Chu*** from public platforms left right and centre. https://t.co/hr1Ne5JLVZ

So much love for cuss words among public figures. https://t.co/zyfOJ4XZnr

Earlier it was Congress MLA #RameshKumar in the #KarnatakaAssembly glorifying rape and here this guy uses a cuss word. Shameful for #Congress https://t.co/Mh9O4bq6HX

Do people in Punjab not deserve better ?

A new low in public discourse & a mockery on political leadership by the feudal, arrogant dynastic enterprise ecosystem elites! https://t.co/a3X18x89Ej